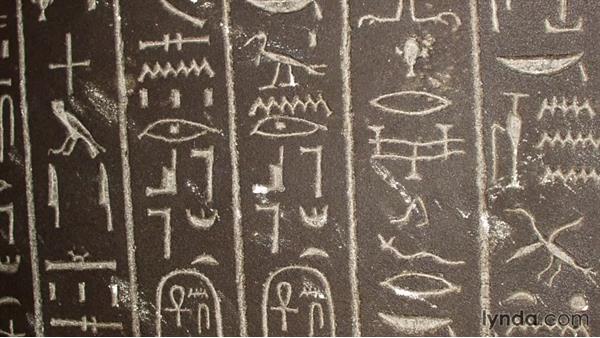 - Since we are a land dwelling creature, it may strike us as odd when someone reminds us that two thirds of the Earth is really covered with water. Maybe the same reaction you'd get when you tell a fish that one third of the Earth is covered with land. And speaking of thirds, let's not forget, that two thirds of our body is water. All of which is to say, that water is one of those visual metaphors a designer is going to have to be comfortable with at least three thirds of the time. I don't know why this would surprise anyone, but water really hasn't changed that much in the last several million years.

Same tides, same waves, same rains, same floods! So, additionally, we have pretty much the same visual perception of it. The zigzag waves we draw as a shorthand for water is the exact symbol the Phoenicians were using at the founding of the written language thousands of years ago! And the Egyptians, carving out their novellas in hieroglyphics, were loving the letter "N", which represented water with the very same zigzag line.

Only real difference here, is if they wanted to make water plural, they used three lines. Makes sense. When the Rosetta Stone was discovered, helping modern man translate lost language, we found the partial hieroglyphics used the water symbol 203 times. They were pretty obsessed with the stuff. And living in the desert, I'm not really surprised. Look at how these two logos have utilized the same visual language as prior cultures to symbolically represent water.

It's definitely a shorthand that anyone anywhere can pick up on. I think the challenge is finding new and compelling ways to express the idea of water. But, consider all the ways that water might manifest besides waves. Let's look at how best to demonstrate rain, mist, reflections, tides, splashes, droplets and even a few frozen variance, like snow. And no, I don't think the Egyptians did have a hieroglyph for that. 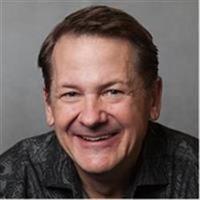 12/11/2014
No other topic has driven corporate identity more quickly than sustainability. When it comes to logo design, whether businesses are tied directly to the environment or not, references to nature abound. In fact, the most-searched terms, year in and year out, on Bill Gardner's popular LogoLounge site are terms like "tree," "water," "earth," and "nature." In this course, Bill tackles the hidden symbolism behind how we depict our planet, from what's in the sky to what grows in the ground, and teaches you how to use these symbols to give your logo designs more impact. These valuable insights will have you looking at nature in ways you never considered before, and help you better explain the natural elements in your logo designs to your clients.
Topics include: