A session with Brian Lee White 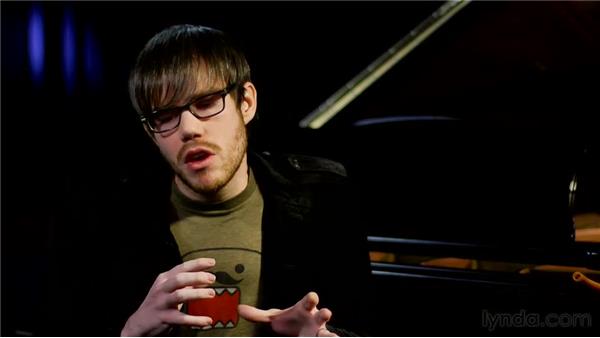 Join Brian Lee White for an in-depth discussion in this video A session with Brian Lee White, part of Audio Foundations: Compression and Dynamic Processing.

(music playing) My name is Brian Lee White. I am a mixer, producer, and educator, based in Oakland California, and I like to make records and show other people how to do the same. I grew up in a musical family. My dad played lots of instruments, played in bands, so I've been playing instruments since I can remember.

I got into computers at a really young age too, computer's and technology and the Internet. So to me, mixing kind of really incorporates this left-brain, right-brain, sort of very artistic right and aesthetics as well as highly technical and analytical components, and kind of fusing the two together into this kind of middle-brain spot, to really kind of achieve the best of both worlds, and deliver something that's really special. (music playing) I originally got into teaching sort of as a way to supplement my income in what is really a hard industry.

Ultimately, I really grew to love teaching, you know, being able to share my experiences, share my tips and tricks with everyone, and I kind of created this kind of nothing-is-secret approach. I came to that point because I would have students and I would have friends come to me and they would say things like, "Yeah, you know, I heard this really cool thing that my buddy was doing and he told me, 'I am not going to show it to you because that's my trick.'" I would hear that and I would that's just say, "That's ridiculous.

That's not the mentality that we need to have in this community of people making art." And I would immediately go and then show them exactly what they wanted to learn how to do and then some. The real value of a mixer, or a producer, a songwriter is what's in here, those instincts that tell you, you know, not how to do something, not how to turn a knob, but why you would turn that knob. I think ultimately the mix has to serve the song, right, it has to serve the emotion of the song, and ultimately when I'm working for somebody, I'm providing a service, so I ultimately want to achieve the goal of the songwriter and the producer, sort of where they want to go with their aesthetic, right.

And that could be both artistically as well as commercially. What I like personally in a great mix is I tend to gravitate towards mixes that really make a strong statement. Right, so, where the artist and producer and the mixer have all come together, they're all the same page, and they kind of say, let's go for this. We are going to go out there. This could be a polarizing aesthetic, this could be the sounds and the textures and the way we are presenting them, not everyone might get.

You know, we are going to make a really gutsy move on this, and we are going to make an artistic statement. Those are the kind of things that really excite me. As a mixer of course, sonics are a big thing for me, how things sound. Is it clear, was it recorded well? While that is my job, I think it's important for me as a mixer and other mixers, all the greatest mixers, what they recognize is sort of what draws people to a piece of music or a piece of art.

It can be totally disconnected to with how it sounds sonically. You can see it all over the place, right. You see people listening to songs off their cell phone speaker and just loving it, just digging it, right? You know, listening stuff off YouTube. It's been recompressed thirty times and it's no different to them. They are just, they are getting it, right. The emotional connection is not lost. People are really stoke on music, and it makes them happy, and even in very bandwidth-limited presentations where the sonics are just horrible, it still makes them happy, and they are still getting 99% of the same enjoyment out of it.

And so, I need to take that to heart and use those concepts to really serve the project I'm working on and try to present those so that that enjoyment is maximized, no matter what speaker system or compression algorithm is being used to put that out there. (music playing) One of my most important job as a mixer is to really own the aesthetic of the song and the genre and really present that to the listener.

So whether it's a crazy Garage Rock Punk Tune, that's going to have all kinds of distorted vocals and drums, or some super-clean R&B that's got a ton of low-frequency and a ton of high-frequency extension. You know, for me, I really want to own that genre. I want to own that aesthetic, and yes, fit it within sort of some genre expectations, and kind of really push that forward so that listeners of that genre--it's not a super big stretch for them to kind of take that and run with it--and I think that really makes my job super fun, because I know, I really get to wear all these different hats and to paint with all of these different colors from one day to the next.