- [Instructor] Now it's time to import audio data … into our project. … So I'm going to the File menu, … Import, … AAF, … And I navigate to my exercise files folder, … and choose the AAF file that's in there. … And say Import. … Now this takes a second, so if you want to pause this movie, … go ahead and navigate and do your import and then pick up … when you're done, that's fine. … So I'll say Import. … It's opening the files. … And, it has encountered some audio that's at 441k. … So it's asking me, … do I want to change the project sample rate? … Well I don't, because I'm working with video. … Or do I want to just convert the files … to our chosen sample rate of 48k, … well I'm going to go ahead and convert. … Not sure which one of those files it was, … but right now they're all at 48. … So, just going to tap the letter Z, … so that I can zoom to the length of the project, … and it kind of looks like everything's in place. … Now, these are tracks that we saw earlier … when I imported this AAF, and showed you that. … 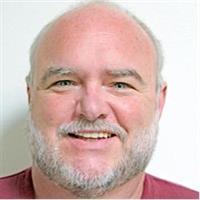