Boost or cut? The relative nature of EQ and headroom 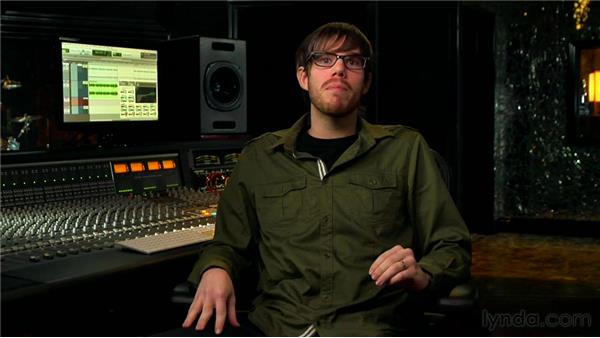 Join Brian Lee White for an in-depth discussion in this video Boost or cut? The relative nature of EQ and headroom, part of Audio Foundations: EQ and Filters.

A common question I get constantly from my students is whether boosting is better than cutting, or vice versa. This is a great question because thinking about an answer reveals the relative nature of boosting and cutting different frequencies from a signal. Generally, we boost for tonal correction or to increase the good stuff that we like, and we cut to remove artifacts or things we don't like about the signal. But could we not cut the frequencies around the good stuff and achieve the same thing as boosting those frequencies? Yes, we certainly can, and many times do.

This is the reciprocal nature of EQ: a boost in one place is similar to a cut in another. If I want to increase the high-frequency content of a guitar track, I could boost the highs using their shelving filter or alternatively I could cut lows using the shelving filter and turn the entire signal up in the mix. (music playing) Why cut instead of boost? Boosting a signal will eat up your EQ and mixers' headroom and increase the chances of clipping and distortion.

Headroom can be thought of as a safety zone, allowing audio peaks to exceed the average working level of the signal without clipping or distortion. Think about the ceilings in your house. Unless you're an NBA player, you can likely walk around the house just fine without hitting your head on the ceiling. Depending on the height of your ceilings, there's probably a good two to four extra feet of headroom in case you get excited and want to jump up and down. Here is a simple example.

Let's say you have a signal that's reaching peaks of -6 dBFS or 6 dBs from the clipping point of your DAW's mixer at 0 dBFS. If you were to boost that signal 12 dB at 10K, that boost will result in a clipped and distorted signal. That 6 dB is over the system's maximum output value. So, what can we do? Well, if the signal really needs a 12 dB boost and there's only 6 dB left worth of headroom, I could do one of two things.

I can either turn the entire signal down before going for my boost, which most EQs allow you to do with an input control, or using the reciprocal nature of boost and cut, I could opt for a different combination of filter settings, possibly cutting other frequencies to achieve a similar tonality to that boost. At first, your ears will be more sensitive to boosts than cuts. In other words, you will hear a boost of 3 dB easier than you will hear a cut of 3 dB. But remember, the benefit of cutting over boosting is that it doesn't eat up any additional headroom.

Another potential benefit of cutting or removing gain is that EQs tends to have more transparent with fewer artifacts. I say this is a potential benefit because in contrast, you might actually want some of the additional harmonic distortion added by huge boosts on vintage or vintage-modeled EQs. My point is not to scare you away from boosting--sometimes it's exactly what the signal needs--but understand that if and when you do need to boost, headroom will be decreased and at some point it becomes finite in your EQ or mixer, potentially leading to clipped or distorted signals.

So do yourself a favor. Understand that headroom and level matter. Learning how to use the reciprocal nature of boost versus cut with an EQ can really be the difference between a muddy distorted mix and the mix you want.

Video: Boost or cut? The relative nature of EQ and headroom