How NTP works for authentication 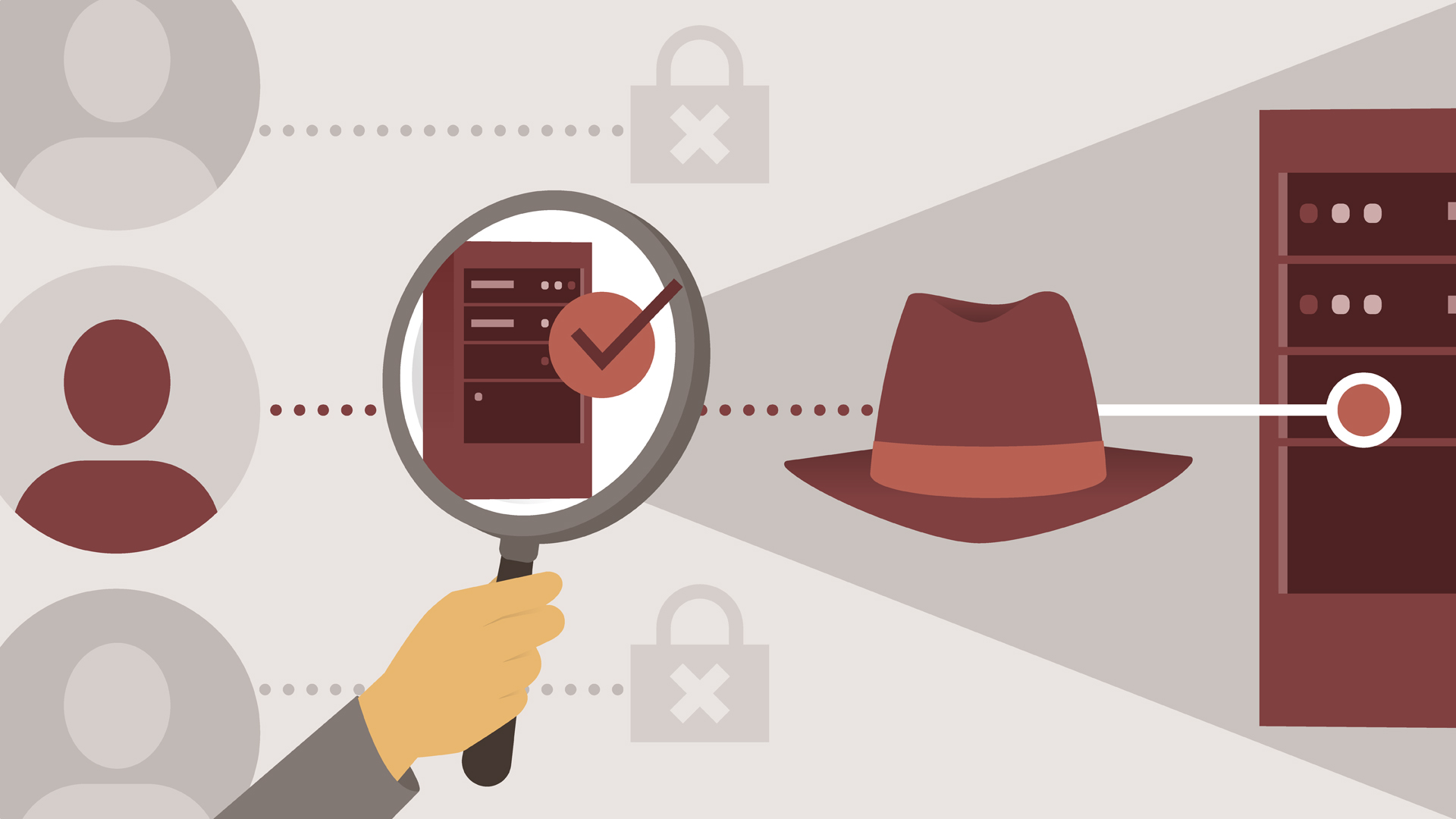 When authenticating via a network server, it's crucial that both the client and server have the same time. Network authentication protocols such as Kerberos and Google Authenticator require the authentication process to be short. This, in turn, requires the clocks to be synchronized. NTP is an intelligent protocol for doing this.

- [Instructor] It's important for all network-attached computers to have the same time for multiple reasons. All log messages, file accesses and logins are marked with a timestamp. Computer real-time hardware clocks, or RTCs, are built into every computer, but are only used to get the time when the computer boots up. The reason for this is that real-time clocks are inaccurate, and can lose five seconds per month, or more. Once the computer has booted up, it uses the TSC, or time stamp counter, built into the CPU, to maintain time, which is accurate, but not persistent between reboots.

At stratum 16, the time is considered unsynchronized. Network time synchronization is important for authentication. When a user tries authenticating, the system records the timestamp. It then measures the amount of time used to authenticate. If the time was too great, authentication fails. For remote authentication sources, things are more complex. Timestamps are used in authentication protocols, such as kerberos, to prevent replay attacks, where an attacker can reuse an authentication token.

Most implementations of kerberos authentication do this. If the token is more than five minutes old authentication will fail, so it's important to have the correct time on both a client and the server. Newer versions of MIT kerberos calculate the offsets between the clocks during authentication, so the time difference is not as important. Other authentication methods, such as Google Authenticator and RSA SecurID also require synchronized clocks, and have a much tighter threshold of 30 to 60 seconds. Without synchronized time between a client's server, authentication fails.

Peered hosts synchronize their time with each other. Peered hosts usually work at the same stratum level. Lastly, an NTP client only retrieves time information from an NTP primary or secondary server. A client can receive this information either by pulling an NTP server, or listening for NTP broadcasts.

2/15/2018
Earning the Red Hat Certified Engineer (RHCE) certification-the benchmark certification for Red Hat Enterprise Linux (RHEL)-demonstrates to both your current organization and potential employers that you possess expert-level competence with RHEL. This course covers authentication with LDAP and Kerberos as part of RHCE certification prep. Join instructor and Linux enthusiast Grant McWilliams as he discusses using Network Time Protocol (NTP) for authentication, as well as configuring an NTP server and client. Grant also explains how to set up a Lightweight Directory Access Protocol (LDAP) server and client, and how to configure Kerberos client authentication.
Topics include:

Video: How NTP works for authentication