Understanding what parallax is and how no-parallax point helps 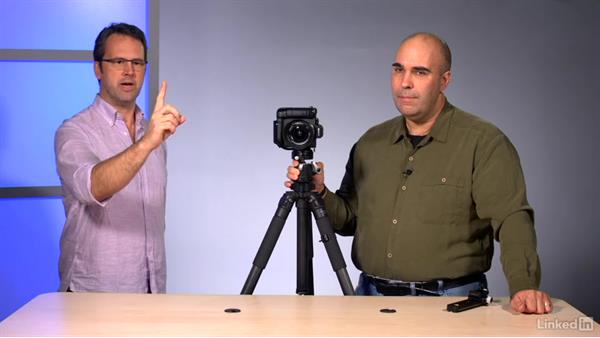 - Okay, let's get the camera attached to the tripod so we're getting ready to shoot. Now, Ron, you're gonna help me through some of the things to think of here. We've already established that we want to get the camera into sort of a vertical portrait position. Now, most people would do it this way. They attach it to their tripod and then your head usually has sort of a notch on the side here that you can just loosen this and sort of flop that into one of those notches but what's wrong here? - Well I don't like that because now the lens is even farther away from our rotation point as it is when it's in the other position.

- So, while this is fine if you're on a budget and you were shooting portraits and you just wanted to convert your tripod into portrait mode, it doesn't really work for panoramic shooting because this is a huge distance. I mean, let's just lock this down and take a swing here. As that moves around there, that's gonna be problematic right? I mean, we just have huge differences between the camera position and lens position. - [Ron] That's right, we're trying to keep the lens right above this place where it's rotating. - Alright well we could take that back to center and just release this and on this type of camera we've attached a dedicated L bracket which basically gives you two Arca-Swiss plates here and there's different brands out there but these points allow us to easily turn the camera, drop that into the head, and so better right? - [Ron] That's improved it, now our lens is still not rotating quite over the center point, the rotation point over the tripod but it's closer.

- And if we were doing something like shooting mountain ranges or shooting the great outdoors, not a lot of architectural details, you could probably get by with this if you had to, right? - [Ron] Right, what we're getting at is that we're going to have what's called parallax if we have our camera set like this. Now, parallax if you haven heard of that before here's a really great simple demonstration of that and that's to just hold up a finger in front of you, go ahead and do it I'm the one on camera looking silly and I want everyone out there to do that and just rotate back and forth. If you look at your finger during that time you'll see that the background changes in relation to your finger.

Well that's parallax and if we do that when we're shooting overlapping images then just like your finger and whatever is in the background for you doesn't line up, it won't line up in our images either. - If you're dealing with things like maybe street tiles, cobblestones, diagonal lines, streets, roads, grids, architectural details, you can have a panoramic photo that won't stitch or just looks kinda weird. - [Ron] And you mentioned taking photos of something like a mountain range, things that are very far away from your camera, if that's the case, parallax really won't be an issue and you can get away with doing what we're doing here.

- But there is a way to compensate for that and that is to get the camera shifted back a little bit. So we're going to explore some other rigs in depth but let's do this simply. I'll take this off for a moment and essentially we're gonna use a rail in this case and I'm just getting it a little further away. So this has it's own bubble level on it here making it pretty easy to actually level this and I'll attach that to the tripod head and this is just a small simple plate so I can move the camera forward and back and why do we need that ability to slide? - Well now what we're going to be able to do is move the camera back which positions the lens directly over the rotation axis of the tripod.

- So I'll just open that up and drop it in and now it's relatively in the right position. Now we're gonna explore the exact process in just a moment but more or less, describe what we've done here. - [Ron] We've already improved our situation again because now it's the lens that's over the rotation axis rather than the camera and we'll go ahead and show you next how to get that setting exactly right. - [Bald Man] Alright well we've walked you through some of the essentials here, let's break down all of these pieces of equipment in greater detail and show you specifically how to compensate for the no parallax concept. 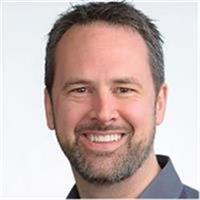 Video: Understanding what parallax is and how no-parallax point helps