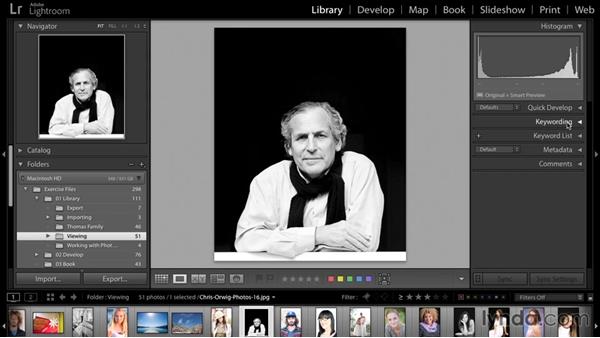 - Learning about photography also means learning about photography software. You'll want to learn how to use software to manage and organize your photos, to enhance and transform them, and to share them. This whole process, from organizing to editing to outputting, is often called the photographic workflow. Many programs have features that handle all three phases to one degree or another. There are free programs. Smartphones come with them, Apple includes one with Mac OS X, and so does Microsoft with Windows. One of these free apps is a great way to get started, but in time, you may want a more powerful program.

For casual photographers, that can mean moving up to Adobe's Photoshop Elements. It has a lot of the same image editing features that you'll find in its famous cousin, Photoshop, but it also has features for organizing and sharing photos too. But for most pros and advanced enthusiasts, the programs of choice are Adobe's Lightroom and Photoshop, which are available together as part of the Creative Cloud subscription plan. They work together. Lightroom handles the whole organizing, enhancing, and sharing workflow, while Photoshop, of course, is for industrial strength image enhancement, retouching, and complete transformation.

I'll talk more about enhancing and sharing photos later. First, let's take a look at photo management. It's important, because digital cameras make it really easy to take a lot of shots in a short amount of time. Photo management is all about storing and organizing photos in ways that make them easier to find. A big part of that is something called metadata, which is simply information about each photo, the date you took it, the camera and lens you used, the exposure settings. Every camera records this and more along with each shot.

The camera in your phone does too, and adds the location where you took the photo. This location awareness is sometimes built into bigger cameras too, or you can add it using GPS accessories. The fact that all of this metadata is automatically recorded with each photo is huge. For starters, it enables your software to organize and display photos according to when you took them. This is the most basic method of organizing and viewing photos, because it basically happens automatically. Your photo management software stores all this metadata and lets you search for photos based on it.

Show me all the photos I took last October, in California. These kinds of searches are easy, because your camera's recording all this information, and your photo software's letting you look for it. You can also add other kinds of metadata that help you further classify and organize your shots. For example, most programs let you create and assign descriptive keywords. If you create keywords for the types of photos you take, landscapes, portraits, flowers, whatever, you can assign them to those photos, and then be able to search for that later.

You don't have to use any of these features if you don't want to, but the more you take advantage of them, the less time you'll spend hunting for photos later. Most programs also have some automated features that can help. The most common is something called face recognition, the ability of the software to recognize the people in your pictures. This makes it a lot easier to organize, find, and collect photos of specific people. This whole image recognition thing is getting particularly interesting in the online world. Two big cloud photo services, Flickr and Google Photos, have added image recognition features that can identify things like food and cars and specific colors and even specific dog breeds.

I love that feature. Some of it's a little bleeding edge right now, but it points to a future where software will be able to recognize a lot more of what's in a photo, which ultimately will help you find the photos you want. Speaking of cloud storage, it's worth learning about those options, at the very least, as a way of backing up your most important shots. Flickr and Google Photos are two options, and so is Dropbox. This cloud service can store almost anything. It's not just about photos, but it handles photos in some interesting ways, including a free companion app called Carousel that lets you browse and share photos on your desktop computer or mobile device.

So, metadata and image recognition and searching are all big parts of photo management. Another big part is the ability to organize photos into what some programs call either albums or collections. A collection is just that. It's a group of photos that you want to keep in a virtual envelope, all the best images from a particular shoot, for example. These virtual albums give you another tool for organizing your photos. All the photo management tasks I've talked about here are usually ones that you do when you're sitting at your desktop or laptop computer, but there are tools that let you do some of this photo librarian stuff using a mobile device.

The best known is Adobe's Lightroom Mobile. It runs on the iPad and works together with the desktop version of Lightroom to let you do some photo organization and enhancement when you're on the go. And finally, I've been talking about photo management throughout this movie, but the tools I've described here also work with videos clips too. These aren't tools that a professional video shooter would use to organize hours of footage, but they are good for organizing the short clips that you might shoot at the same time that you're out shooting stills. 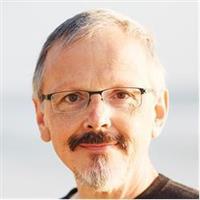 9/18/2015
We are living in a golden age of photography. Photographs are used to tell stories, sell products, and capture moments to share with others. Want to join in? Take a high-altitude tour of the core concepts of photography, and the courses that will help you learn them. Content manager Jim Heid covers topics such as This course is designed for beginning photographers, but no matter where you are in your photographic journey, it's a great resource for learning more. Be sure to check out the companion playlists for this course in our Playlist Center.