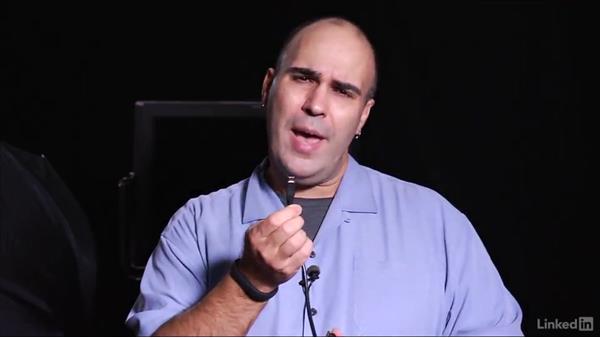 With a modern digital camera, chances are you have more than one way to tether. Let me walk you through some of the typical connection options that are going to be available. One of the last common denominators, is to take advantage of the actual memory card slot. Now, some DSLRs are going to have two slots, which is great. Typically, one's going to be SD the other's going to be compact flash, or maybe two SDs. And what this is going to allow you to do is drop in a wireless card. So you can go get a card that's going to actually work. Pop that into the second or primary slot.

And then by adjusting the camera menu settings, you can set it to go ahead and mirror to both cards. In this case, maybe you're going to shoot raw to one card. And a JPEG preview image to the other. And that can be easily wirelessly tethered out to the computer, or another device. Maybe your camera has a dedicated Wi-Fi option built in. More and more cameras are doing that. And if not, you'll even find sometimes that they include an option to just have a dedicated port. So, this particular Nikon of mine, came with a specific Wi-Fi adapter, right here.

And in this case, it just plugs into the USB port, but it does the job. So I could take that. And plug it in. And in this case, I could use the Nikon software to make the connection, and transfer things to my wireless device, like my mobile phone or my tablet. These Wi-Fi solutions are a little bit slower than going with a direct connection type. They work and they're ultra-convenient, because you're wireless. But they're not perfect. So what happens if you want to be wired? Well, what options do you have? Well, more and more, thanks to DSLR video, you're going to see cables like this one, which is an HDMI cable.

And in this case, you're going to have two types of connections. Typically the bigger connection is what's used to plug into a monitor. Or to an adapter to extend this cable and connect it to another HDMI cable. This is the full size HDMI. On the other end, you're going to have a mini, or a micro connection and these smaller connections are going to be typically what goes in to the camera. So, you can go ahead and connect that directly. Let's just pull that wireless adapter out in this case. And I could take that in. There we go.

And then this end can be run into a monitor. Depending upon the camera you're using, the HDMI may or may not give you a live output. This works great for things like DSLR video. But it's not as effective for shooting rapid-fire stills. But at any point in time, push the slide show button on the back of your camera, and you're sending out a beautiful full-screen image that people can easily look at. What happens if you want the best of both? Well, maybe you can get a wired connection with a wireless connection. There are lots of devices out there.

One of the ones that I like to use, is called the CamRanger. And this allows you to connect to your camera's USB port. And then it will allow you to actually remotely control the camera, tether, do advanced options, and we're going to explore this later. It's super easy to use. You just attach it to a hot shoe, and then you can put it on top of the camera pretty easily. Like that. Or, I can go ahead and attach it to a leg of the tripod. There's lots of ways to make this work.

All in all though, it's going to give you that flexibility that you want. But, let's go with the simplest, most proven method, which is the USB cable. Most cameras are going to use an A to B cord. This is a pretty standard USB cord that you're use to. One end is the A plug, and this is what you're going to use with the computer. This is the B plug, the smaller plug, and this is what's going to actually connect to the camera itself. It doesn't matter which one you have, there's lots of cords out there. This just happens to be a bright orange cord, so it's less likely to be tripped over.

Remember, as you're out there shopping, there's lots of USB cables. Get the one that works for you. Make sure it's long enough so the camera's not under tension. And this is going to make it really easy to connect it to the camera. And we'll explore that next.

8/5/2016
Connecting a computer to your DSLR camera opens up a brand-new world of opportunities in image making. You can gain greater control over your in-camera adjustments and get a more accurate picture of your lighting and setup. In this course, Rich Harrington introduces the tethered shooting workflow and shows how to connect your camera to a computer, an external monitor, and even an iPad or mobile device. He'll review the shooting environment, building the tethered station, software solutions for tethering, and wireless shooting with a CamRanger or GoPro camera. Plus, get an in-depth look at seven different software solutions for tethering, including Lightroom, Canon's EOS Utility, Capture One Pro, and more.

These techniques work well both in the studio and in the field, so you'll be prepared for all tethered shooting scenarios.
Topics include: