When and where to meet, and who to invite 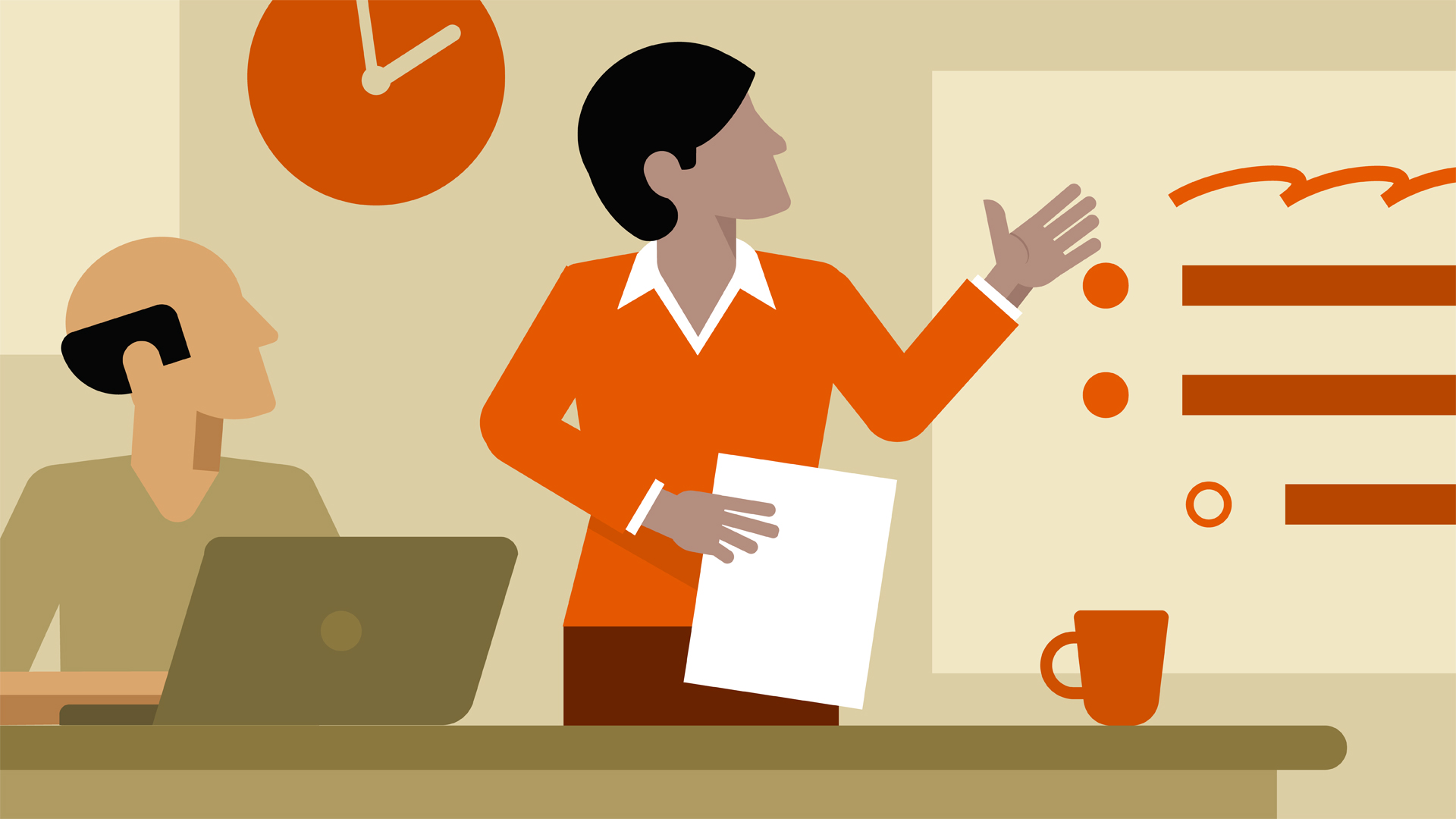 Choose a quiet room, away from work—the fewer people the better.

- Once you know the contents of your meeting, you can decide where you're going to have the meeting, when you're going to have it, how long it needs to be, and who you need to invite. Let's have a quick look at these four. First, where to have the meeting. Ideally, you want a quiet room if there is one. And if possible, it would be a distance away from work to avoid distractions from other people coming into the meeting or the attendees being tempted to nip out to deal with emergencies during the meeting.

And the room should be big enough, not too hot or cold, and it needs to have some sort of visual aid, like a whiteboard or a flip chart, as well as either a projector or a large TV screen. But actually, before you book that boring meeting room, maybe it's worth considering changing the location of your meetings sometimes to keep it feeling fresh, which I think might stimulate more new ideas. Take the team out to lunch for the meeting, or go into the big posh director's conference room or even into your own office.

And if it's a small group, maybe sit outside somewhere, or plan to have a walking meeting somewhere outside or just around your building. As the setter of the agenda, you have the power to do this. Next, when to have the meeting. These are all the times that I think are bad. Having the meeting before the day starts will be quiet and it does avoid interruptions, but you don't have the right to ask people to work outside their hours.

Also, I personally would be useless at 7:00 a.m. It's too early for people like me. 9:00 a.m. is bad because it implies that you'll spend all morning in the meeting. And also, it's prime time for people to be organizing their day. Meetings over lunch are an option. But again, you're intruding on possible private time, which some people might not want to give up, and the food might be a distraction. 2:00 p.m. is like 9:00 a.m. It implies that you're going to spend all afternoon in the meeting.

You could, of course, book the meeting from two 'til three, so it'll only last an hour, but the discipline is being undermined by that start time. 4:30 is bad because people will be tired. And if the meeting does need to take longer, then you're making people stay on late. In fact, they're going to clam up as you get near 5:00 p.m., or whenever your finish time is, even if there are still important items to discuss. And 6:00 p.m. is just bad. You should be going home then.

Other people have lives, even if you don't. So that doesn't leave much, does it? I think it mainly leaves 10:30 and 3:30. Although, if any of your meeting attendees are customer-facing, you might also want to think about key times for answering incoming customer calls and making outgoing sales calls, which might be mid-morning or mid-afternoon. So I think your best times are 10:30 and 3:30 and possibly 9:00 a.m. and 2:00 p.m., if you definitely keep to that finish time of an hour later at 10 or three.

Third is the question of how long. Well, the agenda tells you, in theory, but ideally you'd keep to a maximum of one hour. There's research that shows that people's concentration levels drop off considerably after about an hour, so the meeting will be much less productive if it's longer than that. In fact, 45 minutes is best. And if there's more than this much on the agenda, then it's better to cut the meeting in half. Cutting the meeting in half may mean that you can invite fewer people to each part of the meeting, which is a big cost-saving.

You can see from the diagram that if you only need half the people for each half of the meeting and if you deal with the items quicker because you have fewer people to discuss them, then you reduce your cost, in my example, from 30 person hours to just 10 person hours. Because instead of having 10 people for three hours, which comes to 30, I've now got five people for one hour and a different five for another hour, which is 10 in total. Finally, there's the question of who to invite.

For all meetings, except one-way communication meetings, which are really more of a presentation, the rule is the fewer people the better. If you have more than six people, then consider pruning the meeting. They probably don't want to be there anyway. Each extra person you invite makes the meeting slower and longer. If someone's only going to make a small contribution, you can avoid inviting them by getting their thoughts sent in beforehand, or they can brief someone else who's attending.

Alternatively, you can invite that person to just part of the meeting. If the agenda items are all timed, then you know which time slot you're going to need them for, and you don't have to waste their time having them in the meeting for the whole duration of it. It's also an extra incentive or even an excuse to tick off agenda items in a timely manner. You could say, "Well, it looks like Archie's here "to share his sales report, so let's move on." Now, one idea that goes against my theme of inviting the minimal number of people is to invite one younger or more junior colleague to your meeting.

And of course, younger and more junior might not be the same thing. This will have a number of advantages. First, if they're more junior, they might be closer to the customers or closer to the real people who are doing the real job. Their opinions won't be clouded by what management thinks or what other people think. We've always done it this way. We tried it 20 years ago, and it didn't work. And if they're younger than you, they might be more up with the latest technology and the latest social trends, which the managers probably know nothing about.

And also, for the young person who comes to the meeting, it might be really motivational for them to feel a little bit important and good experience to see the thought processes of the meeting, to see what management are working on, and that there are reasons for the sometimes mysterious things that they do. And it could be the start of delegating some of the work. Lots of advantages to be gained from adding just one extra person to the meeting. But if a meeting has become too big, too long, with too many people, you could also consider having the meeting less often, or maybe start a smaller meeting on a different day and with a new name to deal with all of the easy parts.

And if the new, small one covers everything you need, then you can let the big one slowly fade away, eventually discontinuing it, and this avoids you having to uninvite everyone from the meeting. So a good room, at the right time of day, meeting for an hour maximum, with six people are less, that would be ideal. 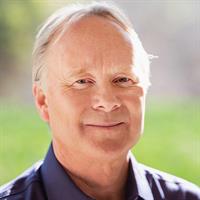 10/31/2017
Agendas are the most important thing for an effective meeting, and yet they aren't paid much attention. People aren't trained on creating agendas; they just sort of happen, and often they are done really badly. In this short course, management trainer Chris Croft shows how to build your own agenda and circulate it for ideas and distribution. He explains when to send it, who to send it to, and what factors should be considered in any worthwhile agenda.

Video: When and where to meet, and who to invite