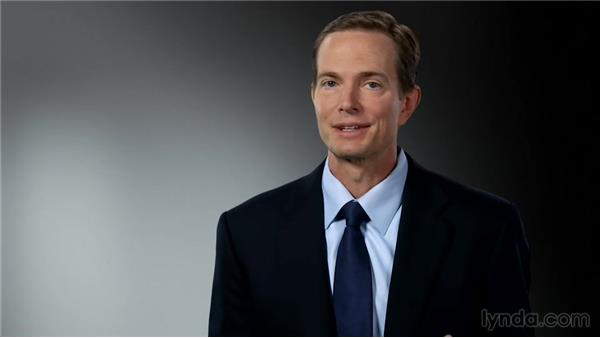 - At the 2010 Winter Olympics the TV coverage showed downhill skier Lindsey Vonn just before her final run. She was shivering and shaking. A nervous breakdown? Just the opposite. The commentator explained "She's mentally rehearsing. "She's visualizing every "lean and turn on the course." It was part of Vonn's pre-event routine. Helping her manage the stress of the moment while channeling her focus for peak performance. A few minutes later, she posted the best time in the event and won the Gold Medal. Athletes like Vonn, and others who perform under pressure like actors and singers commonly use pre-game rituals.

So can we. It's the first of two great techniques. We can adapt for our purposes to channel anxiety into excellence. Number one. Use a pre-game ritual. There's a reason world-class performers do this. It works. It's a brief routine you create to put yourself into a strong, confident, positive state mentally, emotionally and physically. There's research that shows a couple minutes can make a dramatic difference. Direct your thoughts toward the kind of thinking you associate with excellent performance. Focus on your positive purpose for being in that meeting or remind yourself of times you've come through challenges before and succeeded.

It's similar with your emotions. Nudge yourself toward feelings you associate with excellent performance. Let's say you're feeling anxious. Don't resist it. That tends to make it worse. Instead, find a slightly more functional feeling that's in a nearby emotional neighborhood. Nudge that nervous feeling toward feeling determined. Instead of being stuck in a "I'm really nervous" cycle take that nervous energy and point it toward "I'm really determined to channel "all this energy for a great cause." As for your physical state.

Use behaviors associated with success. Adapt a posture that presents you at your confident best. Research shows it lowers stress and raises confidence. Also, take a few breaths. Deep and slow. Fill your whole diaphragm then exhale evenly and thoroughly while you focus on your preferred thoughts and feelings. Some people also like to use phrases that help them get centered or motivated. "I'm happy to be here." or "I'm here for a great cause." Lindsey Vonn was probably combining all three. Intentional thoughts, feelings and behaviors.

Visualizing a successful performance simulating the emotions she wanted to experience and using physical movements to pre-pave her actions. You can combine all three too. Experiment and have fun putting your pre-game ritual together. But sometimes, unexpected things happen during the game, so to speak. You might get caught off guard in a meeting or anxiety might sneak up on you in a presentation. That's where our second technique comes in. Number two. Don't fight it, frame it. When anxiety, fear, panic and insecurity show up repressing them can empower them.

It's a very clever part of ourselves that gets in our own way with tricks and techniques to allude the blunt force of our willpower. We can't squash it but if we frame it instead of fight it we can outsmart it. Here's how. First, accept anxiety as a normal natural human response. It's there. Fine. Then, put it in its proper place and proportion. Because anxiety comes on so strong it feels like the whole of your experience. But that's just an illusion. It's only part of the picture.

In fact, let's go with that. Think of your current state as a huge picture or a canvas to paint on with a frame around it. Take the part that's anxious, acknowledge it and then shrink it down into the lower corner. Make it a little portion of a much larger grander positive masterpiece. You're re-framing the picture and the frame is your positive purpose. To fill in all that positive space you can use visualization techniques picturing mentors and role models giving you great advice. Or envisioning success states. What will it look like to do great in that upcoming meeting? You can talk your way through it too.

There's some anxiety down here. Lower part of the picture. It's there for a reason. To help energize me to create this. The rest of the picture. Or. I'm feeling some nerves lower part of the picture because, and then go to your purpose. I'm feeling some nerves because I really want to do well. You might hear that inner voice saying "You're not ready." or "You can't do this." or "You're gonna fail." Now just because it's loud doesn't mean it's true nor is it the only voice. It's just drowning out the others.

So, acknowledge it, put it in the corner turn the volume down on that voice and turn up the volume on other, better advisors. What would your mentors or role models say to you in this situation? Call them to mind as virtual advisors. You'll be able to think of some things that they're likely to say and they'll have much better advice than that jerky inner naysayer. In fact, the next time you wanna channel anxiety into projecting more confidence as one of those virtual advisors be sure to recruit someone like Lindsey Vonn. She'll surely remind you to use a pre-game ritual and put your anxiety to work to serve your purpose.

If you frame it, instead of fight it it's all downhill from there.