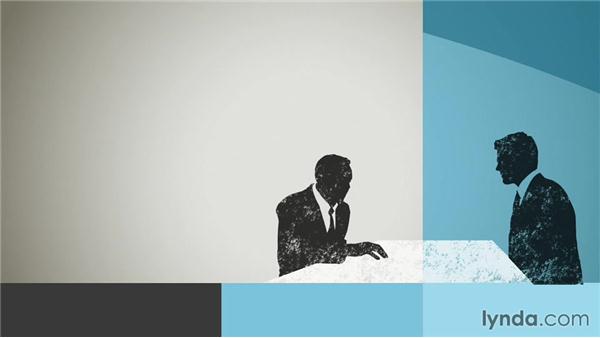 - Communicating is not like driving on a quiet, familiar one way street. Guaranteed that, if you keep the steering wheel straight, you'll get exactly where you want to be. Achieving your intended impact. In the real world, communicating is more like navigating an unfamiliar zig-zagging backroad, with surprising bumps and detours and someone else often steers. Under these conditions, it's much harder to get where you want to go. Achieving the impact you intend. When we interact with others, whether interpersonal communication or formal presentations, intent is what we hope they'll think, feel, and do.

Impact is what they actually think, feel, and do. Here is a challenge, we tend to judge ourselves by our intent but others judge us by our impact. So for strong communication in any situation, with any counterpart or audience, we have to remember that intent isn't impact. And between our intent and their impact, are dozens of off-roads. Misinterpretations, misunderstandings, and mistaken assumptions. Everyone has various biases, preconceptions, potential distractions, and competing adgendas that can get in the way.

We all know this from experience, we've all been misunderstood in the past, you've had that happen, right? It's not fair, sometimes even with the best of intentions, our impact is the exact opposite of our intent. One executive I coached, when people disagreed with him he would scowl at them with an angry look on his face. Soon, his new team stopped offering ideas and he couldn't understand what was wrong. He loved being challenged, the scowl was simply how he looks when he concentrates. He wasn't mad, he was listening. Another executive I worked with stood up abruptly in the middle of a team meeting and shouted, "Are you telling me that this has been going on for "two months and I didn't even know about it?" His team was insulted and intimidated, but his intent was to express disappointment with himself.

He was taking the blame, not giving it. In the hundreds of executive coaching engagements I've had over the years, so many of them with truly, amazing, talented leaders. Some version of the intent-impact gap comes up every single time, it happens even to the best people, with the best intentions. Research in this area extends what we know from experience. Not only does the intent-impact gap exist but we tend to vastly underestimate how big the gap can be. Elizabeth Newton conducted famous experiments in which people were randomly divided into two roles.

Tappers and listeners. The tappers chose from a list of songs well known to the people in the experiment, such as, Happy Birthday to You and Row, Row, Row Your Boat. Then they tapped the rhythms of their songs on a table and their listeners were asked to guess the song. Tappers predicted listeners would get the song right 50 percent of the time. The actual result, 2.5 percent. They almost never go it right. Instead of one out of two correct guesses, it turned out to be one out of 40. That's the intent-impact gap in action.

Why did it happen? Because the tappers always hear the song in their head while they're tapping. You can try it yourself, you can't unhear the tune in your mind while you're tapping. But listeners hear no tune while the tappers are tapping. Just a strange pattern of sounds. The tapper's intent was to communicate a song. The listeners impact was random noise. There are important real-world implications here. We can't unthink all the work, and preparation, thinking, and personal history that go into our intent. And our listeners can't magically get up to speed on all of that even if they wanted to.

One more point about the tapper, listener experiment. The tappers tend to be frustrated with the listeners, "It's so easy, what's wrong with them!?" But there was nothing wrong with them. The listeners were simply experiencing their impact. This points to a critical danger when others don't understand us. We're tempted to think that their impact is their fault. But in real-world situations, blaming our listeners is never a good option. It can sabotage results and quickly cause lasting damage to our relationships and reputation.

So we need to remember that when we communicate, we're always tapping and our intent is the song in our heads that our listeners don't hear. When we don't have the impact we want, don't ask, "What's wrong with them?" ask "What can I do instead?" And what can you do, to gain the strong, clear, positive impact you want in your communication? Those are the steps we cover in this course. It begins crucially here. Being aware of the intent-impact gap. When we're aware of it, we can take positive steps to proactively bridge it, before, during, and after our communication.

There's work to be done but it's the best kind of work and the results are more than worth it. The communication road that connects intent to impact, has curves and rough patches but at least it's not boring. It's definitely the scenic route, the best one to take. Let's take it.