Listen to what's said, unsaid, and how it's said 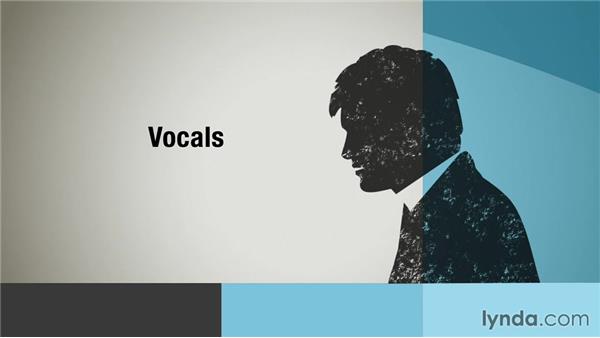 - Scottish composer and percussionist Evelyn Glennie lost nearly all her hearing as a young girl, yet went on to a ground-breaking career in music that's included winning Grammy awards. When somebody asks her, How do you hear? She responds, How do you hear? Is it only with your ears? For Glennie, and for us too, listening is more than being able to repeat back what people say. Listening is not only hearing, it's understanding. To do it well, we need to listen to what's said and unsaid, and also how it's being said.

Let's focus first on listening to what's said and unsaid. It's important to hear what people say accurately. As Mark Twain said, "The difference between "the right word and the almost right word "is the difference between lightning "and the lightning bug." If you miss something or you're not sure you've heard accurately, ask them, because you want to make sure you're getting it right. At this point you're not evaluating, just tracking for accuracy and understanding. Here are four ways to track what they say and don't say.

Why does what the other person say make sense on their terms? Why are they saying this now, instead of sooner or later? Why are they emphasizing these points, instead of something else? What else could they say that would explain even more? Sometimes the key to understanding is what someone isn't saying. I coached a client frustrated that his advice to a talented direct report about collaborating wasn't working. It turns out what the direct report left unsaid was how much he feared conflict.

He understood the collaboration advice, but he couldn't use it because he feared it would put him into conflict. That was the real issue. But he couldn't say it directly. He didn't want to look weak to his manager. Understanding what he wasn't saying was the key to turning things around. In this case, as very often, there were probably clues in those earlier conversations between the manager and his direct report that fall under the next guideline. Listen to how it's being said. People send signals about what they mean with their vocals and body language that sometimes differ from the words they say.

As we go through the next points think about someone who's real underlying meaning you might sometimes miss, and see if any of these signals might come up. First, vocals. When others speak, notice variations in their volume, pitch, pace, and tone. When do these change? Are the variations consistent with the words they're saying, or do their vocals send a different message, and why? Second, body language. Notice posture, movement, gestures, eye contact, and facial expressions. Are these congruent with what they're saying, or do they tell a different story? Third, emotions.

What's the person apparently feeling? Are their emotions in sync with their message? If not, what might make sense of that disconnect? For disconnects between people's words and their vocals, body language, or emotions, what's the underlying cause? How would they explain it if they were fully aware of it and fully open and honest with you about it? Now you might not know for sure, but be considerate, open to understanding, ask thoughtful questions, and you'll connect more strongly and have even more impact. Now back to our example with the manager and the direct report talking about collaboration.

Not irresponsible in this case, not lazy, something else. Based on many years of coaching experience, the direct report was probably giving subtle signals somewhere in his vocals and body language that the conversation for him wasn't just about collaboration. There was a different conversation going on in his head, unspoken but more potent, about fearing conflict. If the manager notices those clues, the real issue can be addressed, trust enhanced, performance improved, and everyone better off much sooner.

That's often the difference between words and meaning. It can make all the difference to build trust, connection, relationship, and stronger impact. So listen beyond the words, especially when you find yourself repeating discussions without making progress. As Evelyn Glennie implied, there's a lot more to hear than meets the ear.

Video: Listen to what's said, unsaid, and how it's said