If creativity were the only key element of innovation, the job would be rather easy. The key is figuring out how to foster creativity without losing control. Learn how to do this through well-defined sandboxes where people are given enormous freedom to experiment while protecting the rest of the organization to focus on the current strategy.

- Google has long championed an 80/20 rule. Every Googler or Google employee is required to devote 80% of their time to assigned tasks. Equally importantly, the other 20% is spent on their own side project that doesn't need approval from their supervisor. Google Now, Google News and transit information on Google Maps are some of the innovations that started out as 20% projects.

Google's 80/20 rule is one of many ways that organizations can foster creativity without losing control. The foundation of innovation. It's rare to come across a CEO or any manager who doesn't value creativity. Yet, go to any corner of the world and it'd be hard to find many organizations that would deserve better than a D grade in how creative they actually are.

This is true not just of government bureaucracies but also of profit driven companies including those led by founder CEOs. So, why the mismatch between intentions and outcomes? It seems that most managers fear that letting go would result in a loss of control, thereby leading to chaos. But, if properly designed, every organization can foster massive amounts of creativity without risking chaos.

The trick to letting go without losing control is to set up well-defined sandboxes where people can experiment as wildly as they choose. Look at Google's 80/20 rule. In terms of allocation of time, there is a well-defined 20% sandbox. The fact that people are required to devote 80% of their time to assigned tasks ensures that the proverbial trains keeps running on time.

The sandbox doesn't have to be a certain percent of people's time. It could be a subunit of your company. Say you're running a hotel chain with 500 properties. What if the general manager of every property took one wing off a floor, accounting for a few rooms, and used it as the sandbox to test out their own fresh ideas? In one go, you just suddenly have 500 innovation labs within just a single company.

Some of the ideas may well be dumb, but a few may emerge that are truly game changers all without risking loss of control or chaos. Besides well-defined sandboxes, leaders can also use other ways to spur creativity without losing control. They can lay down stretch goals that challenge and inspire their employees. If the market is growing at 3%, asking people to think about how to help the company grow at 4% can only result in incrementalism or answers such as, "let's try harder." But, asking people to think about how to grow at 20% will foster out-of-the-box thinking.

Another approach is to go deeper in understanding customers. Don't just ask customers what they want or need. Observe how they live and operate. What makes them happy or unhappy, what are the pinpoints? A deeper understanding of customers can uncover their underlying needs before they realize it. Another way is to look at other industries that tend to be early movers.

For example, anti-lock breaking systems were developed first for airplanes. From there, the technology migrated to commercial vehicles. It was only later that this innovation came to passenger cars. So, auto companies that were monitoring innovations in airplane breaking systems would have had an early mover advantage. Last, engage routinely and actively with young startups including those housed in incubators or accelerators.

Since they have no existing baggage to defend, they're far more likely to be fresh thinkers as compared with incumbent organizations. You may learn something or lot from them. You may want to partner with, invest in, or even acquire some of them. Google's YouTube and Android businesses started out as acquisitions. The same is true for Facebook's WhatsApp, Instagram and Oculus businesses.

There's no shame in learning from others, only in having your head buried in sand. 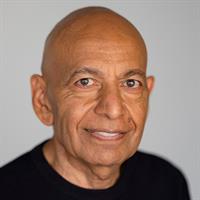 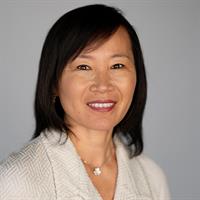 8/3/2017
No company can survive without innovation. Large or small, new or old, for profit or nonprofit, all organizations need to keep morphing to succeed. But how do you nurture nonstop innovation? Strategy experts Anil Gupta and Haiyan Wang outline the core logic of innovation and show how leaders at many companies and nonprofits—including Apple, Amazon, Google and Khan Academy—nurture innovation without losing control. They outline the multiple ways—including design thinking, lean startup, and collaborative innovation—in which any organization can innovate. They also show how companies can change the rules of the game by dramatically redefining the target customer, rethinking the value proposition for the customer, and/or reengineering the value chain. And, they discuss the why and how of digital transformation and social innovation. Use these strategies to uncover new pathways to innovation at your organization.
Topics include: