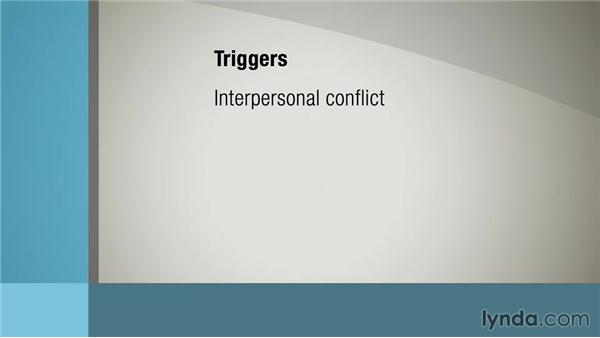 - A few years ago, I saw a great example of executive presence but one that might surprise you. It was at a special leadership development program in a leading global media firm. Each year, they select 15 high potential executives from around the world and give them a high stakes project to complete as a team over several weeks. They need to self-organize, choose a leader, complete the project, and present their recommendations to the CEO. They're under intense scrutiny, being evaluated and compared against each other in everything they do, and they know it. The group usually has 15 vice presidents, but in this case, there was one gentleman from a Brazilian office, we'll call him Marcos, who was one rank lower than the others.

The other VP's didn't know him before the program began, and he was the youngest person in the group, and yet, they chose Marcos as their leader. I asked the participants why. One said, whenever Marcos talks, I learn something. He doesn't compete or posture. When he speaks, I want to pay attention. That answer crystallizes a great way to think about executive presence. How can you be seen and heard and have others want to know your perspective, even in competitive environments, even when your listeners don't know you? Now, how can you strengthen executive presence? By focusing on three areas, perspective, poise, and projection.

It begins with perspective, stays on track with poise, and is made evident through projection. Let's cover the three areas in order. People with executive presence have a broader perspective that comes from a strong underlying passion to make things better, beyond their own concerns. They think beyond their job description, and they lead beyond their role. They help teams explore why they're doing things, to ensure the work aligns with positive priorities and values. They consider long-term implications of their choices and facilitate discussions about that.

They're curious about how others outside the current meeting will be affected by decisions, and they bring those considerations into the discussion. In short, they think ahead, in terms of time, place, and people, and help others to do it too. That's the broader perspective, connecting today's conversations with tomorrow's bigger picture progress. But under pressure, it could be challenging to keep that broader perspective in view, and that's where poise comes in. People with executive presence tend to stay poised and composed, despite stress, fear, or uncertainty.

Building poise starts with self-awareness. When do you lose your poise? We all have triggers that throw us off. What's yours? Common ones include interpersonal conflict, time crunches, resource reductions, dealing with ambiguity, people failing to do what they say, or any number of personal fears and insecurities. We all have loss of poise patterns, and it's so empowering to find them. Identify the situations that tend to throw you off-center, then replace ineffective responses with broader perspective behaviors.

Pause, take a breath, stay calm, and carry yourself like a leader who knows the current crisis will inspire better outcomes. Maintain your poise, so you can project yourself with confidence, clarity, and force. That's our third key factor, projection. Strong projection is the opposite of blending in and doing what others do. It's stepping up and standing out with professional poise, especially when it matters. Executive presence leaders take a stand. They don't dither, and they don't hide. To get seen and heard, you need to have something to say.

Here's some best practices for strong projection. One, take clear points of view on important choices at hand. Two, support your point of view with examples and evidence. Three, challenge others to do the same. Four, admit when you're wrong, but do it firmly with self-assurance and acknowledge the other person who advanced your thinking. Give confident credit. I was wrong about that, thank you. Five, respond decisively when challenged. Note that's decisively, not defensively, but if it turns out you're wrong about something, go back to number four.

Six, whether you're right or wrong, acknowledge others and give credit. Step up and stand out but don't isolate yourself. You're not leading if no one else comes with you. Bring others along. What Marcos did with the executive team aligned precisely with these guidelines. He spoke up but with broader perspective substance, not self-serving gibberish. He challenged others to express their best views, and they respected him for it. Why? Because he projected himself with clarity, force, and confidence but without being arrogant or disrespectful. He was secure enough to want others to be strong too.

Isn't that something that we admire in others? And what's ineffective presence, after all? It's being narrowly self-serving, instead of an honest broker with a broader perspective. It's cowering or raging, instead of holding poise. It's acting with professional immaturity, instead of projecting yourself like a seasoned pro. Like Marcos, you don't need to be a certain age or have a certain title to gain executive presence, if you focus on three key things. See the broader perspective, maintain your poise, and project yourself with clarity, force, and confidence.