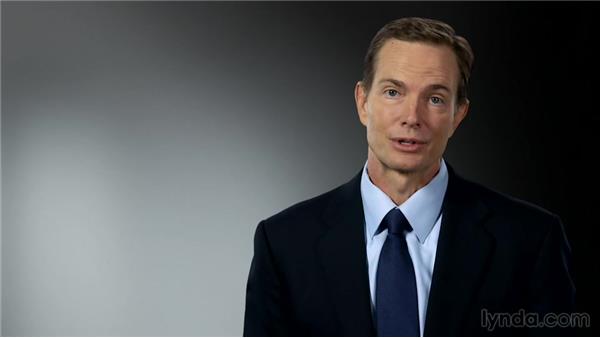 - My friend Scott went to a Hawaiian island with his wife to visit her family. After a long day, he stood up and said others in the room, "Oh, I'm so tired, I need to go to sleep. "Goodnight everybody." The next morning, his wife told him, "You embarrassed me last night, you left without making the proper departure." Turns out the cultural custom when leaving is to compliment each person on what they did that day and give them a chance to compliment you. It's a nice tradition, isn't it? Now Scott unintentionally violated a cultural norm and in so doing didn't even realize the negative impact on others in the room.

But it's not just countries or regions that have cultures, organizations have cultures too. It's just like Scott on that Hawaiian island, in organizations, we need to adjust to the culture, so we don't undermine ourselves. The impact of culturally miscues can be disrespectful, or even offensive, because they violate the norms for the way we do things here. Strongly held beliefs, values, or customs. To enable you to navigate culture at your organization or if you're meeting with people from another organization, let's cover six factors. Common ways that organizationally cultures differ.

All cultures have strengths and weaknesses and either side of these six factors can be functional or dysfunctional, we're not judging that here. Whatever the culture is, I want you to be aware of it, so you can be successful in it. First factor, Task vs. Relationship. Do meetings start with, "Let's get down "to business" right away? Task culture. Or instead, "Let's build some rapport, and get to know each other, and share some social or even personal matters." Relationship culture. Can you count on things getting done on time, every time? Task culture.

Or does that depend on what the definition of done is and the definition of on time. Relationship culture. Second factor, Competitive vs. Cooperative. Are you in a survival of the fittest influencers environment where you need to highlight your personal accomplishments? Competitive culture. Or is supporting others, crediting their accomplishments, and collaborating across boundaries more valued? Cooperative culture. The third factor is Direct vs. Indirect. Is it, "Give me the blunt, honest truth "even in public, and even if it's ugly." Direct culture.

Or is that way too dangerous to do, and what's really preferred is diplomacy and tact. Indirect culture. (mumbling) executive I worked with who absolutely thrived in direct cultures said one of her guiding principles was this, if you're in a causing conflict, then I don't need you. She was very successful in that direct culture, but would need to adapt to be as successful in an indirect culture. Fourth factor, Hierarchical vs. Non-Hierarchical. Do things such as job title, rank, and status matter a great deal in how you interact and communicate with people? Hierarchical.

Or are those things just labels that no one cares about? Non-hierarchical. I once worked with an organization that let everyone come up with their own job titles, whatever they wanted. One guy put, on his business card, as his job title, in bold font, right below his name, "Head of Cabbage". Now that's non-hierarchical. The fifth factor is Process-Driven vs. Spontaneous. Are there methods and operating guidelines in place for how you're supposed get things done? Clear steps you're supposed to follow? Process-Driven.

Or is that viewed as stifling and bureaucratic and instead, people adapt as things unfold and treat all challenges as fresh and new? Spontaneous. When people try to bring process into a spontaneous culture, which is common as organizations mature, it's very challenging. And in those cases you need to keep proving how process generates more ideas and innovative solutions. And the sixth factor, Short-Term vs. Long-Term Focus. Do people focus significant attention on near-term results and reactions? Short-Term Focus.

Or do they tend to view current conditions as temporary ups and downs on a steady march toward a more distance future vision? Long-Term Focus. I worked with a leader whose publicly traded firm has to report financial data on a quarterly basis. Expressing how hard it is to lead long-term initiatives in a short-term culture, he said, "In this company "everything in the quarter is for the quarter, "until next quarter when it happens again." Okay, now I want you to Assess your culture and take action on it.

First, for each of the six factors, Which way does your culture lean? And How much? Go through each factor and, if you can, compare your perspective with others in your organization. Second, based on who succeeds and fails in your organization, Which of the 6 factors is the most important one for you to align with? And not violate. Make that a priority when you communicate and interact with others. Now, it's time for me to go, but as learned from my friend in Hawaii, I should make a graceful, complimentary exit and hopefully not mess up the pronunciation.

So thank you for watching, I hope you enjoy navigating your organizational culture and have the impact you want and deserve. (speaking Hawaiian) Until we meet again.