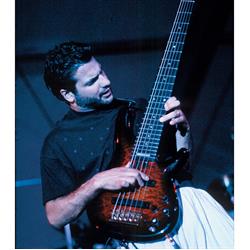 John Patitucci is a legendary bassist, composer, and musical educator.