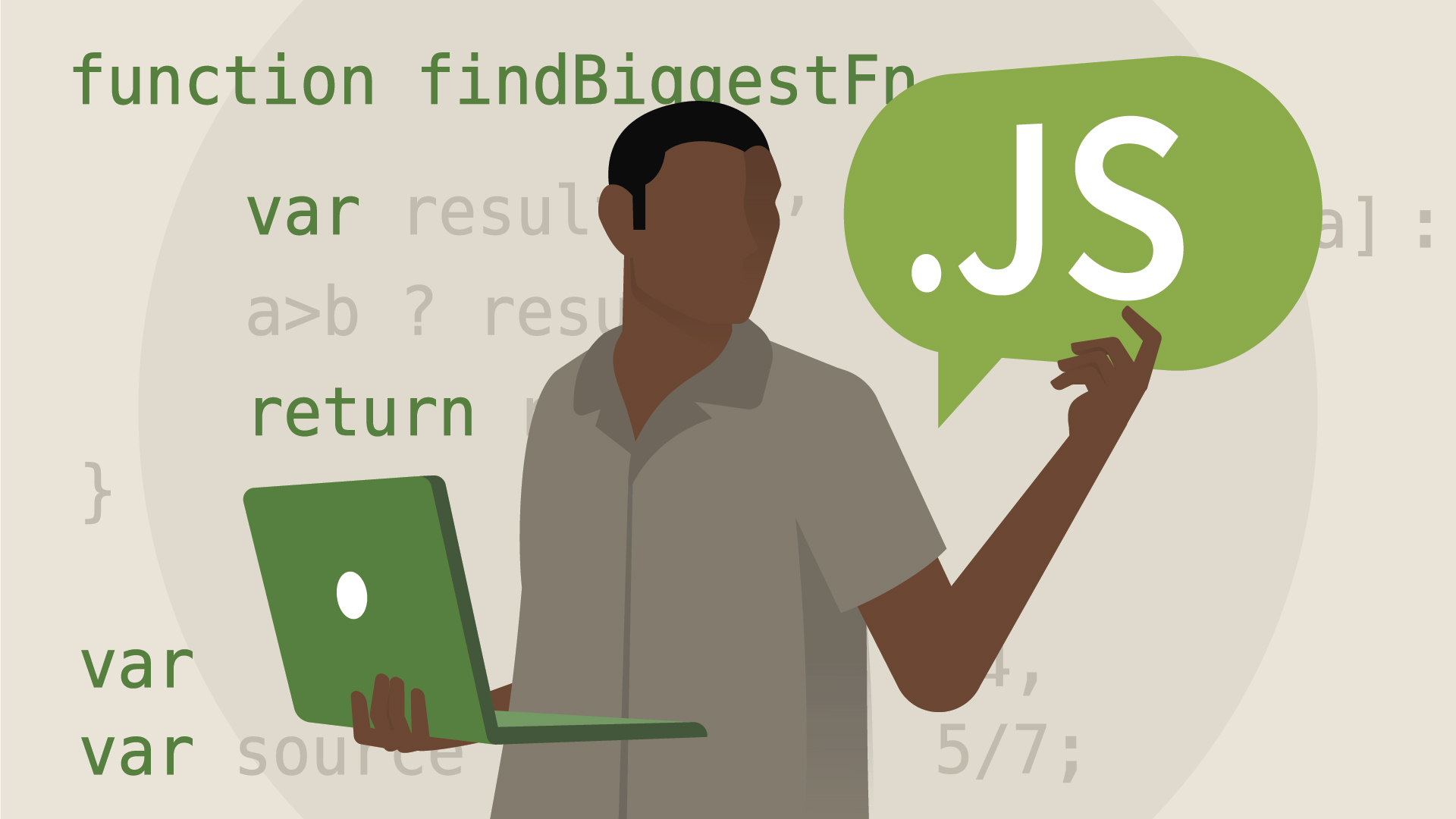 - [Narrator] Javascript is a fairly lenient coding language. It's loosely typed, it doesn't care about white space, it's indifferent to our use of semicolons, allows us to take strings with numbers in them and pretend they're numbers, and it even allows us to do weird things like accidentally use undeclared variables. This leniency can lead to, let's call it suboptimal code. So it's a good idea to run your scripts through a few checks just to make sure they're up to par before releasing them on the web. The easiest way to check the quality of your Javascript code is to run it through an online quality checker.

The oldest and most well known of these is JSLint that you see right here. Any time you hear people talk about Linting their Javascript, they are likely referring to JSLint. JSLint sifts through your Javascript code, character by character, line by line, and tells you that everything you're doing is wrong. No, seriously, that's what it does, just check this out. In the exercise files for this movie, you'll find our typing speed tester project. I've made some subtle changes to the script.js file to reduce the code quality, but the script still works as intended, and is good Javascript.

Now I want to check it in JSLint. So I highlight and copy everything, go to JSLint.com, scroll down to the bottom, here I have to activate ES6 so that it doesn't flag every single const and let I have. Then I paste my script in, click JSLint, and what I get in return is a huge list of errors. Like, huge. And I have to admit, the first time I used JSLint on my code, I was so demoralized, I walked away from Javascript for a week. Then I talked to some other developers, and realized JSLint just likes to tell you everything you're doing is wrong, or rather, JSLint is extremely opinionated and wants you to follow the strictest coding standards imaginable.

Which is not only unrealistic, but as far as I'm concerned, totally unnecessary. Don't get me wrong, JSLint is an incredibly important tool, very powerful, and ensures that you write Javascript correctly and consistently. The problem with JSLint, in my opinion, is it puts too much emphasis on small, irrelevant things, and the important issues get drowned out. As an example, it's not happy about my lack of white space inside the array declarations. If I scroll up here you'll see, it says, expected one space between comma and zero, three times.

Figuring out what matters and what doesn't in this list requires a high level of skill and confidence, not to mention time. So, while JSLint is the de facto gold standard for Javascript code quality, I like to use a more lenient alternative called JSHint. Just like JSLint, JSHint goes through your code to find any errors, but unlike JSLint, it holds your code to a reasonable standard that is easier to meet. More importantly, it focuses your attention on actual problems and helps you sort them out.

To use JSHint, you have to go to Configure and make sure New Javascript Features ES6 is toggled on. Then you paste in your code on the left hand side here, and immediately you get all the metrics about your code, as well as any warnings, and any other issues. And here you see it says, I have two warnings, so there are two serious problems. There's a missing semicolon on line 2. If you hover over it, you can see that line is highlighted up here. There, missing semicolon. There's another one missing on line 7, and then we have a long list of these undefined variables, and here you see all my timer variables are undefined.

So what's happening here is JSHint is saying, so you keep using this variable called Timer, but it was never defined, so I don't really know where it's being declared. Of course, in this case, it's being declared at the very top here, on line 7. Finally at the very bottom we have one unused variable, Let Text Match. Using this breakdown, I can now very easily fix my Javascript. I simply highlight each one of them, so missing semicolon on line 2, error goes away. Missing semicolon on line 7, that error disappears.

And then we have all these timer variables, so at the top here, I say var timer, all of those errors go away, and finally text match on line 34, since it's unused I can just get rid of it, and now I have much better code. If I now highlight all this code, if I go back to JSLint now, and paste in the code, and run JSLint again, you'll see I still get a ton of errors. Here's the thing, as an exercise, it's a good idea to take your script, put it into JSLint, and clean it up to the point where JSLint says that the script is perfect.

However, what you'll see when you do that is it takes a ton of time, and there are a lot of opinions that are being imposed on you by JSLint that may not make a lot of sense. Therefor, use this tool as an exercise, and use it to check if your code is roughly where it needs to be, but if you're looking for actual code quality and errors in your code, use a tool like JSHint instead. Using either of these tools on your code will help you learn how to write better code and clean up any mistakes or oversights or bad habits before shipping that code.

And if copying and pasting into an online tool like this seems like a bit of a hassle, don't worry. In the next movie I'll highlight some tools to automate this process.