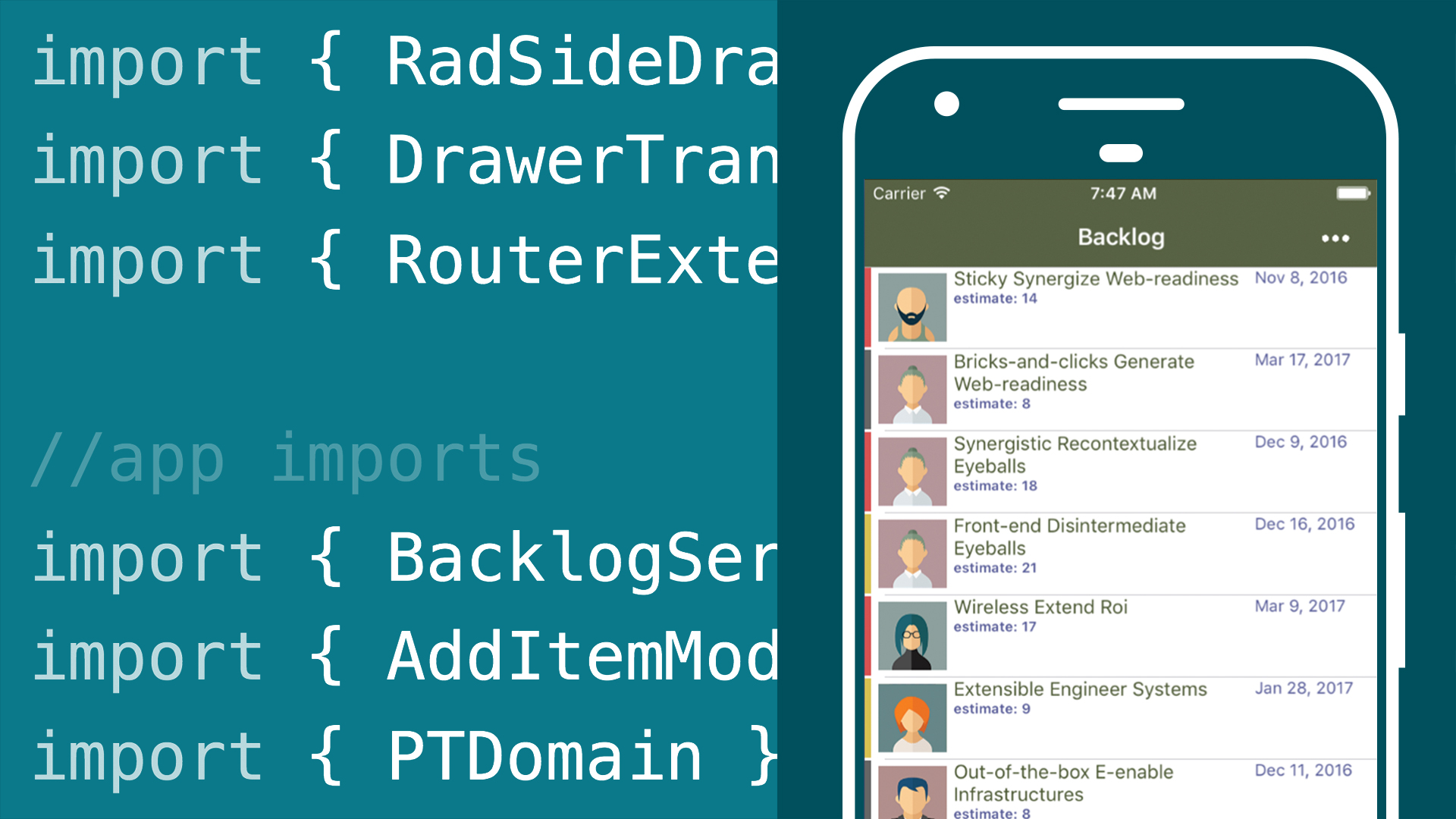 In this video, Alex Ziskind shows the main.ts and app.module.ts files and discusses the differences between this and a web-based application.

- [Instructor] Now that you have seen a framework sandwich,…I'd like to add one more ingredient into the mix.…When it comes to using Angular with NativeScript…there's an extra package that you get…when you use the Angular template with NativeScript.…You can think of these as the seasoning…on your sandwich that helps connect the flavors…of NativeScript and Angular together.…The NativeScript team build a few helpers for you…that integrate closely with Angular,…but provide Native functionality…and in some cases, such as navigation,…provide even more functionality than what is possible…with Angular on the web.…

We'll see specific examples of this…in the navigation chapter,…but for now let's review this extra package…and how it is used to bootstrap…the Angular Native app.…In the package.json file for the project…the Angular template installed it…with the NativeScript Angular mpm package.…We're going to use a few modules from this package…in our RPS app to engage with our Angular framework…in the Native mobile world.…