Java syntax and APIs in Android 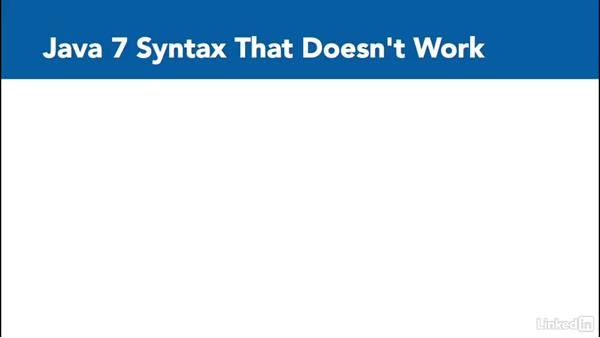 Programming in Java for Android looks and feels very similar to other Java platforms. The basic syntax is the same, and as I’ll describe most of the Java’s core APIs work just like they do elsewhere. But there are some critical differences. And that’s because the version of Java you use in Android isn’t exactly the same as Oracle’s version.

- [Voiceover] Programming in Java…for Android apps looks and feels…very similar to other Java platforms.…The basic syntax is the same, and most of Java's…core APIs work just like they do elsewhere.…But there are some critical differences.…And that's because the version of Java…that you use in Android isn't exactly…the same as Oracle's version.…The version of Java in Android…is based on Apache Harmony,…an open-source implementaion of Java…that was created by the Apache Foundation…as a clean room implementation.…