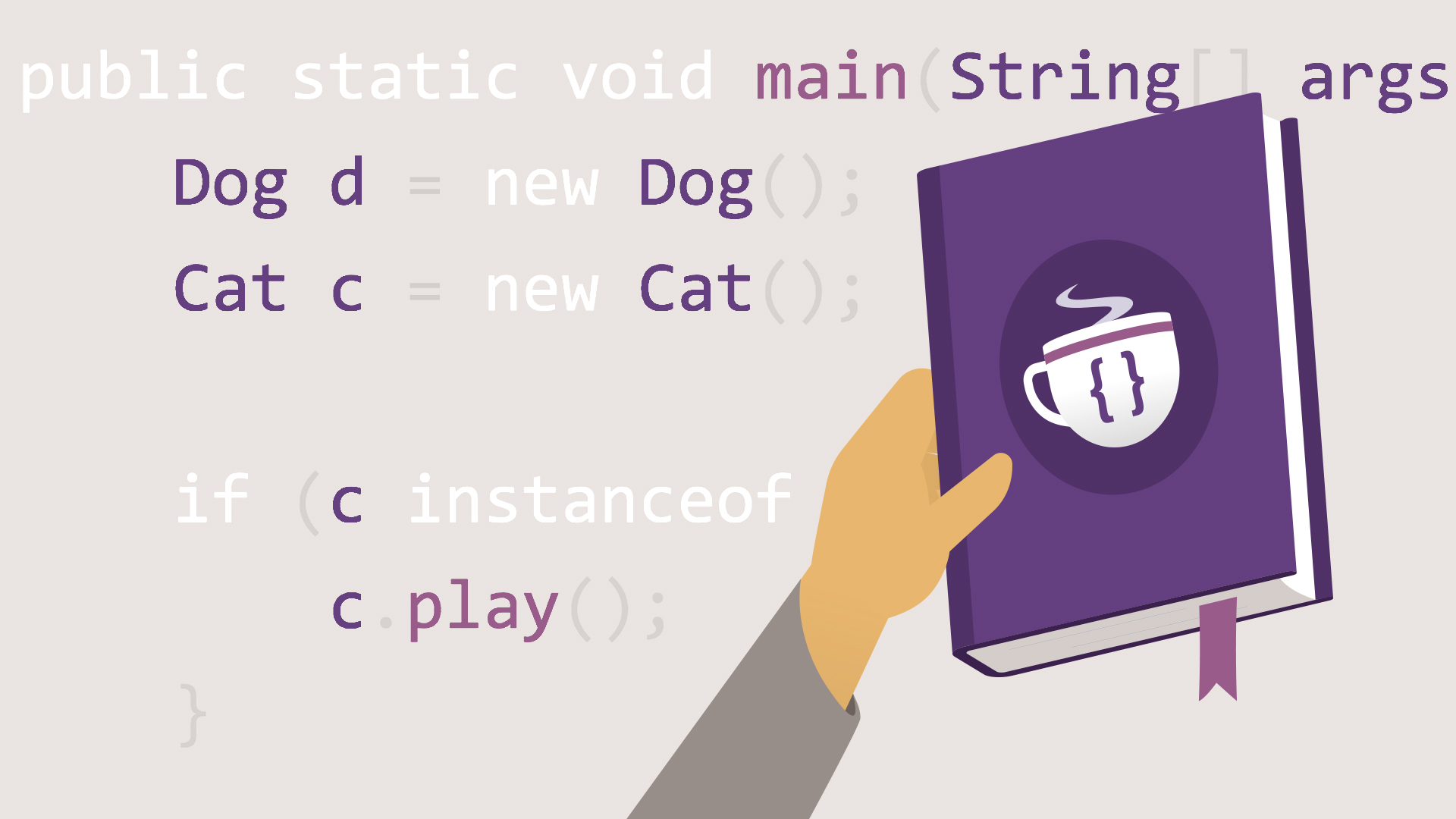 Kathryn introduces loops as another way to add decision-making to your code. Then, she shows you how to implement while, do-while, and for loops in Java through an example.

- [Instructor] Loops are another way to add decision making to your program. A loop is a control flow statement that allows code to be executed repeatedly based on a boolean condition. In Java there are three main types of loops. The first loop is called a while loop, and it's flow control looks like this. Here we check a condition and if that condition evaluates to true, we do a series of statements and then check the condition again. If that condition is false, we exit the loop and continue to the rest of the code.

Once the while condition becomes false, we print out the final x. Let's go ahead and run the program. Here we can see the full execution of this while loop. We had x equals three, three was greater than zero, so we printed out the current x here on line 15. We decremented x, again went through this loop and printed it one, two, three times and then finally when x became zero, zero is not greater than zero, we printed out that final x here on line 18.

The next loop we have is called a do-while loop and it is very similar to a while loop. Here we execute statements before checking the condition and if that condition is true, we execute the statements again. Otherwise we exit the loop. So if we keep this same example that we had before, but change our variable name to y, we would have y be equal to three and the statement would be y equals y minus one. The condition would be y is greater than zero. Here we would decrement y, making it two, and then check the condition versus the other way around.

Here's what it would look like in Java code. We start with y equals three and create a do-while loop with a print statement as well as a statement that decrements y. Then we check our condition which is while y is greater than zero. Once the condition becomes false we print out that final y, and so running this here we are, every time we enter that do we basically print out y. Here it started at three, and then when we decrement it and that condition is still true, we get to two, and one, and then finally when we decrement it that last time, one minus one is zero, zero is not greater than zero here on line 28, and then we go ahead and print out the final y on line 29, which is zero.

For our statements we'll just have a print statement and we'll decrement our i variable by one. Moving over to Java here's what it would look like. We start with this keyword for, saying it's a for loop, and then we create this int i, it's our internal variable and it's going to start off as three and while i is greater than zero we're going to go ahead and do what's in between these curly brackets. And so in this case it's printing out the current i. Each time we go around and we do this body of code, we are also going to decrement i by one.

And so let's go ahead and run this. And here we have the current i started off as three. We decremented it, checked the condition. Okay, we'll go again. Current i is two, we decrement, check the condition again. Go ahead and print out current i equals one and then when we check the condition again we've already decremented and so our final i is zero. However, we don't have access to it outside of the for loop and so we're unable to print it out unless it's saved in a variable in the outside scope.

Loops are great for performing a certain set of tasks repeatedly without having to write repetitive code. In the next video we'll look at libraries and how we can import different libraries to add more functionality to our programs.

3/21/2018
Java is one of the top five programming languages, and is used for websites, embedded controllers, and Android app development. This is an introduction to get you started programming with Java 9-and the newly introduced JShell. Instructor Kathryn Hodge covers all the basics: data types, strings, arrays, loops, and functions. She helps you control the flow and logic of your code, and debug your project to make sure it runs perfectly. Then go a bit beyond the basics and learn advanced techniques such as encapsulation, inheritance, functional programming, and lambdas. Kathryn introduces challenges along the way to practice your new skills. This three-hour course is perfect for developers who need to get up to speed with Java fast, as well as for beginning programmers who want their first taste of this popular language.
Topics include: