Now that you've covered how the Ionic DevApp works, it's time to see it in action. In this video, learn how to set up a testing workflow for your app.

- Now in order to use the DevApp … to run our Tourista application, … there's one thing we need to do. … We need to head to the terminal … and open the window where we are serving our application. … Next we need to do is to kill that particular process. … So, I can just do that with Control + C … and then I need to run "ionic serve" … but I add add another flag, "--devapp" and I hit enter … and, because I'm running this for the first time, … you can see it says, "could not find … "cordova integration into this project." … Now, you're seeing this because the Ionic DevApp … needs some bits and bobs that are very related to cordova … so to get rid of this problem, … we just need to do "ionic cordova prepare" … and this will go ahead … and create all of the files that we need … and now we can go ahead and run "ionic serve --devapp" … I had a typo there, just do "ionic serve" … and this is just going to go ahead and run our application … the same way it has already been running. … However, now, because we a "--devapp" flag, … 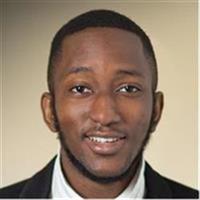