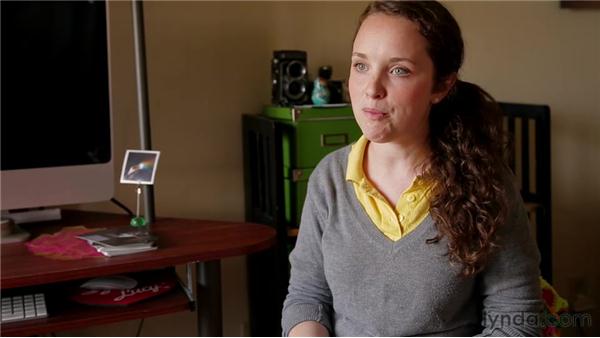 I've kind of always been into shooting photos and shooting my life and things, but it wasn't until college, I'd say, that I took my first photo class. I was getting assignments for shoot contrast, shoot you know texture, go out and shoot--show that you understand exposure. I was getting all of these assignments and then it was fun to basically put myself into these scenes because I loved shooting people. So if people weren't around, then I'd put myself in a scene because it would tell a story a little bit more than instead of just shooting landscape or just shooting wildlife or just shooting buildings.

I would shoot a building but put a person in front of it, and all of a sudden, to me, it became way more interesting. So, I was still going out and shooting by myself a lot of times and going out alone with my camera and kind of exploring, but still wanted that element of portraiture or creating emotion with a person in the scene. So I started the 365 Project because I knew I'd be able to document my life, I'd be able to document the changes I was going through, but also it was a way to have fun with photography instead of creating work that I was going to get graded on and show for a teacher to critique and everything.

This was my way to basically get out of school, go home, and just play, just have fun, just kind of explore how light works, how costumes work, how characters can be built based on a look or an expression. So that's when I started kind of having fun with, oh, maybe I am a bright colorful thing; maybe I am from an old-fashioned time; maybe I am a traveler, all these different roles that I could put myself in based on the location. There is a weird balance between obviously being in front of the camera and being behind it, and when I am shooting other people I have a very directorial role; I'm telling them exactly what to do or telling them very specific things.

When you're sitting in front of the camera, it's a lot of times harder to, "Where do you need my hand, where should I look?" and so knowing how to do both I think helps me interact with models when I'm not shooting myself. You understand how light works and where eye lines make sense, and when you're telling a model like, "Oh, raise your arm," they're like, "That feels really unnatural, I don't get it." And I am like, "Yes, but it looks really good," so that's kind of the photographer/model role that I think has helped me shoot other portraits by shooting myself.

I was doing a portrait every day, I was setting up something everyday, I was constantly practicing, and people were responding to that and following these photos and seeing those photos, and so this is the industry where everything changes so quickly, everything happens so fast, everything is constantly moving forward. So if you let yourself sit and kind of wait on an idea or wait on a project, the next month you might see someone who already shot it or already done that, and so it's like the most valuable lesson I learned here is just to never stop going, never stop moving forward, never stop shooting, because as soon as you do, someone else will surpass you and someone else will get the job that you could have gotten had you shot something that they were interested in. 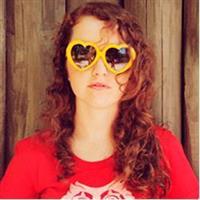 11/21/2012
Lauren Lemon is the online persona for Lauren Randolph, a photographer based in Los Angeles. She built her photography career in part through a series of personal projects, including taking one self-portrait a day for an entire year in 2009. She's also one of the most popular photographers on Instagram, with more than 200,000 followers.

In this first installment of The Creative Spark, she talks about the importance of social networks and personal projects in establishing a photography career. We follow Lauren for the day as she plans and choreographs a creative photo shoot in her distinctive visual style and uses Instagram as part of her creative process.