Adding culverts to a road automatically 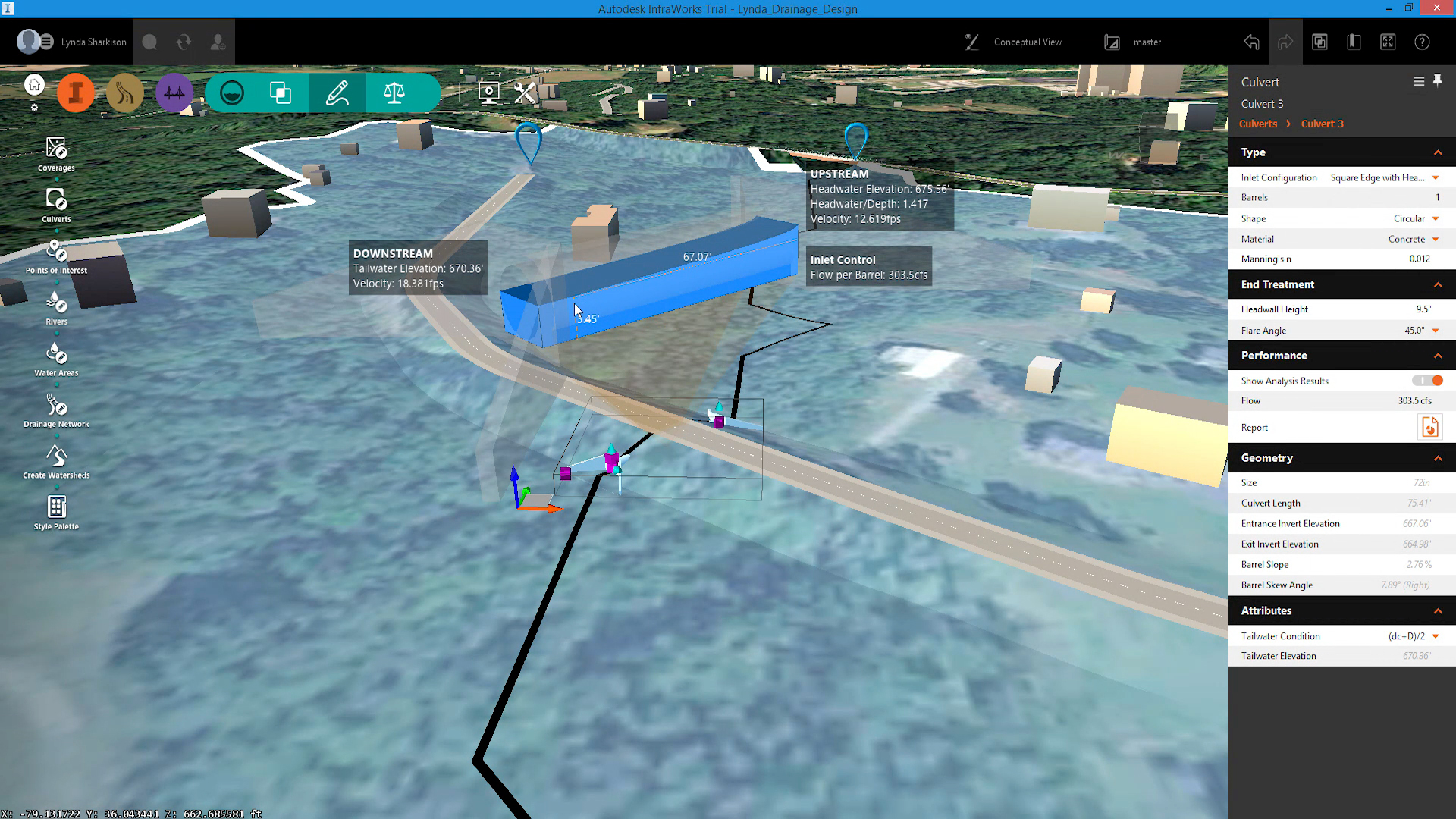 In this video, learn to use tools to add one or more culverts to a component or design road wherever streams cross the road. Learn also how to examine and modify a proposed culvert solution.

- [Instructor] Just as a reminder, we are in bookmarks: Adding Culverts (a), and you'll notice a pin just placed near this design road. That's kind of where we're going to automatically place a culvert. The first thing we're going to do though, is we're going to put a watershed in the area. So, like we did in the previous videos, we're going to click to place watershed.

We don't need any cloud credits for this. And we're going to hit enter to start that up. Right, once our watershed analysis has been completed successfully, we can start, first of all, associating some hydrology data with it. We're going to pick the rational method, because it is a small area. We know that our runoff coefficient that we're working with right now between 25, 40, let's say zero point three seven, just to make it interesting.

And then, the rainfall for the area for the 100 year storm is three point one two inches per hour. So, let's hit enter to associate that with our watershed. And you'll see that we have 503 cubic meters per second, which is the peak annual flow for the 100 year storm. Okay, so we have our watershed. Now, what we can do is we can click on our design road to select it. If we right-click, we have drainage on the menu, and we can say: Add culverts.

That's what we're going to do. We're going to click there, and InfoWorks is going to automatically generate culverts for us, to enable us to get water from one side of the road to the other. All right, and here we have our culverts. You can see that InfoWorks has suggested that we have two. We can figure out whether we need two later on, but they're put where the streams are going to cross the road. So I'm going to hit escape, so that everything is deselected, and I'm going to click on the culvert to select it.

It may zoom in a little bit, but, by default, you'll notice that there is a floating representation of the analysis results. And this is because we have show analysis results put in, in the performance. Now, it's picked up that the watershed flow is 503 cubic feet per second. And it's given us what it thinks the velocity per hour is going to be.

I'm not sure that that's actually big enough. So what we can do is we can grab these little triangles, and we can size the culvert appropriately, as we like it. Now, if you notice in the stack, the geometry is grayed out. There's no way that we can actually change things in there. The way you have to change the size and the length of the pipe is by using the grips within, let's just do that, using the grips within the canvass itself.

So, we've changed that to a 54 inch pipe, and what we can do is we can say: Hmmm, that looks all right. I mean, we have much lower velocity now. You notice that it went from over 200 feet per second down to 31 feet per second. They're basically the same upstream and downstream. Perhaps we want to try something else. Perhaps we're thinking that's still a little bit too much water coming out at once, and we're worried about erosion, that kind of thing.

So what if we put the barrels, increased the number of barrels. So I'm going to hit two, and hit enter, and the software will automatically configure the culvert to have two barrels instead of one. But it still knows that the watershed flow is 503 cubic feet per second. So it still bears that in mind. So, you can see here, that now we have 251 cubic feet per second in each barrel, and the velocity has changed again.

So, what I'm going to do, is I'm going to think: Right, I don't need this other culvert. I'm quite happy with the one that they've got there for me. So I'm going to delete that one. And now, let's go and have a look at creating a culvert manually. So, not letting the software figure out where to put it. Putting it where we actually want it to cross a road or a railroad. 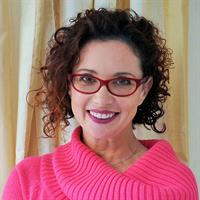 1/22/2018
Autodesk InfraWorks is a design and engineering program that can help transportation planners and civil engineers better understand how their projects will function in the real world. In this course, learn how to use this powerful software to model watersheds, culverts, and drainage networks. Instructor Lynda Sharkey covers hydrology terms and methods, explains how to analyze a watershed, and shows how to troubleshoot your watershed model. She also demonstrates how to add culverts to a road both automatically and manually, modify culverts, and create and size drainage networks.
Topics include: