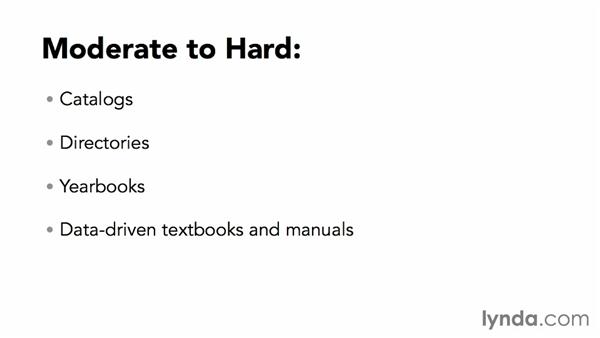 Join David Blatner for an in-depth discussion in this video Working within Data Merge's limits, part of InDesign: Data Merge and Database Publishing.

…If you've ever used Microsoft Words mail merge feature, you'll feel somewhat at…home with data merge, at least in terms with the general work flow.…However, I need to be clear that, in many ways, InDesign's…data merge feature is actually not as powerful as Word's mail merge.…In fact, Data Merge is limited in a number of ways.…Now that's not to say don't use it.…Data Merge is awesome at what it does, but you just need to know its limitations.…Data Merge…is best suited for documents where you have one database record per page like…this one where you have all these fields and this record on a single page.…

It's also good at making a grid of objects…where each record takes up a section of a page.…Like these name tags that we'll be creating in the next chapter.…In general, it's a breeze to make name tags,…table tents, business cards, tickets, legal documents like contracts,…photo contact sheets, coupons, even most simple…direct mail campaigns and personalized newsletters are good.…On the other hand, it's much harder to get InDesign to create…