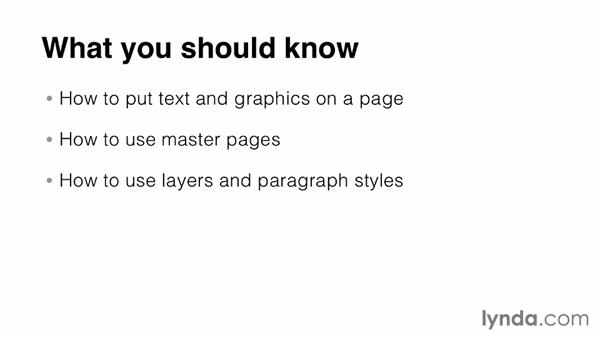 Join David Blatner for an in-depth discussion in this video What you should know before watching this course, part of InDesign: Data Merge and Database Publishing.

Before we jump into exploring how data merge works in InDesign, I want you to know that I'm assuming that you know InDesign at least reasonably well already. You need to know how to put graphics and formatted text on a page, what master pages are, how to put stuff on layers, and so on. Now, if you're new to InDesign I strongly recommend that you take a look at my title called InDesign Essential Training here in the online training library. You might even want to review my title, InDesign Insider Training: Beyond the Essentials.

These will give you the foundation to really excel in this course.