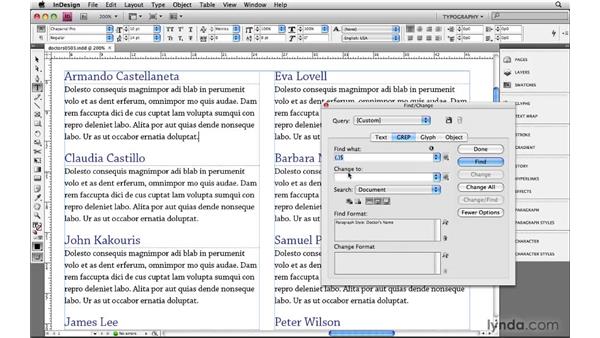 By itself GREP is a very powerful feature, but its integration into InDesign…adds even more options that you wouldn't get with GREP in a plain text editor,…specifically, the ability to use nearly all of InDesign's text formatting and…style attributes as additional search and replace criteria.…In this file, I've got a listing of physicians, including a short bio about each one.…I am part way through this project and let's assume there are hundreds of these…in here, and they're all set up, and I'm told that in the headers above the bio…every physician's name must have M.D. appended to the end of it.…