Goodbye and next steps 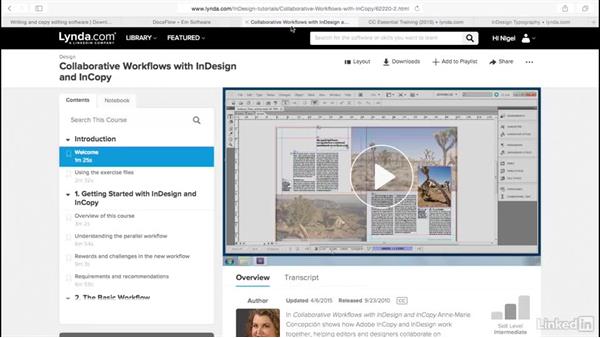 Join Nigel French for an in-depth discussion in this video Goodbye and next steps, part of InDesign for Editors.

For more about InDesign in general,…I recommend David Blatnor's…InDesign Essential Training…and for more about working with type in InDesign,…I recommend my own InDesign Typography.…If you'd like to stay in touch,…my website is NigelFrench.com…and my email is nigel@nigelfrench.com.…Bye for now…and thanks for watching.…

Video: Goodbye and next steps