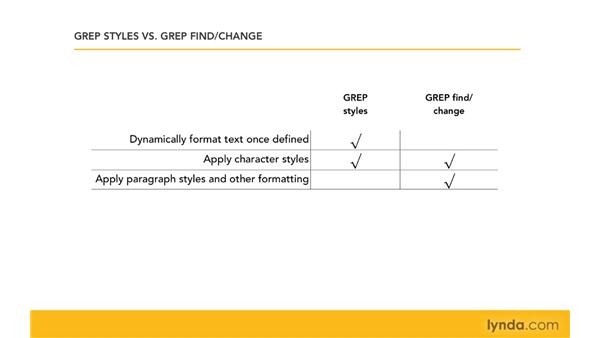 GREP is integrated into two separate features in InDesign CS4, GREP…Find/Change and GREP Styles.…Although each uses GREP to describe text, the two features part company at that…point and work very differently.…GREP styles are built into paragraph styles and they are completely dynamic.…The desired formatting is applied automatically whenever a matching pattern of…text appears in your paragraph.…GREP Find/Change is not dynamic.…You need to run a Find/Change query each time you want to use it.…