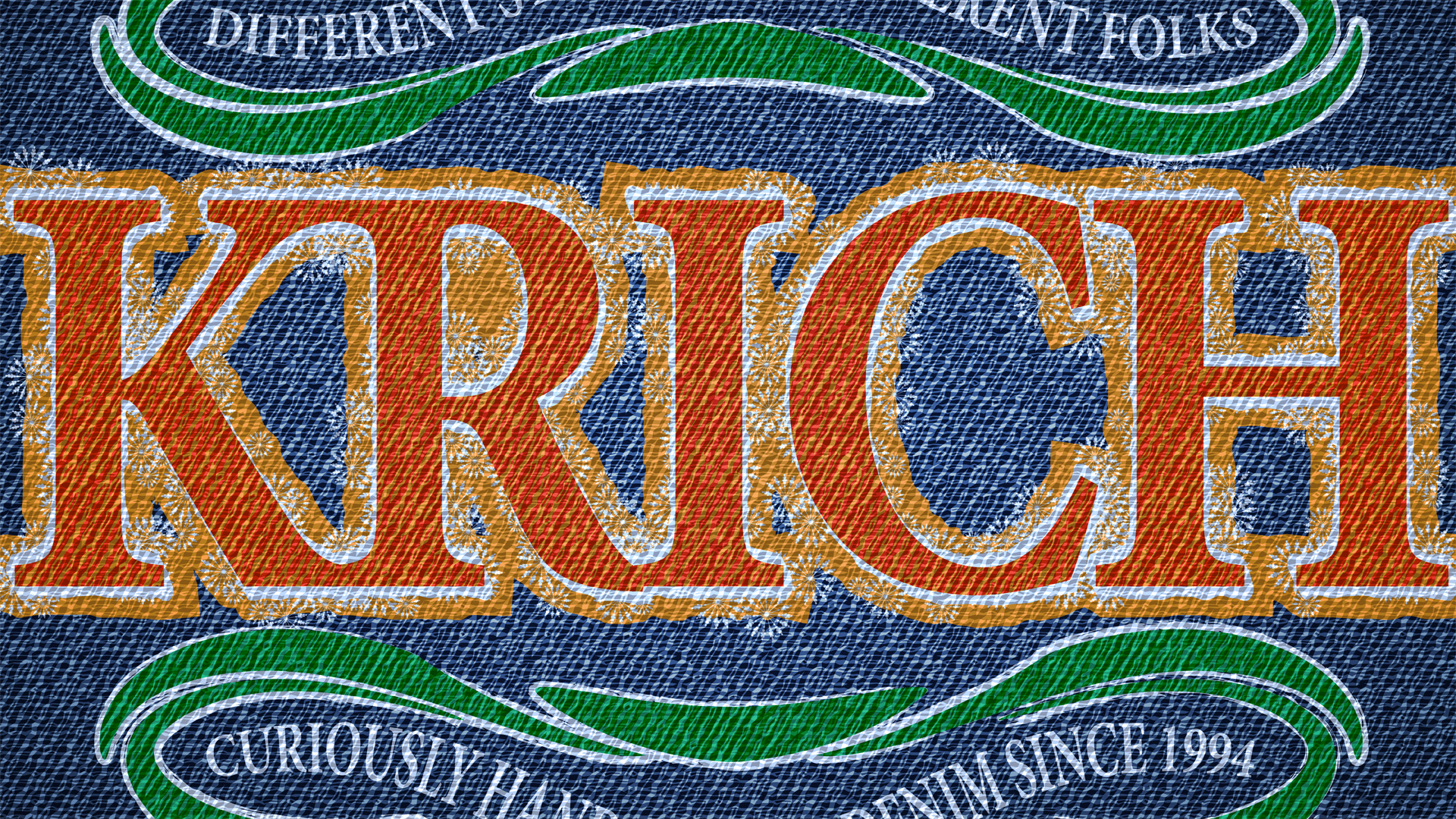 - [Instructor] In this movie we'll take a look at how you can use a full color font, such as Trajan Color Concept as we're seeing here, inside Illustrator CC 2018 and later. All right, I'll go ahead and switch over to this document, which contains a photograph from the Dreamstime image library, about which you can learn more and get some great deals at dreamstime.com/deke.php. All right, I'm gonna go ahead and turn off that dreamstime layer and notice that the photograph appears on the attic layer and below it we have a purple radial gradient.

I wanna blend those two layers together, so I'll go ahead and turn the attic layer back on and target it by clicking on its circular, so called meatball in the right hand column of the Layers panel. And then I'll go up to the control panel, click on the word Opacity, and change the blend mode to Multiply. And next, I'll lock down the attic layer by clicking in the second column and then I'll turn on the text layer and I will click on the text with my black arrow tool to select it. And now notice that we can see the font up here in the control panel. At which point just go ahead and select that font.

And notice that we're working with lowercase characters, but as soon as I enter the word Trajan and I hover over, for example, Trajan Pro or Trajan Pro Bold, both of which have been around for a very long time now, that the letters switch to capitals and that's because Trajan offers no lowercase character. However, I'm gonna switch to Trajan Color, which is installed directly inside Illustrator CC 2018 and presumably later as well. All right, so I'll go ahead and choose that font and notice that it is a full color font that looks as if it's been chiseled.

All right, now notice the double T and the double N here. We can swap those out for ligatures by going up to the Window menu and then scrolling down a little bit, so that I can see the Type command, and then I'll choose Open Type. And notice this first icon in the bottom left corner, Standard Ligatures. If you click on it then Illustrator will fuse the double T and the double N into single ligature characters, as we're seeing right here. All right, now to me the letters look like they're spaced apart too far, so I'm gonna go ahead and click on the Character tab in order to bring up the Character panel, and then I will change this kerning option right here from Auto by clicking the down pointing arrowhead to Optical.

And that'll go ahead and squeeze the characters together just a little bit more. And then I'll select this tracking value and I'll set it to negative 60 in order to produce this effect here. And then I'll go ahead and hide that panel. All right, now Trajan Color Concept offers a bunch of different color variations, which we'll explore in the very next movie, but I want you to see that it's a very special font in that you can't change its color in the conventional way. So notice that the fill color assigned to my type is still white.

If I were to change it to black or red nothing whatsoever is gonna happen. The same goes if I were to select, let's say, a bright red stroke, and then increase the line weight to 16 points or something lackey like that, nothing whatsoever is going to happen. This is even true if you pile a stroke on top of the text. So let's say I go up to the Window menu and choose the Appearance command, and then I click on the Type item. So notice if I double-click on Characters that's gonna go ahead and select the text and show me that I have a red fill and a red stroke, even though they're not appearing.

So what I'm gonna do instead is click on the word Type right there so that it's active, and then I'll drop down to the Add New Fill icon and click on it, and I'll change it, let's say, to this bright shade of blue right here, and nothing happens. Even though the fill is sitting on top of the Characters, which would normally override things. So in other words, if this were a standard font it would now appear blue, but instead we do not see that fill attribute. And that's because color fonts are treated differently than standard fonts here inside Illustrator.

Now this goes for effects, such as drop shadows as well. So notice if I go up to the Effect menu, choose Stylize, and then choose Drop Shadow, and I'm gonna set the Color not to red, but rather to black, like so, and then I'll click OK. Notice the Opacity is set to 100%. The X Offset is 0 points, so that the shadow's going straight down thanks to this Y Offset value of 10 points. And then we've got a Blur of 5 points. At which point I'll click OK in order to apply that shadow.

And in my case I've assigned the shadow to the fill. If you don't like that you can drag it down, like so, to below the word Characters, so that it's applied to the Type, as apposed to these attributes right here. And just to streamline things a little bit I'm gonna click on the Stroke and Shift + click on the Fill and then drop down to the trash icon in the bottom right hand corner of the Appearance panel and click on it to get rid of them. So as you can see here, we just have a Drop Shadow. But notice if I were to turn off the attic and back layers, so that we're seeing a white background the text is not casting a black shadow, it's casting a shadow that actually mimics the color of the characters themselves.

So over here on the I you can see how it changes from brown over on the right hand side to yellow on the left hand side. And so it's basically duplicating the characters, offsetting them down 10 pixels, and blurring them to the tune of five pixels, which is what we asked when we applied the drop shadow in the first place. But I want you to see, if I switch back to the Appearance panel and click on the word Drop Shadow to edit it we do have a Color that's set to black. But if I were to turn on the Preview checkbox so we can see what we're doing, click on this color swatch, and change it to anything, such as red, just for the sake of demonstration, and click OK it's not going to make any difference.

So when working with color fonts inside Illustrator the color assigned to the Drop Shadow doesn't matter, you're always going to be assigning the color of the text itself. At which point I'll just go ahead and click OK to accept that change. And now I'll press Control + 0 or Command + 0 on the Mac to center my zoom. And I'll go ahead and return to the Layers panel and turn on the attic and the back layers, so that we can see the final effect. And that's how you work with full color fonts, such as Trajan Color Concept, here inside Illustrator CC 2018, and I'm hoping, well into the future.

7/9/2018
Adobe Illustrator, the powerful vector-based drawing program, offers functionality that you can leverage to create striking, unique works of art. In this course—the third in a comprehensive training series by industry expert Deke McClelland—you can learn essential concepts for Illustrator mastery, in a logical order, on a schedule that works best for you. Learn new shortcuts, smart toolbox customizations, and advanced blend mode tricks. Find out how to construct seamlessly repeating patterns, and how to create symbols and custom arrowheads. Deke also covers the logo-making features in Illustrator, the Libraries and Actions panels, 3D effects, and more. Each chapter should leave you with a new set of skills—and a sense of accomplishment.

Note: This course was revised for 2018. As Creative Cloud evolves, the training will be updated. Check back often for new videos, new feature reviews, and new ways to work.
Topics include: