Moving objects along a plane 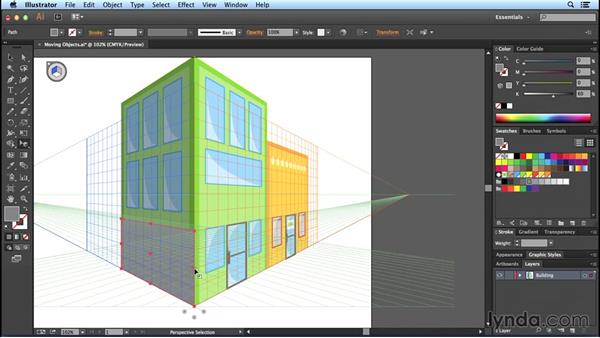 Join Kevin Stohlmeyer for an in-depth discussion in this video Moving objects along a plane, part of Illustrator: Perspective Drawing.

- To move my objects along the perspective plane,…simply use the Perspective Selection Tool…to select the object,…and then drag along the currently selected plane,…similar to the way that you would move an object…using the Standard Selection Tool.…So, in this case, I'm going to draw out a wall…that I wanna add to this building.…So I'm gonna click and drag, and to position this,…I'm gonna use my Perspective Selection Tool…and slide along my plane.…I can scale my object to match, and there I've got a wall.…

To move an object perpendicular to the selected plane,…all I have to do is select the object…with the Perspective Selection Tool…and hold the number five key as I move it.…So to move this wall out, further from the building,…I'm gonna start to drag, and hold the number five,…and I can slide it perpendicular to the plane,…making it appear further away from the building.…Now, I can add the second wall by clicking the right plane…and dragging out the other side.…And there I have two sides of my wall.… 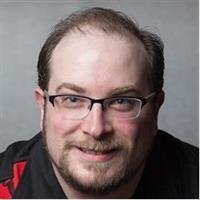 12/22/2014
Whether you're creating simple shapes or a bustling street scene, see how to add a sense of depth and space in your vector artwork with Illustrator's powerful perspective tools. In this course, Adobe Certified Instructor Kevin Stohlmeyer explains the differences between one-, two-, and three-point perspective, while showing how to use the Perspective Grid for creating perspective artwork. Then learn how to add elements to the grid, and position, scale, and transform objects in perspective so that they blend within your scene.
Topics include:

Video: Moving objects along a plane