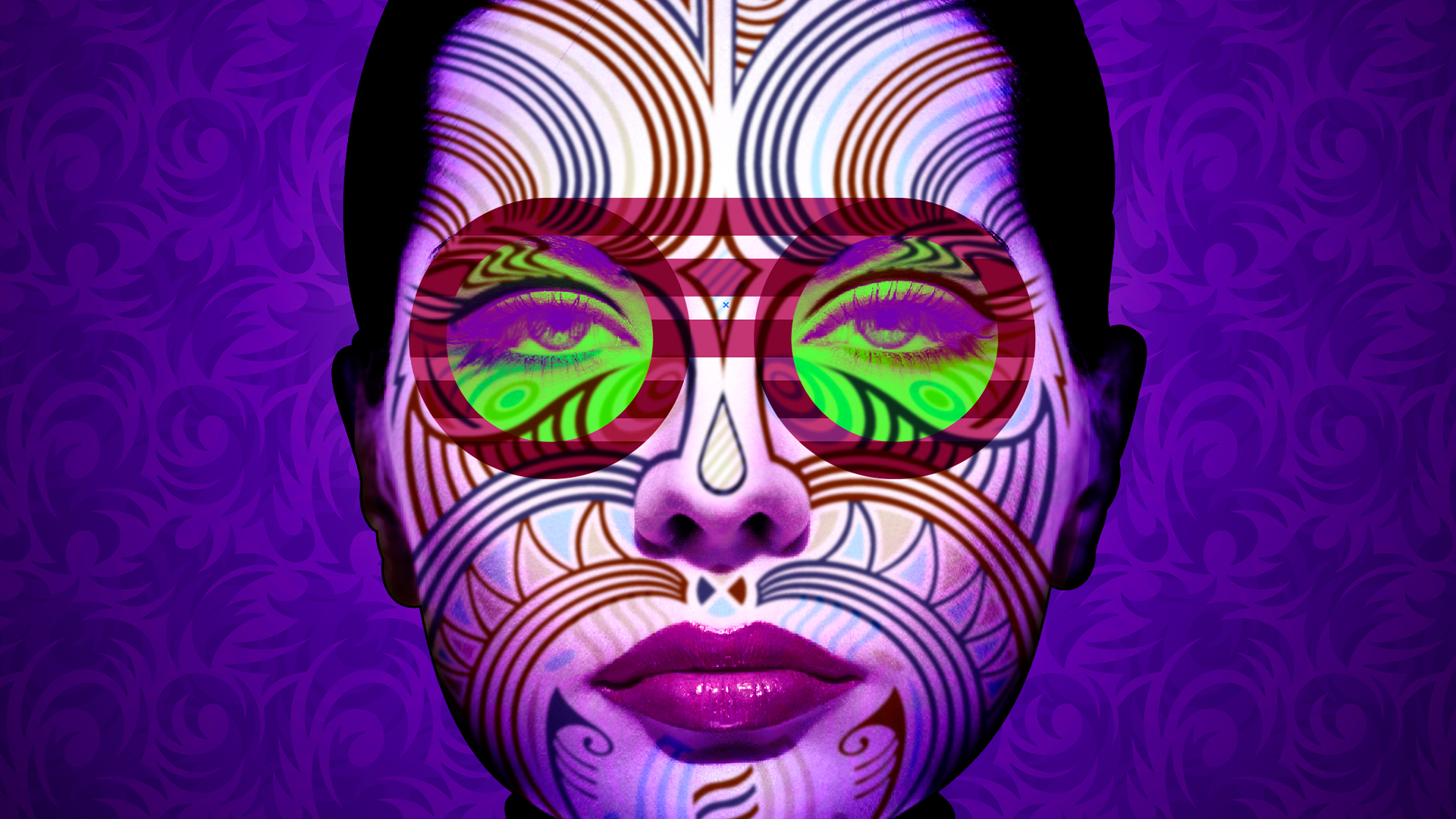 - [Instructor] In this movie, I'll introduce you to symbols and their instances, and we'll also take a first look at the Symbols panel. Now, notice that we have a couple of varieties of repeated objects inside this file. One are these Macintosh Command key characters, and the others are these arrowheads. It's important to bear in mind that I'm just repeating the arrowheads. The shafts of the arrows are actually expressed as em dashes in order to force all the characters into the proper alignment. I'll just go ahead and undo that move.

Now, we know that these are symbols because when one of these arrowheads are selected, you can see the word symbol up here on the far-left side of the Control panel. It's going to be followed by another word, either static or dynamic, depending on what kind of symbol it is. We'll see more about that in a future movie. What I want you to know is that technically the symbol is the original definition of each one of these arrowheads, whereas the thing we're actually seeing in the document is an instance of that symbol.

I'm going to go ahead and select one of these guys, and I'm going to zoom in by pressing Ctrl + Plus, or Command + Plus on the Mac, and it's important to note that you're going to have an easier time selecting instances of a symbol if you go ahead and turn off that checkbox that I told you to turn on for the previous chapter. By that I mean press Ctrl + K, or Command + K on the Mac, to bring up the Preferences dialog box, and then advance down to Selection & Anchor Display in the left-hand list. Then, you want to turn off this checkbox right here, Object Selection by Path Only, and then click OK.

Otherwise, you're going to have to click exactly on the path outline, which you can't even really see when you're working with an instance. With that checkbox off, you can just go ahead and click in the arrowhead. You don't click in a rectangle, by the way, you want to click in the arrowhead. Now, imagine that I have a problem with these guys. I don't want this side of the arrowhead to be flat, I want it to bend inward. In which case, you want to edit the original symbol. One way to do that is to double-click on the arrowhead, at which point you'll see an alert message that's telling you that you're about to edit the original symbol, any edits to the symbol will be applied to all instances, is that okay.

The answer is yes, that's exactly what you want, at which point you will see the arrowhead in context inside the illustration. Now, notice that you're in an isolation mode so that you can edit the arrowhead but nothing more. You know that because you can see the word arrowhead up in this middling gray bar here at the top of the screen. Now, what you want to do is go up to the View menu and turn on your Smart Guides, and then go ahead and grab the Pen tool, which you can get by pressing the P key, and move your cursor over to this vertical segment right here so that you're seeing a plus sign next to the Pen tool.

You also want to see the word intersect right there, which is telling you that you're aligned to the center of the shape. At which point, go ahead and click in order to add an anchor point. Then, you want to move it over to the right by tapping the right Arrow key one, two, three four, five, six times, I think is going to work nicely. Once you're finished editing the symbol, all you have to do is press the Escape key in order to exit the isolation mode and apply that change to every arrowhead in the document.

So, it's an enormous time-saver as you can see. Now, let's take a look at the cloverleaf symbols here. What I want you to notice about these guys is they're way too lightweight, especially when positioned next to these letters, which are set in Myriad Pro Regular, so not even bold. What we need to do is edit that original symbol definition. But, if I were to grab my Black Arrow tool once again, which I can get by pressing the B key, and I were to double-click, and I were to select this guy, and notice that I'm seeing these perpendicular edges, and that's because I assigned the Dynamic Round Corner effect, but, in any event, if I were to double-click on the cloverleaf, I would get that warning again.

And, if you don't like it, then you can turn on the Don't Show Again checkbox. But, here's the problem. I apparently scaled every one of the instances, so it really doesn't do me any good to see this Command key in context. In fact, I might make a big mistake. I might select this path outline and think it's way too big, and so I'd go ahead and select the Scale tool, which you can get by pressing the S key, then I'll press the Enter key in order to reduce the size of this thing, and apparently 28.3% is about right.

Notice that I'm really messing up the Stroke and the Round Corner effect. Fortunately, I can take care of that by just turning on this Scale Strokes & Effects checkbox. At which point, I'd notice that I'd made it a little too small because it's supposed to fit there in those guides. I could take care of that by turning on the Scale Strokes & Effects checkbox. At which point, I might click OK, and then press the Escape key in order to update all the instances. You can see that I've done a very bad thing. The solution is a kind of pain in the neck.

All you can do is press Ctrl + Z, or Command + Z on the Mac, as many times as it takes in order to restore the original symbol, although not too many times because I apparently made a dreadful mistake, now I'm looking at the arrowhead symbol once again, which is someplace over here I guess, I've kind of lost sight of it. So, what I need to do is press the Escape key to make sure that I don't do any more damage. All right, so the arrowheads are fine. The cloverleafs are fine once again. The better way to work, in this case, is to go up to the Window menu and choose the Symbols command in order to bring up the Symbols panel right here.

At which point, you'll see the two symbols at work inside this document. Then, just go ahead and double-click on Command key in order to open that symbol all by itself. By the way, you're not going to see it in context this time, which, as we found, can be very misleading. So, I'll press the V key to switch back to my Black Arrow tool, I'll click on this guy to select it, and let's increase the line weight, I found, to nine points. It's going to work nicely. At which point I'll just press the Escape key in order to apply that change to every single instance of the symbol here inside the document.

Now, the only problem is they're actually now a little bit too big. Notice that I've established these guidelines at the top and the bottom of the first capital letter S. That's going to show me where those curved edges should lie. Notice they go a little bit farther than the flat edges of the A. I'm going to go ahead and click on this first instance. Then, I'll go up to the Select menu, choose Same, and choose Symbol Instance in order to select all of those Command keys. Then, as opposed to switching to the Scale tool, which, of course, would scale all the shapes with respect to a common origin point, you want to go up to the Object menu, choose Transform, and choose Transform Each.

I found that setting the scale values to 95% worked out quite nicely. You want to make sure the center point is selected inside this little reference point matrix, and then click OK, and you'll get the effect you're looking for. I'm going to go ahead and hide the Symbols panel, and I'll press Ctrl + Zero, or Command + Zero on the Mac, to zoom out. And, that is my first look at the world of symbols and their instances here inside Illustrator.