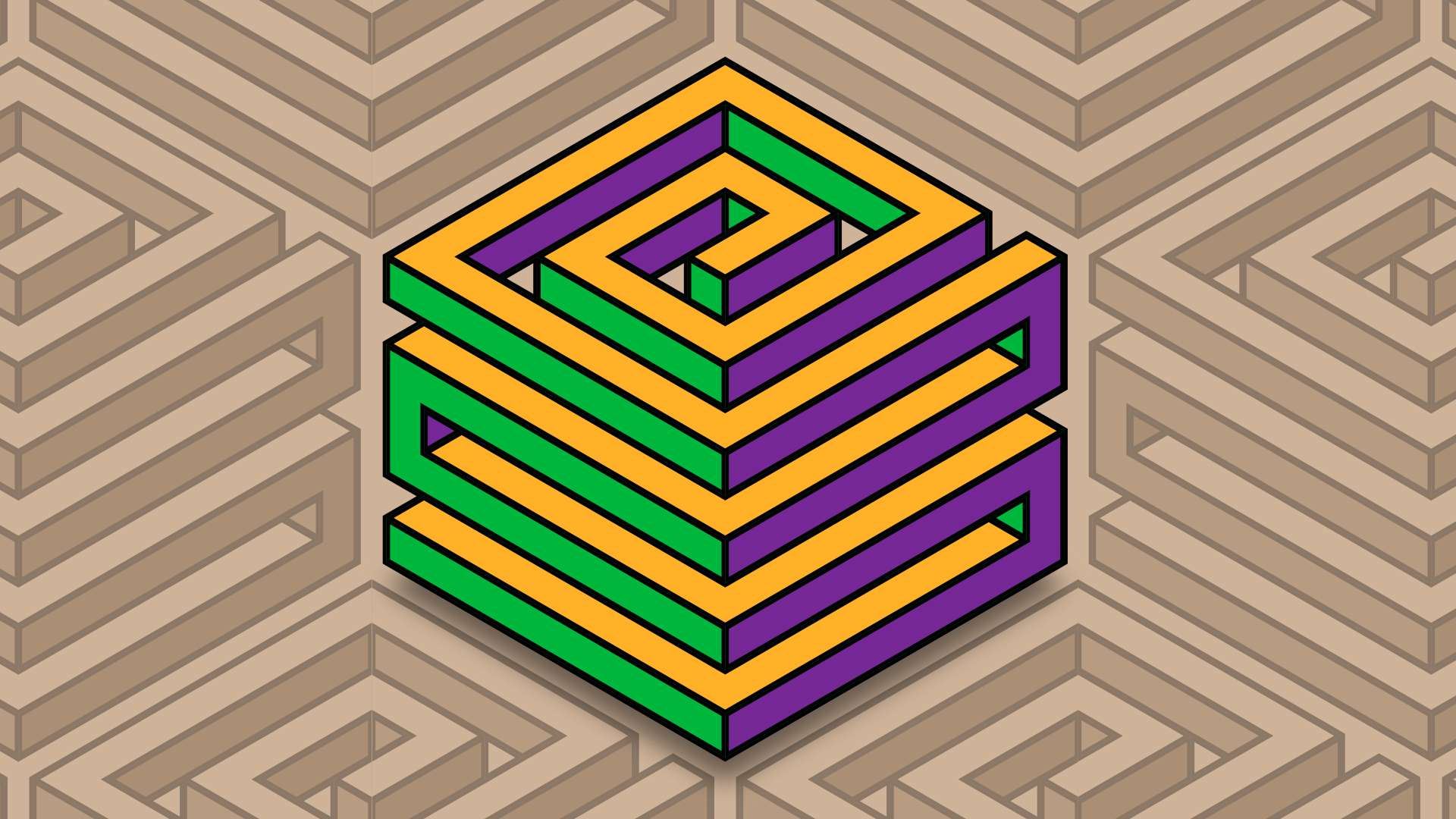 - [Instructor] In this movie, I'll introduce you to the powerful gradient mesh feature here inside Illustrator. Now notice that we're looking at the bacterium which first appeared in Chapter Three on the Fundamentals course, specifically in the movie called Zooming In and Out, and just to refresh your memory, we ended up zooming in to Illustrator's maximum zoom ratio, which is 64,000%, which is sufficiently magnified to theoretically see individual bacteria, and you may notice that this guy's body right here is filled with a gradient mesh.

So let's see what that looks like. I'm going to go up to the View menu, and scroll all the way to the bottom, at which point, if you're working along with me, you'll see a command called Diagram. If you choose that command, it will zoom in on a specific portion of the illustration and it's going to turn on and off a few layers as well. I'm going to turn off the Diagram layer for now so we can focus in on this object right here, and I'll go ahead and click on it to select it with the black arrow tool and I want you to see that in addition to the points that surround the shape, we have a bunch of points inside the path as well, and these are known as mesh points.

Now I want you to notice the difference between mesh points and anchor points, and it's very subtle. If I press the a key to switch to the white arrow tool and click on this guy right here, notice that it's a square. Squares represent everyday, average anchor points in Illustrator. These guys however are diamonds if you can tell the difference and they represent the mesh points, and the interesting thing about mesh points is that they can have colors associated with them as we're seeing here inside the Swatches panel, and if you want to see what that color is, just go ahead and switch to the Color panel, which you can get by choosing the Color command from the Window menu and then I'm going to click on the flyout menu icon and choose HSB so that we're seeing the HSB sliders.

You may need to expand your Color panel in order to make them visible, and so notice if I click on this point right there, that it has a hue value of 200 degrees, a saturation of 100%, and brightness of 100% as well, whereas if I select this point, the brightness drops to 80%, and if I select this higher point, then the saturation drops to 80% and the brightness goes back up to 100%, and so what's happening is that we're creating gradients between each pairs of points, both going vertically and going horizontally as well.

So rather than being limited to a linear or radial gradient, both of which are technically one-dimensional, we end up with a two-dimensional gradient, so gradients that are going along with the shape or perpendicularly to it. All right, now because it's hard to see the difference between these points, I've gone ahead and captured a screenshot from a retina display, so a very high-resolution display, and I've opened it up inside of Photoshop and you can see if we zoom on in, that sure enough, the anchor point is square and so the anchor points are the standard sorts of points that we've seen in the past.

They do not have colors associated with them. These diamonds are mesh points, which define the color contours inside the gradient, and then, if I were to scroll down here and zoom out just a little bit, you can see that we also have what's known as a mesh patch which is the region between four mesh points, and let me show you what that looks like. I'll go ahead and switch back over to Illustrator, and I'll select that mesh patch just clicking in it, and notice that all four points surrounding the patch are also selected, and incidentally, in case you're having problems selecting a patch, then press control + k or command + k on the Mac to bring up the Preferences dialog box, select the second option over here on the left-hand side, Selection & Anchor Display, and make sure Object Selection by Path Only is turned off.

We will be turning it on later because it's very helpful to have it on when working with gradient mesh, but right now, go ahead and turn it off, and then click OK, and now you should just be able to click inside a region to select it, and then you can drag it around like so, so you can either drag an entire patch or you can click on a single mesh point and drag it around as well. Now an interesting thing to note about a mesh point is that more often than not, it's a smooth point, but it's a kind of double smooth point.

Notice that we have two sets of control handles that are diametrically opposed to each other, so they're bending up and down like a seesaw, but then we have this other set as well, and so altogether we have four control handles coming off of a single mesh point. So it behaves kind of like a double smooth point if you will. All right, now let's say you want to change the color of this point. Then just go ahead and dial in a different color here inside the Color panel. I'll go ahead and change the hue value to zero degrees, and you can see now we have this blast of red that's associated with this single mesh point.

If you want to change the color of multiple mesh points at a time, just go ahead and click and shift-click on the desired points, using the white arrow tool, and then I'll crank the saturation value up to 100%, and I'll take the hue value down to let's say 120 degrees in order to add a bunch of points of bright green. Another option is to select an entire patch by clicking inside of it and changing the color of it to let's say purple and that's going to add a blast of purple at that location, and notice the colors are fading to blue at the other mesh point, and so again, we have this two-dimensional gradient.

Notice that it's fading more slowly over here in the central portion of the shape, and that's because there's a big distance between this column of mesh points and this column of mesh points over here. Now the control handles do change the way that the colors fade by the way. So notice if I drag these controls handles around, I am going to change not only the direction of the gradient but also the speed of the gradient. So notice if I drag this guy way over here and then I drag this one back over this direction that we are going to have more of a rapid transition right here in the middle, and so I could go ahead and weight things more in favor of the purple if I wanted to, or I could drag this guy back and weight things more in favor of the blue.

And so even though I've made a big mess so far, that is my introduction to the world of gradient mesh here inside Illustrator.

11/9/2017
Sharpen your Adobe Illustrator skills by tackling more advanced techniques. In this course—the third in a comprehensive training series by industry expert Deke McClelland—learn essential Illustrator concepts, in a logical order, on a schedule that works best for you. In this installment, Deke helps you attain mastery at this powerful vector graphics editor by familiarizing you with some of its more advanced features. Learn new shortcuts, advanced blend mode tricks, how to customize the toolbox, and how to create gradient meshes. Plus, Deke explains how to create symbols and custom arrowheads, graph numerical data, apply cool 3D effects, and much more.
Topics include: