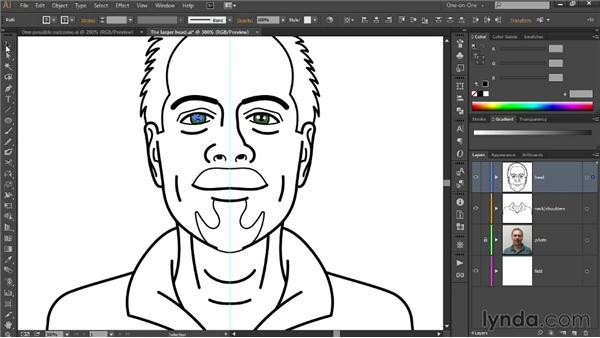 Join Deke McClelland for an in-depth discussion in this video Establishing variety with stroke attributes, part of Designing Your Own Online Avatar.

Not the shapes inside the ears, just the outlines…of the ears And again, this is all subjective stuff.…So if you decide I'm wrong, then try something different.…And now I'm going to change the line weight up…here in the control panel to two points, and…I'll press the Enter key, or the Return key…on the Mac, in order to apply that change.…And then I'll click off the path outlines to deselect them.…I'm going to marquee this nostril over here on the right hand side.…