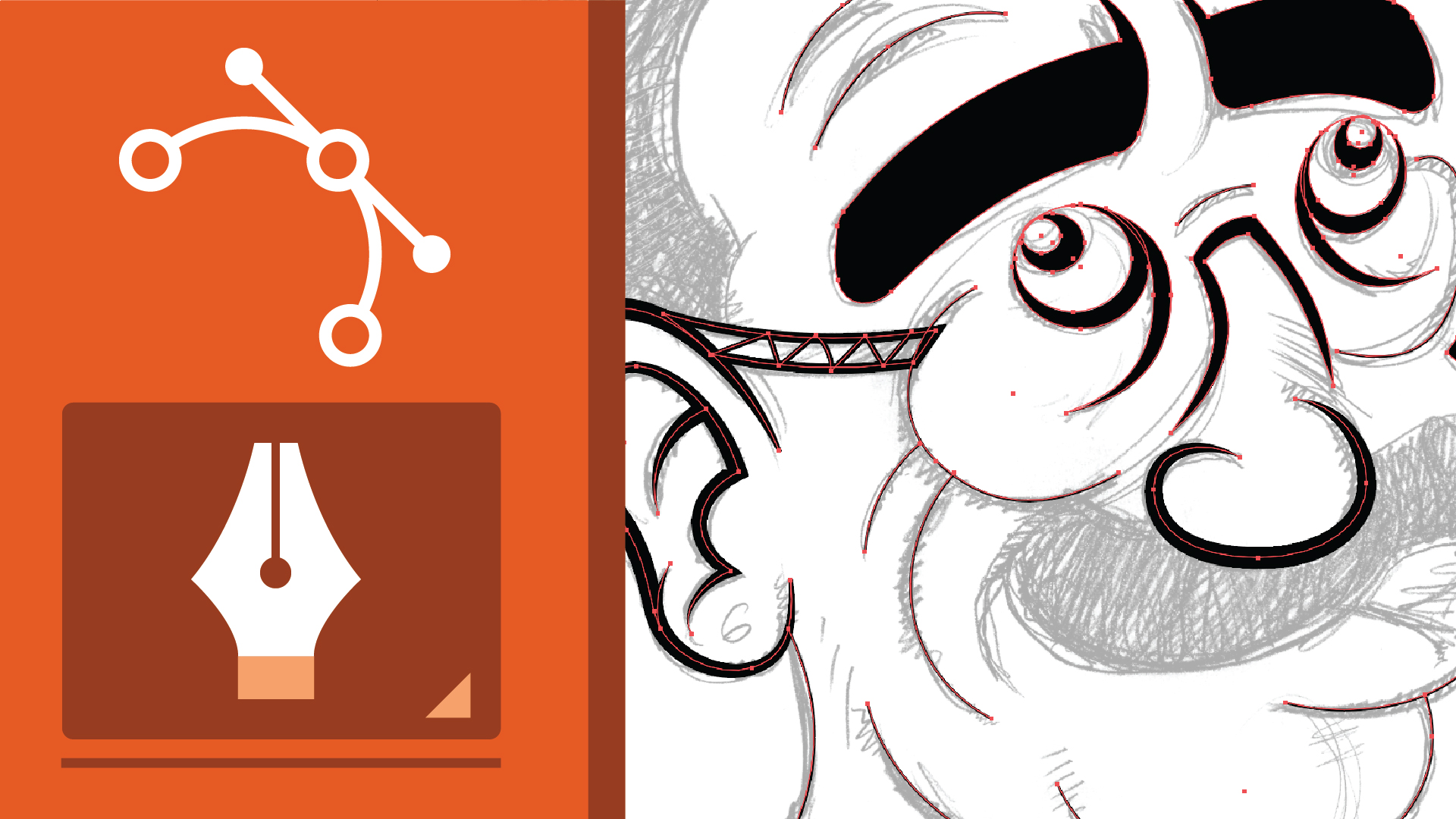 Join Deke McClelland for an in-depth discussion in this video Drawing a curved segment, part of Adobe Pen Tool: Mastery.

- [Instructor] In this movie, I'll show you how to combine two smooth points to create a curved segment. And so here we are looking at the Active cursor and we can tell that's the case because there's no asterisk at this point. And so what that means is as soon as I click and then drag, the click is going to once again determine the position of the anchor point. And the drag is going to produce two opposing control handles, as well as connect the new point to the previous one with a curved segment, as we're seeing here.

And as you continue dragging, the segment updates on the fly. And so, when you like what you see, just go ahead and release your mouse or stylus or what have you, to return to the Active cursor. That might seem easy enough, but here's where it gets tricky. Notice that the handle you just drew, this guy here, doesn't control any segment. It will however control the next segment you create. Whereas the opposite handle right there controls the new, or if you prefer, previous segment.

And so as you can see here, this guy's controlling the next segment, because there didn't used to be a segment when we created this first smooth point, and then the second smooth point, this guy right here, the opposite control handle, is controlling that previous segment. And so you can also think of the handles as pitching and catching. And so the out Out handle right here, the one that I'm showing you in green, is pitching the segment and then the red handle, which is the In handle, which I've colored red, is catching that segment.

And so remember, when drawing a curved segment with the Pen tool, drag in the direction of the next segment, the one you will create. And keep an eye on the opposite handle to monitor its effect on the new, or if you prefer previous, segment. And so let me show you what that looks like. I'll go ahead and press the P key to switch to my Pen tool. It may look different for you, depending on which version of Illustrator you're working in. But note, I'll just go ahead and click and drag in order to create an anchor point along with two symmetrical control handles, and then I'll move my cursor to a different location.

Notice that this so-called rubber band preview of the segment isn't necessarily super accurate. It would be accurate if I were to just click with the tool to create a corner point without any control handles, like so. But that's a real no-no by the way. And that's because you need two control handles for any curved segment. And we'll discuss more about that in future movies. But for now, what I'm going to do is undo the creation of that point. Notice that I still have an Active cursor at which point I can click and then drag away from the segment toward the next segment I'll be creating.

So it's that opposite handle, the one that's not under my cursor, that's controlling the active segment, the one that I'm drawing right now. And the result is a curved segment as we're seeing right here. We'll be revisiting this topic at length in the very next movie.