Creating a bicycle: Making the tread 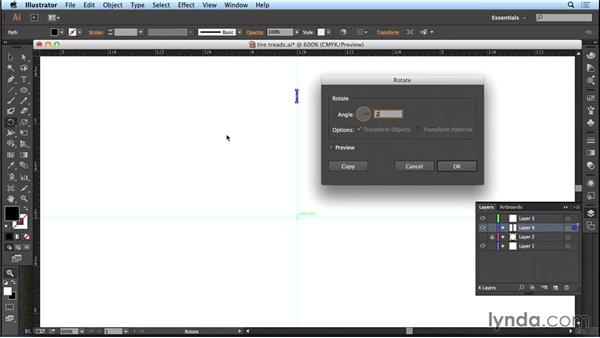 - One thing you see a lot of in Amsterdam is bicycles. Now we have three right here in the foreground and if we look around at the rest of the painting like way back here on this other bridge, you can see there's tons of bicycles all through there, and if we pan over to the side, there's a whole stack right there parked, and right along the buildings, there's a bicycle, there's a bicycle there, there's a bicycle, and bicycles, there's all bicycles everywhere. So many bicycles that way over here at this church, that sign I found out says, "It is "forbidden to tie your bicycles to this gate." So bicycles are a big thing in Amersterdam.

So what we're going to do right now is create some bicycles. I'm going to start of with this one right here on the far right. It's really close to us and we see it's got a lot of details going on, all kinds of things. But one thing we see this nice little tread right there on the bike, on the bike tire, right there. So what we're going to do is create that tire right there. So because of the nature of this tread, the way it's going around in this circle, it's best to do that one in Illustrator. So I'm going to go into Illustrator and there we see that I've set up some guides.

I've brought in a guide from the top and from the bottom and created a cross section and I created this tiny little rectangle way up there. Looks like that, just a little rectangle, and we can move it and put it right on top of our guide. So it's right there on top of our guide. We can even center it on our guide, so we know exactly where it is. So now I'm going to pull back and we'll just see what's going to happen next. So what happens is I'm going to take that, I have it selected and that's going to be the top of the tire and these treads are going to go all the way around.

So, 2 will easily go into 360 and it will give me a lot of treads going across. So I say make a copy and since that worked just right Command "D" will make another copy in the exact same direction. So I hit Command "D", Command "D", and you can see as I continue to hit it, it's starting to form a circle. Now, this is going to take a while because every time I want another tread, I have to hit that D. So, look I already have one where I completed them. So we can throw those away. We don't even need to see that one. So there's my little treads.

Just about the edge of my little treads. Now it's filled with black. I'm just going to reverse that. So that I have an outline in black, rather than the fill- in black, and just for viewing purposes, I'm going to reduce the size of this. Now it's telling me down to the lowest. No problem, I'm going to go in there and say, .25. We're not dealing with pixels here, so I can do that. Hit ok, and, now you can see that I have this really thin line that are for purely visual points. Now I'm going to draw another one, right on top of that, and this one's going to come about to here.