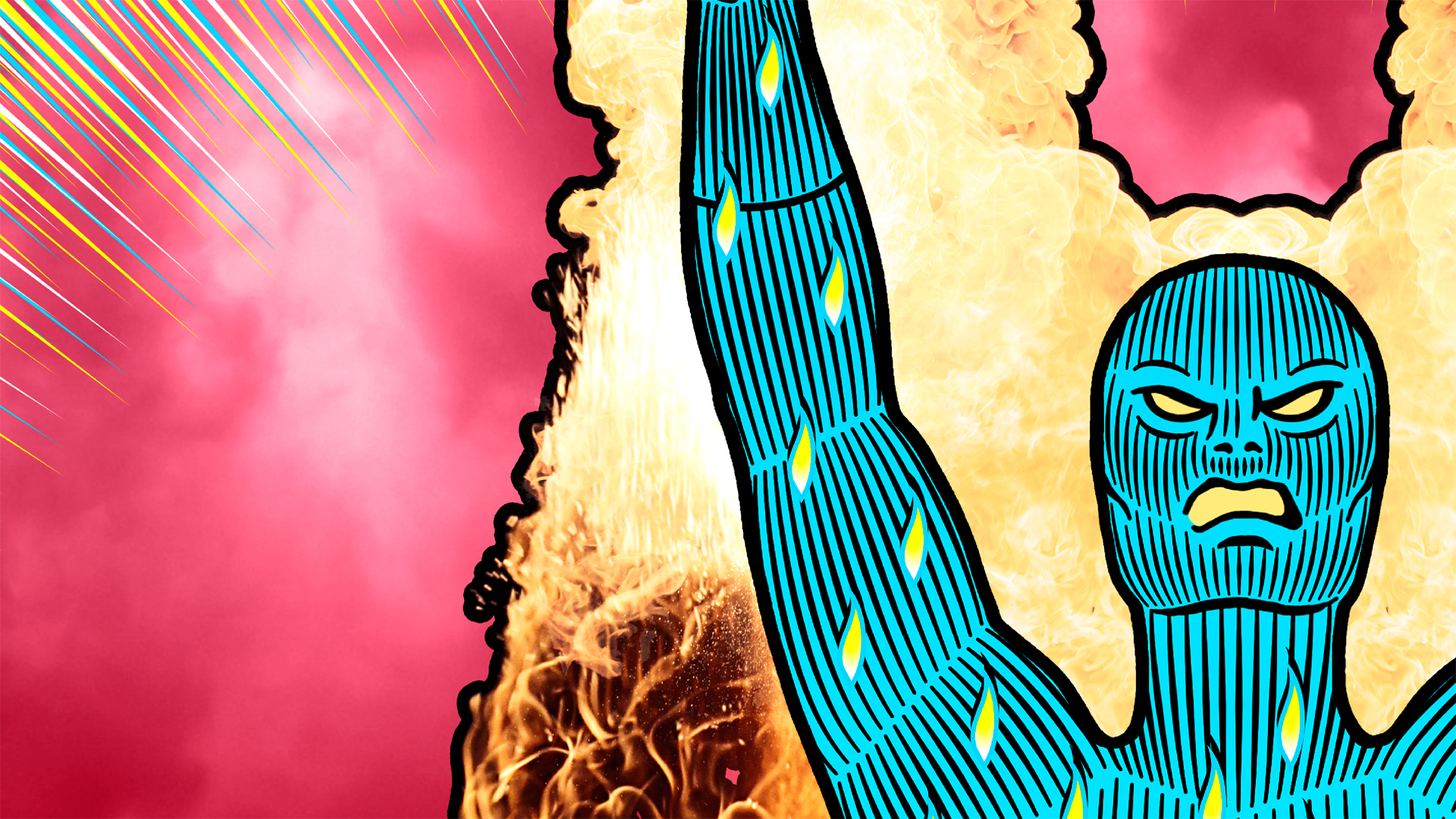 - In this movie, we'll take a look at line weight, which determines the thickness of a stroke. Now, notice down here I have a series of hand drawn characters that are based on these letters at the top of the document, which are set in a font called Adobe Caslon Pro. Now, if you don't have that font and you end up getting a font warning when you open this document, don't worry about it, it's not going to affect your experience at all. Now, notice that each one of these letters that requires more than one path outline, such as the a and the b, and so forth, are created as compound paths.

And, you can see that's the case by the appearance of the words Compound Path up here in the control panel. And, the reason compound paths are so useful, is that they assure uniformity across fill and stroke attributes. So, for example, take a look at the four paths that currently make up this letter g, they're all filled and stroked differently. But, if I go ahead and partially marquee those paths with the black arrow tool in order to select them, and then I go up to the Object menu, choose Compound Path, and then choose Make, Illustrator is going to adopt the fill and stroke attributes of the rear-most shape, which is this ellipse at the top of the g.

And, as a result, we end up with one set of fill and stroke attributes, which is why compound paths are routinely used in the creation of text, whether hand drawn or otherwise. All right, now, I'm goint to go ahead and marquee these letters to select all of them. Then notice up here in the control panel, this value right next to the word Stroke, that's the line weight. Now, you should know, Adobe calls this value the stroke weight, but they are, by far, in the minority in that regard. This attribute has been with us since the days of traditional paste-up, which go back decades before Illustrator ever appeared on the market.

Another way to work is to enter your own custom value. For example, if I enter 15.33 and then press the enter key, or the return key on the Mac, then you can see that the line weight is accurate to 1/100th of a point. Finally, you can select a preset by clicking on this down pointing arrowhead and choosing anything from 0.25 pts onward. Notice, if I go ahead and choose this first option, I'm going to have to zoom way in in order to see these strokes. And, I'm also going to have to hide these points and segments by going up to the View menu and choosing Hide Edges, or you can press that keyboard shortcut of ctrl + h here on the PC or cmd + h on the Mac.

Now notice, that even though we are no longer seeing the points and the segments, that these letters remain selected. All right, I'll go ahead and press ctrl + z or cmd + z on the Mac, to undo that move, so that we can just take a look at these line weights for a moment. Now, notice that I am zoomed in all the way to 400% and yet the lines are only taking up one pixel on screen. That's because a quarter point line weight is 1/4 of 1/72 of an inch, which is to say 1/288th of an inch thick, which is about the thinnest line that an output device can render.

Which is why this line weight is known as a hairline. Another very thin and common line weight is 0.5 pts, that is to say, half a point. Which is a little more likely to survive the printing process. But, I want some big, thick strokes. So, I'm going to go ahead and click this down pointing arrow head once again and then choose 20 pts from the menu. At which point we will end up with these strokes right here. Now I'll go ahead and bring back my points and segments by pressing ctrl + h or cmd + h, and now I'll press ctrl + 0 or cmd + 0 on the Mac to zoom out.

And then, finally, I'm going to change the color of these strokes by clicking on the second swatch up here in the control panel. Then I'll select this preset purple, which is R102, G45, and B145, in order to produce this effect here. Now, I'll press the escape key in order to hide that panel. That is how you adjust the most fundamental element of strokes, which is the line weight, here inside Illustrator.

3/3/2017
Design and create amazing works of art using the powerful vector-based drawing program—Adobe Illustrator. This comprehensive training is the first in a series of three courses by industry pro Deke McClelland. Learn how to create multipage documents with artboards; how to draw anything you can imagine with the Pen, Pencil, and Curvature tools; and how to start adding color to your artwork with swatches. Deke also covers drawing shapes, adjusting strokes, formatting text, and painting digitally, with or without a tablet. Each chapter should leave you with a new set of skills—and a sense of accomplishment.

As Creative Cloud evolves, this course gets updated. Check back for new movies, new feature reviews, and new ways to work.
Topics include: