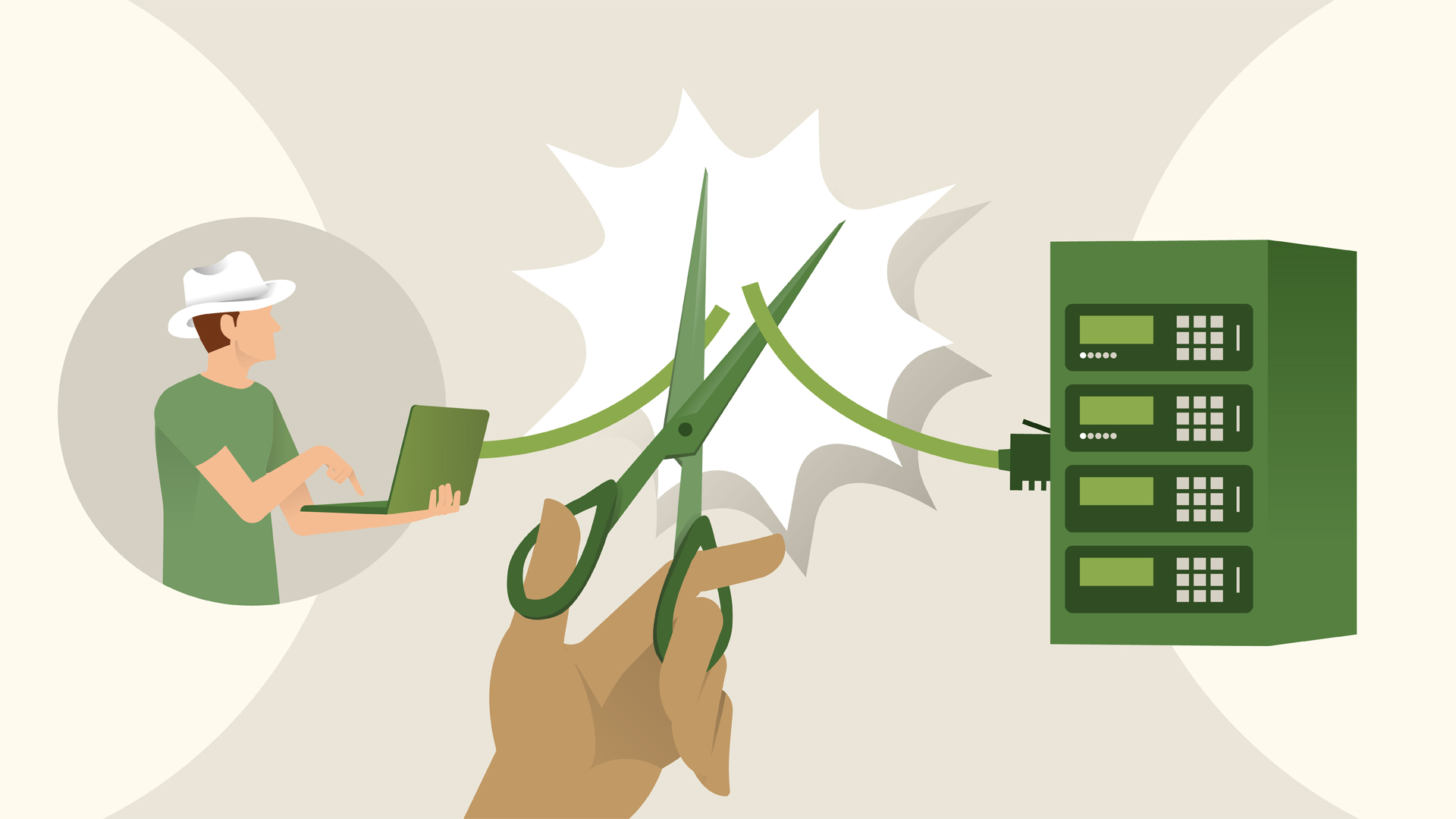 - [Narrator] A reflection attack takes place … when we send a packet to a server, … and have it reply, not to us, but to the target. … We can achieve this easily … by spoofing the source address in the packet. … An amplification attack takes place … when we send a packet to a server … and get a significantly larger packet … sent back to the target in reply. … Both reflection and amplification attacks … typically involve sending packets to many thousands … of servers in a distributed denial-of-service attack. … Let's have a look at the basics of an NTP attack. … I'll start by looking at the Ubuntu server, … which I have on the virtual network running the NTP service. … I can check what services are running in Ubuntu … by entering the command service --status-all more. … We can see the NTP server is shown with a plus. … It's running. … Okay, Let's see how it's configured. … This shows me that the service is running and it's connected … to four authoritative time servers. … Okay, we have a service here. …