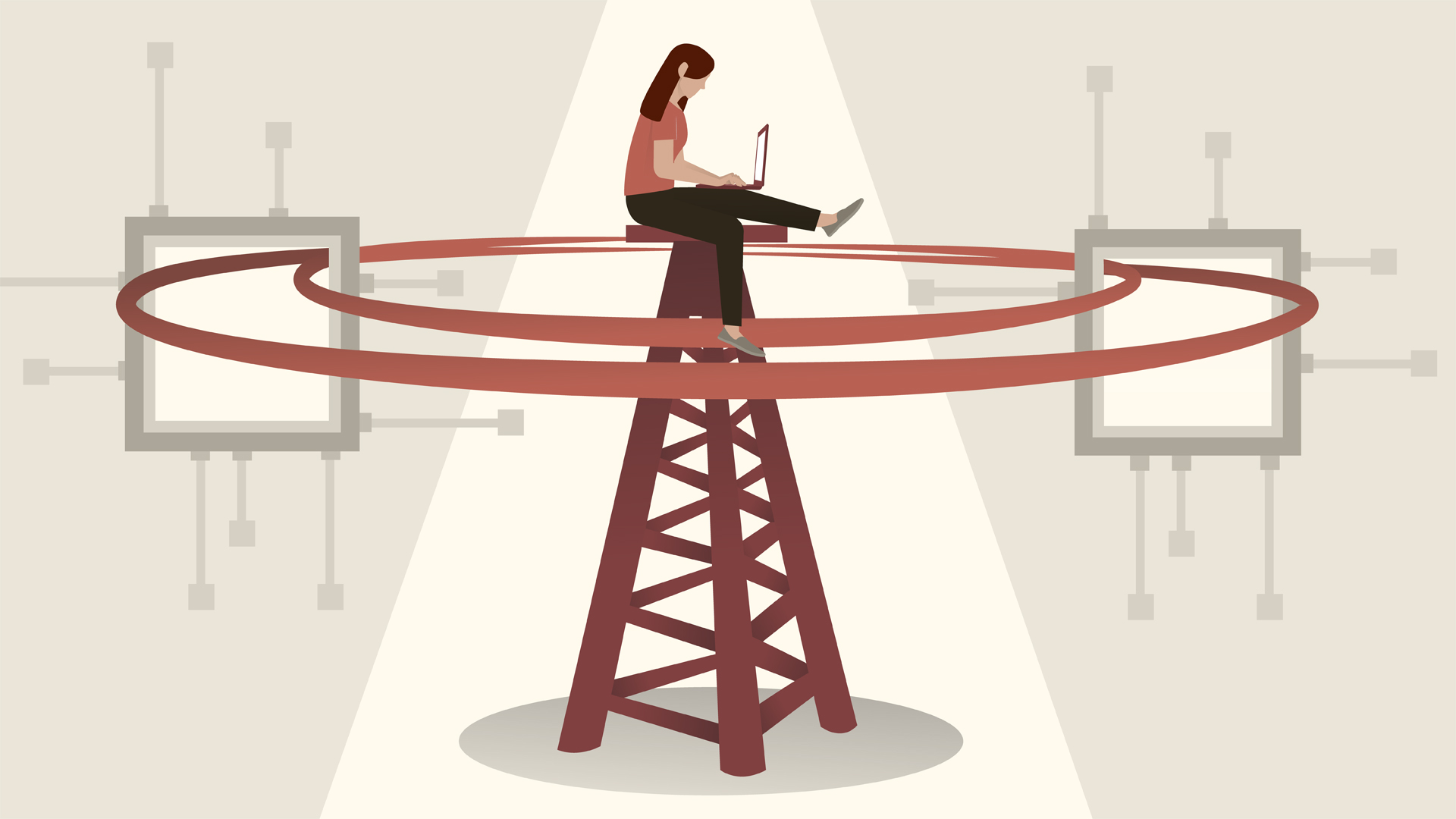 The 802.11 standard has a number of improvements over the years, but every version shares common devices and functions that haven't changed in over 20 years. A good tech should know how these features work and their job in a wireless network.

- Any device that wants to be on an IP network has to give you some method to type in the IP address, the subnet mask and the default gateway. So I'm going to do it here in Windows, let's take a look. So what I'm going to be looking for is called Network and Sharing Center. Now there's about 5000 ways to get to it. I'm going to click on Network Connections, and then scroll down a little bit, and here's Network and Sharing Center. You can also get that through the Control Panel as well, in fact, it shows you Control Panel right here.

Now the Network and Sharing Center is your one-stop shop for anything you have to do when it comes to dealing with your network, your network cards, any type of connections, whatever you need. What I want to do is right here where it says, Change adapter settings. So, right now there are two network cards in my computer. This is my real network card, and I want you to pretend like that one's not even there. So, let's go ahead and I'm going to right click on this and we're going to select Properties. You've got to be careful right here.

We're not in Device Manager, and a lot of times when people see this they confuse Network and Sharing Center with Device Manager. If we right click in Device Manager on that network card, we'd be seeing other things like Wake-on-LAN and functions like that. This is a totally different set of information. So I'm going to click on Properties, and what I want to show here is all these different settings. The one I'm most interested in right here is called, Internet Protocol Version 4 or IPv4.

The IP addresses with the four octets separated by three dots are actually an early version of IP addressing called IPv4. IPv4 is what built the Internet, we have a more advanced version called IPv6, but I'm giving that its own episode. So let's make sure we're clicking here on Internet Protocol Version 4 (TCP/IPv4). And we click on Properties, and here is where you type in your address. So, let's just say the address is going to be 11, actually you have to hit the period, .12, 13.66.

And then I type in the subnet mask. Now, Windows will try to type this in for you automatically. So you'll see in this case it's 255, 255, 255, zero. The overwhelming majority of subnet masks are going to be Class C, or 255, 255, 255, zero, which just means that last zero is going to be different among the computers in your LAN. But, let's look take a look at a different subnet mask. What if I type that in instead? Now, what I'm going to be saying is my network ID for my local area network is 11.12, and I can type in any other two numbers I want.

Now keep in mind, in the early days of the Internet, you would have a network person who would be configuring this out, writing this all down, and would usually allocate these numbers. These are not numbers that you're pulling out of the air. Somebody said, Mike, go over to computer 17 and enter this value, then go over to computer 18 and enter that value. So, these don't appear out of thin air. And then the default gateway, which is really going to be your router, is almost, remember, it's going to be a part of the same network. You know what, let's put this back to 255, I'm a Class C kind of guy.

In order for them to be in the same network, the first three digits have to be the same. And then usually we just go ahead and type in a one because that's what most people set up their router to be. There's other settings in there, but for right now we don't need those. Well, congratulations, you've just configured your first static IP address. When we configure our IP addresses statically, you are typing in, by hand, the IP address, the subnet mask and the default gateway. These numbers didn't come out of thin air, this came from an administrator or somebody who is setting up the network.

So now I have a question for you, what if anything changed? What if we get rid of a computer, or we decide to move this computer over to another LAN on the other side of a campus? Would we have to keep going in here and changing stuff all of the time? Wouldn't it be amazing if there was a way to change IP addresses dynamically instead of statically? Well, stay tuned. (upbeat music)

5/10/2019
CompTIA A+ (220-1001): Cert Prep is a comprehensive 10-part series designed to help IT professionals prepare for the CompTIA A+ Core 1 (220-1001) exam, which focuses on critical IT support tasks and essential troubleshooting skills. In this installment, CompTIA expert Mike Meyers reviews essential wireless networking concepts—from working with DNS to VLANs—to prepare you to take and pass the CompTIA A+ Core 1 (220-1001) exam. Learn all about special IP addresses (and when and how to use them), how port numbers do their job, and how to configure routers. Plus, get tips for reading symptoms and quickly troubleshooting a network, working with workgroups, performing a basic setup for a wireless access point (WAP), and more.

IT Help Desk Network Administration IT A+