The Data Game of Fantasy Football 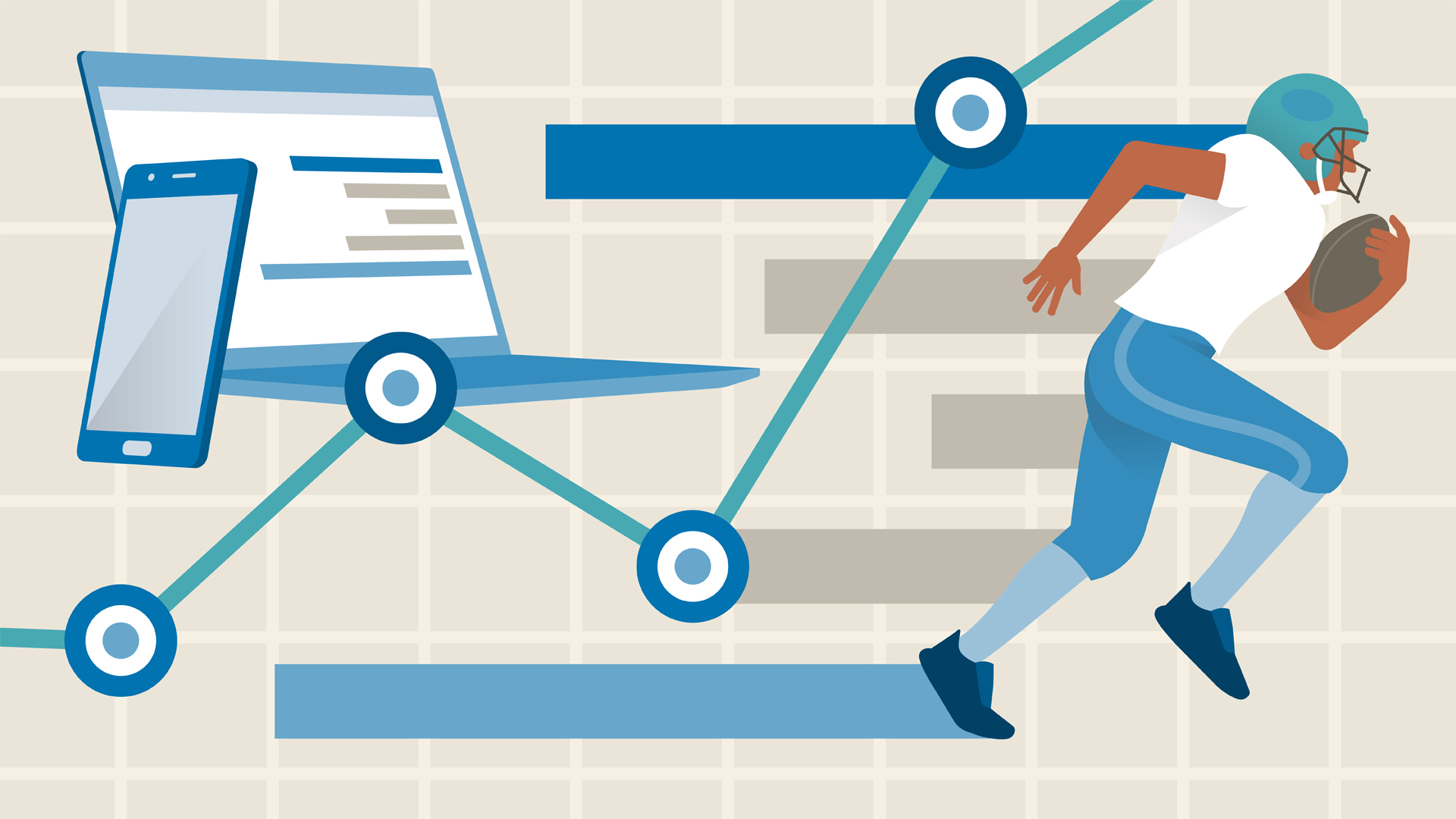 7/16/2019
As NFL players ready themselves for a fresh shot at Super Bowl glory, another game starts to invade offices and friend groups: fantasy football. Equal parts number crunching and artful trash talking, fantasy football is a game where a player's ability to parse data can make or break their season. In this course, Eddie Davila breaks down how fantasy football works—and how you can leverage the power of data science to assemble and manage a formidable team. Get expert guidance on drafting players, setting your weekly lineup, and making sound coaching decisions throughout the season. Plus, learn what it takes to start your own league. Whether you’re a fantasy football veteran eyeing another win—or you've been goaded into joining your very first league—this course can help you start the season with confidence.
Topics include:

- [Eddie] Fantasy Football, a national obsession that somehow manages to link professional football and data science. Fantasy Football leagues, a place where jocks and geeks can battle their friends, family, and coworkers. I even know someone that created a husbands versus wives league. And so whether the league winner is rewarded with money, prizes, or just fantasy glory and bragging rights the losers can be subject to hazing and humiliation. And that is why we all love Fantasy Football. It allows us to compete with, argue against, and shame those we love and respect. Whether you're an old-timer with many a Fantasy Football injury, a relative newcomer to Fantasy Football, or someone that has just been asked to join their first Fantasy Football league and maybe knows almost nothing about football, this course might help you better understand Fantasy Football. But perhaps it will just push you to the edge of competitiveness. Then again, it might help you pick the best Fantasy Football team ever assembled, only to have most of your players get injured. Look, there are no guarantees in Fantasy Football. Fantasy Football is not for wimps with bad data science skills. You could spend months looking over stats, and watching game film. And while that sounds like fun for some of us, Fantasy Football is just like any other business endeavor. We want to make accurate decisions quickly. Hi, my name is Eddie Davilla. I've been playing Fantasy Football since the early 1990s. Yep, they had it back then except we had to add up the points by hand, like Neanderthals. I've had some good seasons, and lots of bad seasons. And I've run my present Fantasy Football league for almost 20 years now. Along the way I've learned about leagues, teams, drafts, and of course statistics. This course will focus on how some attention to detail, and just a tiny bit of data science can help you discover value among hundreds of football players, and to drive good coaching decisions even when sample sizes are too small to give us any statistical confidence.

Video: The obsession with fantasy football