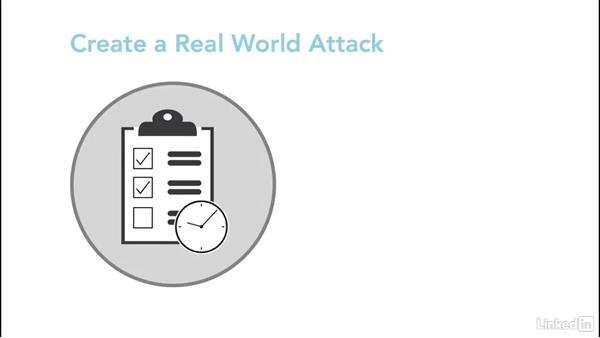 Network defenses get stronger every day. Hackers often will go after the weakest link – the people in an organization. Social Engineering testing should be a part of every penetration test as it a way to test the organization's human firewall.

- [Instructor] There is a potential to break into…any system, no matter how secure…or what logical controls are in place.…That's because whether a black hat hacker attempts…to break into a building or get past the firewalls,…the goal is always the same,…get into the system using any means possible.…Logical network defenses, security appliances,…and anti-malware protection get stronger every day.…

Over time, industry has strengthened our defenses,…and as a result, black hat hackers…look to penetrate a softer target,…the people in an organization,…including employees, contractors, and customers,…by using a social engineering attack.…Social engineering testing should be part…of every penetration test in some form,…as it is a way to test the organization's human firewall.…

Testing should include email spoofing and phishing attacks…and attempts to get the victim to go to a bogus website,…and social engineering attempts on the phone and in person.…Before beginning a social engineering test,…make sure everyone is aware before testing begins.…