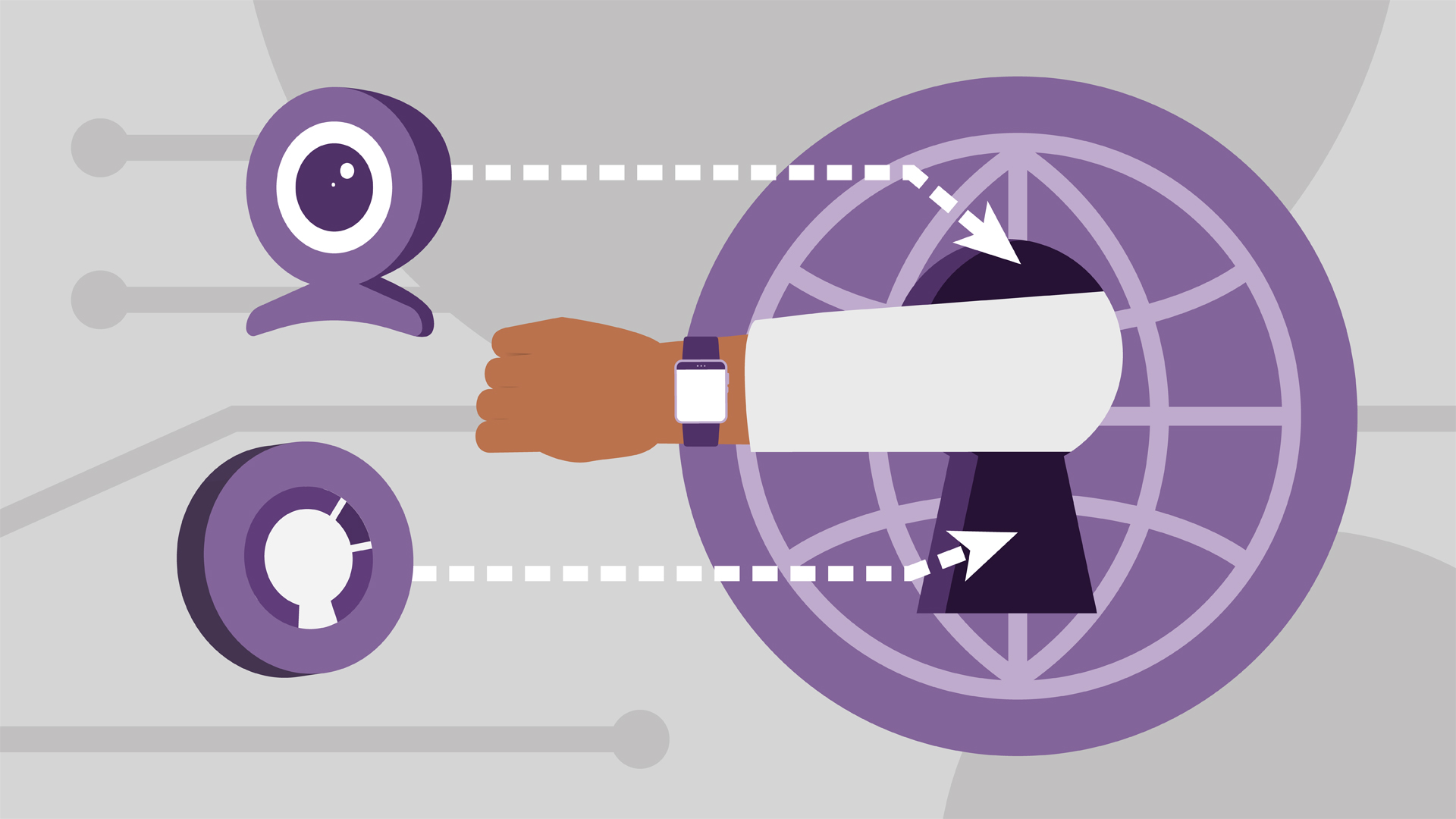 Business and consumers are recognizing the value of integration of IoT products and systems into their infrastructure. Testing for vulnerabilities before implementation is essential.

- [Instructor] The internet of things has the potential of giving every device a connection to the internet. Businesses and consumers are recognizing the value of integration of IoT products and systems into their infrastructure. With that potential comes many security challenges. Prior to tethering any device to the IoT, we need to take a minute and consider the security and privacy issues.

The fact is, in the evolution of computers and technology, we have gone through cycles of security and privacy awareness. When thinking about early computerization and the internet, we must go back to the late 50s and early 60s when we had mainframes and the ARPANET. Mainframes were the giant data crunching machines and the ARPANET was the beginning of what we know as the internet today. During that time there really really wasn't any concern about security.

In fact, on a mainframe, the only security issue concerns were over physical security, and whether someone might accidentally break a vacuum tube. As far as the internet, there really wasn't any as only a few hosts were connected to the early ARPANET. And as far as vulnerabilities, it as Grace Hopper who identified the first computer bug. It was a moth that had flown in to the system. I'm here at this website and here we can see the picture of the moth that had flown into the relay.

Things began to change in the 70s and the 80s as the idea of the personal computer became popular. With more and more computers in the home, the internet was gaining popularity, and more and more hosts were connecting. The first worm was the Morris worm. Written by a Cornell student. It was released and subsequently brought down the fledgling internet. At the same time, science were developing early encryption algorithms and cryptographic techniques to ensure the privacy and integrity of data.

The internet became public in 1992 and that opened a whole world of possibilities. From surfing, reading newsfeeds, to shopping, and banking. The credit card industry developed PCI DSS, a proactive approach to protecting digitally transmitted credit card information. Today it's a common practice to exchange data in an encrypted stream using SSL or TLS.

Today most organizations have layers of security. Security appliances such as firewalls and intrusion detection systems. Security policies which are the rules, regulations, and procedures, and include policies such as remote access, physical security, email, and password policies, and because people are our weakest link, we layer in security education, training, and awareness.

As we enter the next generation of computing web 4.0 and the internet of things, we need to reexamine the whole idea of security. As the internet of things is changing everything. Millions of people and businesses are purchasing and implementing devices to enhance our lives. When we think of the perfect world we see that grandpa can live at home. We're confident that he's moving about the house, his heart is in good shape, and he has milk in the refrigerator.

However, the real concern is the webcam in the garage can and might have possibly been a part of a distributed denial of service attack. Yes our world is changing. The internet of things connects people, infrastructure, and things. With all the awesome possibilities, we must keep in mind the many security and privacy considerations.

4/24/2017
The Internet of Things (IoT) is how devices on the Internet communicate through omnipresent sensors. Since its inception, consumers have connected smart devices to the network at an exponential rate, bringing us closer to a future where everyday things all interconnect. In this course—the first in a series that focuses on securing the Internet of Things—you can get started with this essential concept.