SMB and CIFS: Overview and configuration 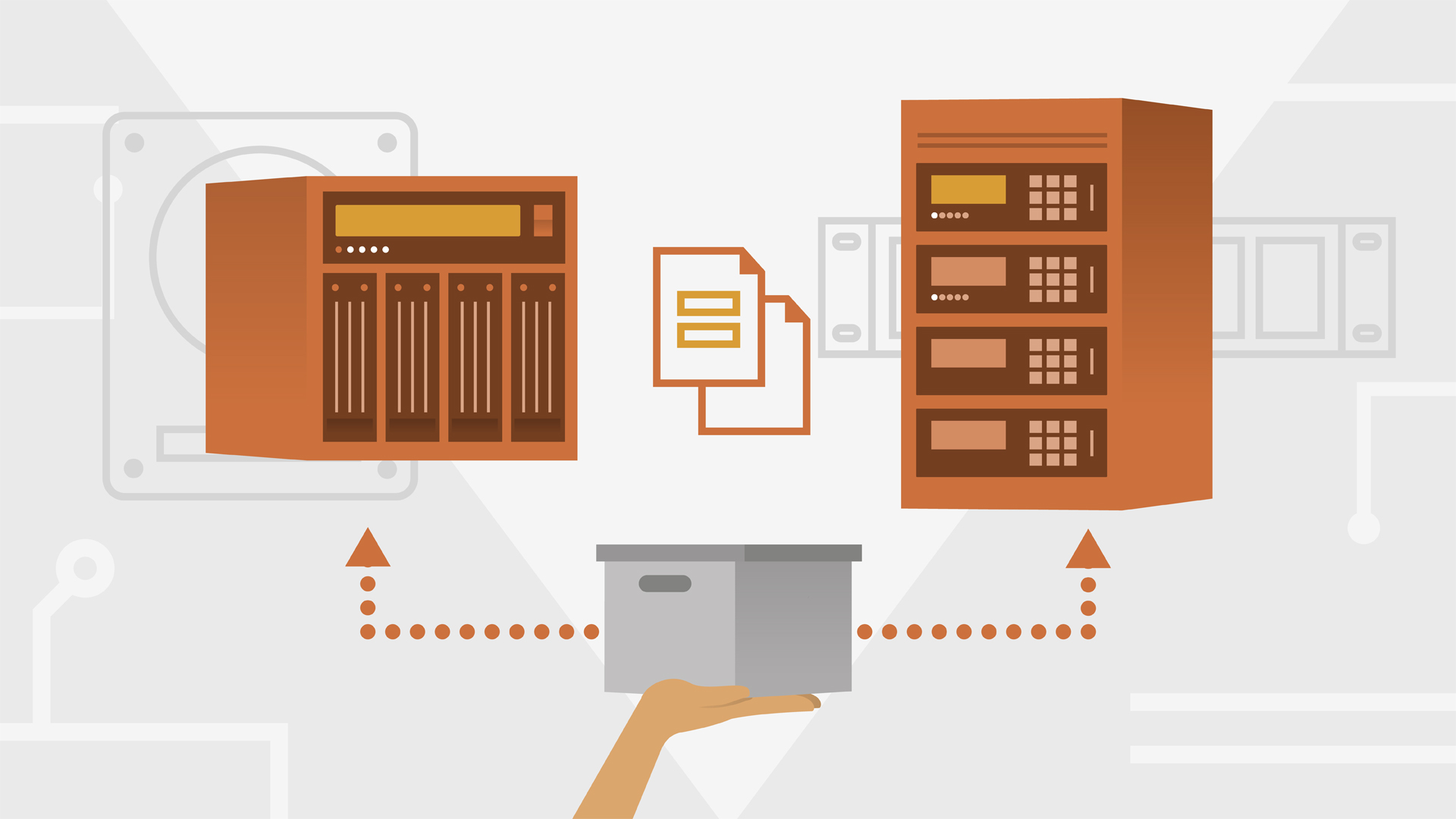 Join Neil Anderson for an in-depth discussion in this video SMB and CIFS: Overview and configuration, part of Introduction to SAN and NAS Storage.

- In this lecture you'll learn about the NAS protocols, SMB and CIFS. I'll give you the theory first, and then I'll show you how to get everything set up on your storage system. (electronic music) Okay, so SMB and CIFS. SMB is the Server Message Block, and it was originally developed by IBM.

CIFS is the Common Internet File System. It's a version of SMB that was developed by Microsoft, mainly for use on Windows systems. And the two terms of SMB and CIFS are often used interchangeably, however, newer versions of SMB are what's usually used in today's operating systems. So, if you want to be strictly correct call it SMB, but if you're reading anything anywhere and it's called CIFS just realize that really they're meaning the same thing, although they are a little bit different.

So CIFS was developed by Microsoft for our Windows based systems mainly. Samba allows UNIX based clients, so UNIX and Linux, to access CIFS shares. So, it was designed for Windows, but other machines can use it as well. The terminology servers share and clients use or map the share. Okay, so, let's have a look and see how to actually set this up on a storage system. And the storage system that I'm using here is a NetApp system, but if you've got a storage system from another vendor like Dell, EMC, or IBM, or Pure Storage, then the setup is going to be very similar to what you see here.

So I'll give it a name. Let's say that we are in New York, and I'll call this New York dash storage, and then the protocol that I want to use here is CIFS. So, you know how I said the terms are used interchangeably? On a NetApp system they call it CIFS. The security style is going to be NTFS because it's for Windows clients. The aggregate is a group of disks on a NetApp storage system, so which disks do I want to actually store this on.

So, I'm going to actually join my NetApp storage system to my Windows Active Directory domain when I do this, and then all of the computers in my domain are going to be able to access the storage if I give them permission to do so. So, I click on Submit and Continue. And on the next page, this is going to be context sensitive dependent on what protocol I selected on the previous page. So, I said CIFS. So, it's going to give me all the CIFS settings here.

So, I'll enter my networking information in there and then I need to select the physical port that is connected to that network. In my lab environment that is E0D. So, I will select that port. And then, you know how I was saying that we're actually going to be joining the Active Directory domain, so I need to put those settings in here. The CIFS server name is what this storage system is going to be known as in Active Directory. So, I will give it the same name as what I called my SVM, which was New York dash storage.

Then my Active Directory domain is named flackboxA.lab. The OU in Active Directory, I'll use the default which is computer, which is fine here. I put in my Windows domain administrator name and the password. Okay next thing, optionally I can create a volume here as well. Clients access their data at the volume level. So, it's going to create a volume and it's going to share that volume on the Windows side.

So let's say that this is for our finance department. So, I'll create a share name of finance. We're just in a lab environment here, so I'll just make it a really small size of 50 megabytes just for demo purposes. I can set my permissions here as well about who's allowed to access this share. Just for the lab I'll set it as everyone full control. Real world, probably you're going to want to walk it down a bit more than that, and then I click on Submit and Continue. And what it's doing now is it's contacting my Windows domain controller.

It's logging in there with the username and password I specified here. So it has to be a user that's got permissions to join a computer to the domain, and it's now added my storage system to the Active Directory domain. This page here, I can skip this, nothing important on here. I then get a summary page and I can click on okay. So, you'll have noticed that when I configured the storage through the wizard it just set up one IP address on one physical port for me there.

But I'm going to want to have more resiliency than that. So on the storage system here I'm also connected to the network through another switch as well on a different port on my storage system. So I want to set that up. So I'll click on the Networking tab here, and then go to Network Interfaces and in here I can see the interface that was set up through the wizard, 172.23.3.100, and that is on port E0D.

And okay to that. And this is going to be on my other port connected to the same network which is E0D. So now the storage system has got redundant network connections going through two different switches out to the client. So if either of the switches fails, or the actual network port, I can still get out there. Another thing you hopefully noticed was that the wizard only allowed me to create one share which I created for finance.

But I'm probably going to have other departments that want to be able to use the storage as well. So let's set up another share now for the sales department. So, I need a volume to share first. So I'll go to Volumes, and there you can see is the finance volume that was created by the wizard. I will create a new volume now. And I will call this sales_cifs_volume, and I'll put that in aggregate one as well.

It's the only one I've got available right now. That's the group of disks that I'm going to store it on, and I'll make this a small size again 'cause it's just in lab environment, and click on Create. And then when my volume is created I'll be able to share it. So I'll go to Shares, and you can see there's my finance share, and some other default shares that were created. I will create a new share, and I will browse to the volume that I just created, which was my sales volume.

Say okay there, and I'm going to share it as sales, and click on Create. So, that's me, got a couple of different shares now on my storage system. So let's go in and have a look at how this looks in the Windows domain. So, I will go onto my Windows domain controller, which is also the DNS server. I'll go to Active Directory Users and Computers and expand out my domain flackboxA.lab, which is what we joined on the storage system and when I look into Computers though you, there you go, you can see that New York storage has been joined to the domain.

The next thing I want to do is to add it in DNS, so that my clients will able to find it by a user friendly fully qualified domain name rather than by IP address. So, I'll expand out my WinA domain, look in the Forward Lookup Zone, and flackboxA.lab and I'm going to add a new address record here, and I'll call this New York dash storage, and the first IP address, there's 172.23.3.100.

So this is giving me redundancy and load balancing as well. So all I've got left to do now is check it works. So, I will go to Explorer and I will map a network drive. The name of the server was New York dash storage and the first share I created was finance. So let's connect to that one. And there you go, you can see I'm connected into my share from my Windows Server.

All of the other Windows clients on the domain will be able to connect into that storage now as well. Okay, so that was the theory of SMB and CIFS and also how to configure it as well. I'll see you in the next lecture for NFS. 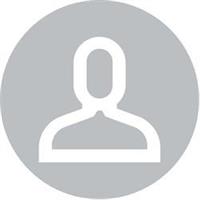 10/29/2018
It's no longer possible to get by as an IT professional by knowing only servers, or networking, or storage. You need an understanding of all three for your career to thrive. Centralized storage technologies—NAS and SAN—combine these capabilities and will test all your skills. This training course provides the knowledge you need to understand and work with SAN and NAS storage. Learn about the types of storage, the benefits, and the strengths of SAN vs. NAS. Instructor Neil Anderson introduces the NAS and SAN protocols—SMB, CIFS, NFS, Fibre Channel, FCoE, iSCSI, and NVMeOF—and shows how to configure a storage system and connect from the client, in featured hands-on lab demonstrations.
Topics include: