Leaking data via email or VoIP 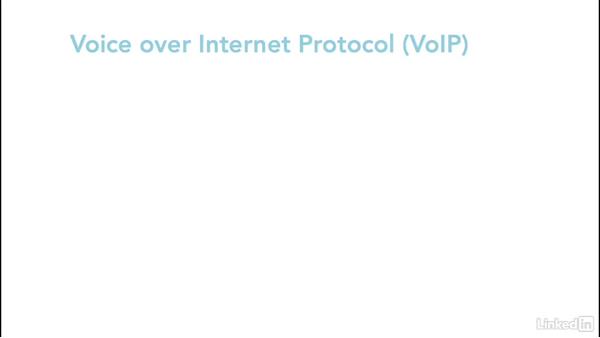 Email can pose a threat as malicious email can lead to a data breach. VoIP is also a concern, as is is vulnerable to numerous security threats. The ethical hacker should check for weaknesses in both systems.

- [Instructor] Data loss in a company occurs…when users leak data, either maliciously or accidentally.…Email can pose a threat,…as malicious email can lead to a data breach.…Voiceover IP is also a concern,…as it represents data in motion,…and a hacker can tap into the stream…and listen to the conversation…if not encrypted.…As a result, the ethical hacker…should test email and voiceover IP communications…to ensure they do not provide a path…for unintentional disclosure.…

Hackers use all types of ploys…to introduce malicious activity into an organization.…One way is email, and can include spam,…spoofing, phishing, pharming, or viruses,…and represents yet another way to leak confidential data,…either as an attachment, or in the message.…An email can contain a link…that sends the recipient to a bogus website.…If the victim clicks on a link,…or anywhere on the page,…they might get a driveby download of a virus.…

A hacker can spoof the sender address,…and use social engineering to trick the victim…into sending information via email.…