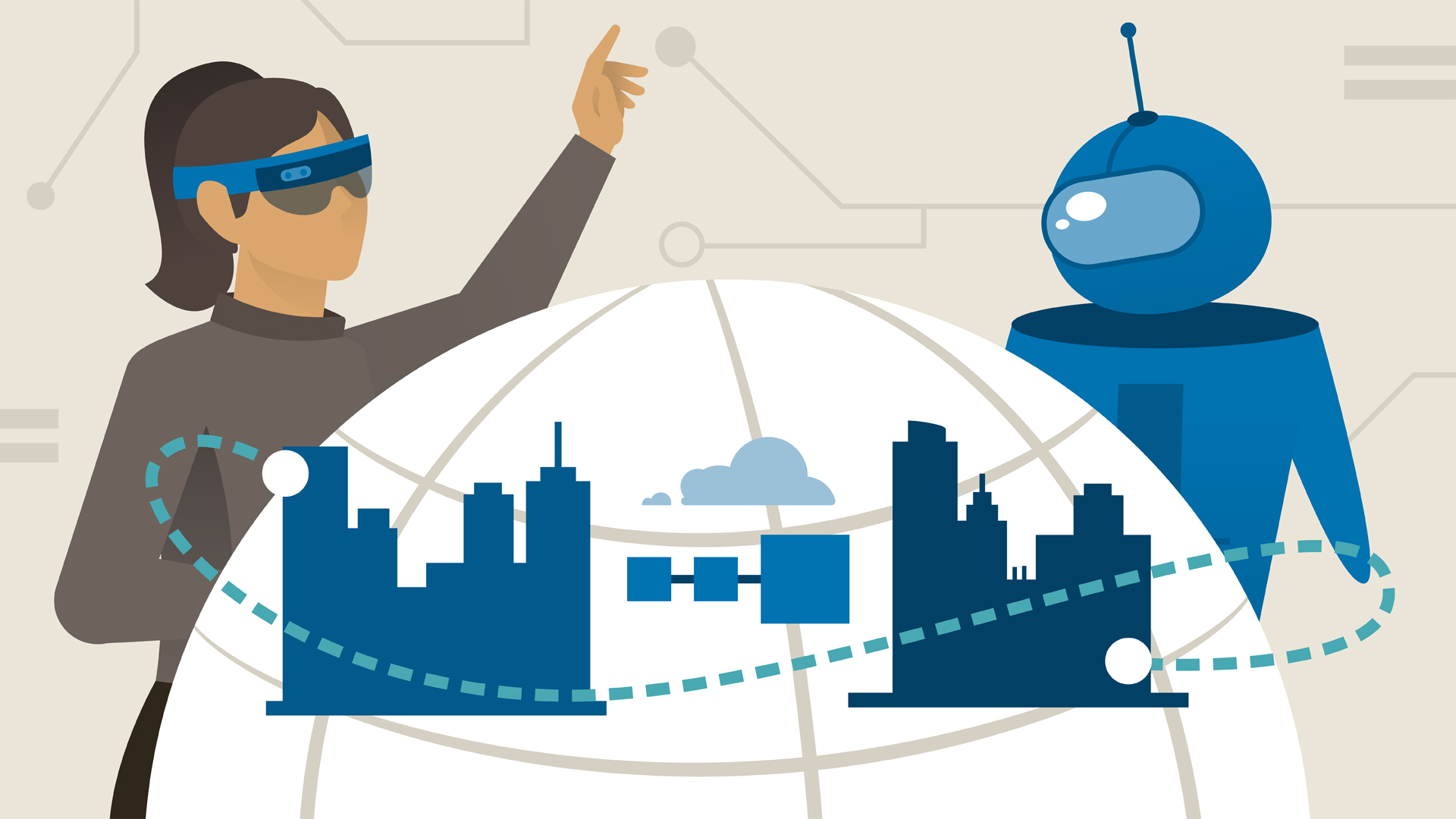 Explore the basic concepts and use cases of Internet of Things and Industrial IoT.

- The origin of the internet and the web enabled the easy movement of data between networks and a protocol standardization for linking files. At their core was the ability for humans to access data and information from connected devices where the source was geographically irrelevant. There's no doubt today that these innovations have been game changing for the human experience. In the early days of the web, convenience and simplicity meant that millions of people could participate as information consumers and many could easily become providers of information.

The internet and web provided a seamless online medium for a wide range of interaction. Over time enterprises began using the internet to interact with machines to conduct actions such as checking the status of a device or restarting it. Machines began to be programmed to commonly communicate over the internet in the role as just another user. Early uses included sending an email or text based on certain conditions such as confirming the completion of a tape backup.

The notion of customer to machine and machine to customer emerged. Instead of a internet limited to connecting people, the internet was now connecting people and all sorts of machines and devices. It was also connecting machines to machines. By the early 2000s, the first references to an Internet of Things or IoT emerged. While the total human participation on the internet is limited to the world's population size, the Internet of Things is vastly bigger with the potential to add billions of devices with no upper limit.

It's generally anticipated that 20 billion devices will connect over the internet by 2020. We can anticipate the number skyrocketing beyond that date. The full definition of the Internet of Things goes beyond simply a device connected to the internet. Consistent with trends in the Fourth Industrial Revolution, the IoT is better defined by a convergence of several technologies.

Let's look at a consumer example of an IoT device. A new type of thermostat for the home, one connected to the internet. This thermostat requires a home Wi-Fi network, but once connected it becomes remarkably smart. First, as a result of connectivity, it can be controlled from multiple devices such as a home computer or a smart phone. Being connected means its software can be updated wirelessly.

Using AI, it learns the nature of temperature in a room and the preferences of home occupants. It can determine if the occupants of a home have left and an eco-friendly way adjust the temperature. Finally, home owners can access this data online, and they can understand their energy savings and opportunities to improve efficiencies. The thermostat was a breakthrough device and opened the door to a huge number of home based IoT devices that are now responsible for powering what's being called the Smart Home.

Many of these independent systems now conform to one or more standards that enables control from one system, and optimal co-ordination between devices. While the IoT world I've described so far is largely focused on the consumer space, there are other areas of the economy where IoT is emerging. The industrial IoT, also known as Industry 4.0, is a convergence of the Internet of Things, machine learning, sensor data and machine to machine communication and automation all in an industrial setting.

One popular example of the Industrial Internet is the ability to predict maintenance issues. Traditionally, the first time an organization knows it has a manufacturing issue is when a machine fails. When this happens, production on that line has to be stopped and the issue must then be diagnosed by qualified engineers. Repair or replacement work must be conducted. Testing is then done and assuming all is well the production line can be put online.

This is an expensive process both in terms of repair, but also lost manufacturing time. In Industry 4.0, a manufacturing machine has a device embedded in it that is monitoring specific criteria under varying conditions. These might include temperature levels, cog movements, pressure and air and oil flow. Using machine learning, the sensors learn when the system is running smoothly.

Then when something is not right the IoT device can record it. At that point, a decision can be made as to what to do. It's a much more efficient way to deal with possible issues. Both IoT and the Industrial Internet are reinventing how we think about the possibilities of home and industry innovation. There is no IoT without the internet and artificial intelligence, and there is no Fourth Industrial Revolution without the Internet of Things.