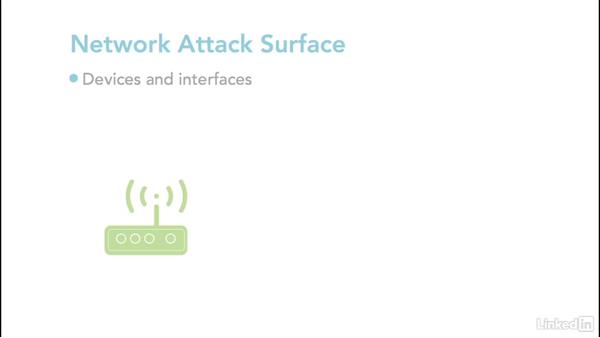 Attack vectors can include software, networks, and the user. When planning the penetration test, prioritize testing by identifying the most likely attack vectors first.

An attack vector is way for a hacker…to gain access into a system,…and can include software, networks, and the user.…Every organization is unique…in the design and configuration of key systems.…When planning the penetration test,…prioritize testing by identifying…the most likely attack vectors first.…Software represents the largest attack surface…and includes applications, services,…executables, and webpages.…

We find software vulnerabilities…in all types of software and operating systems,…and are not limited to a specific vendor.…The network attack surface includes…devices and interfaces,…