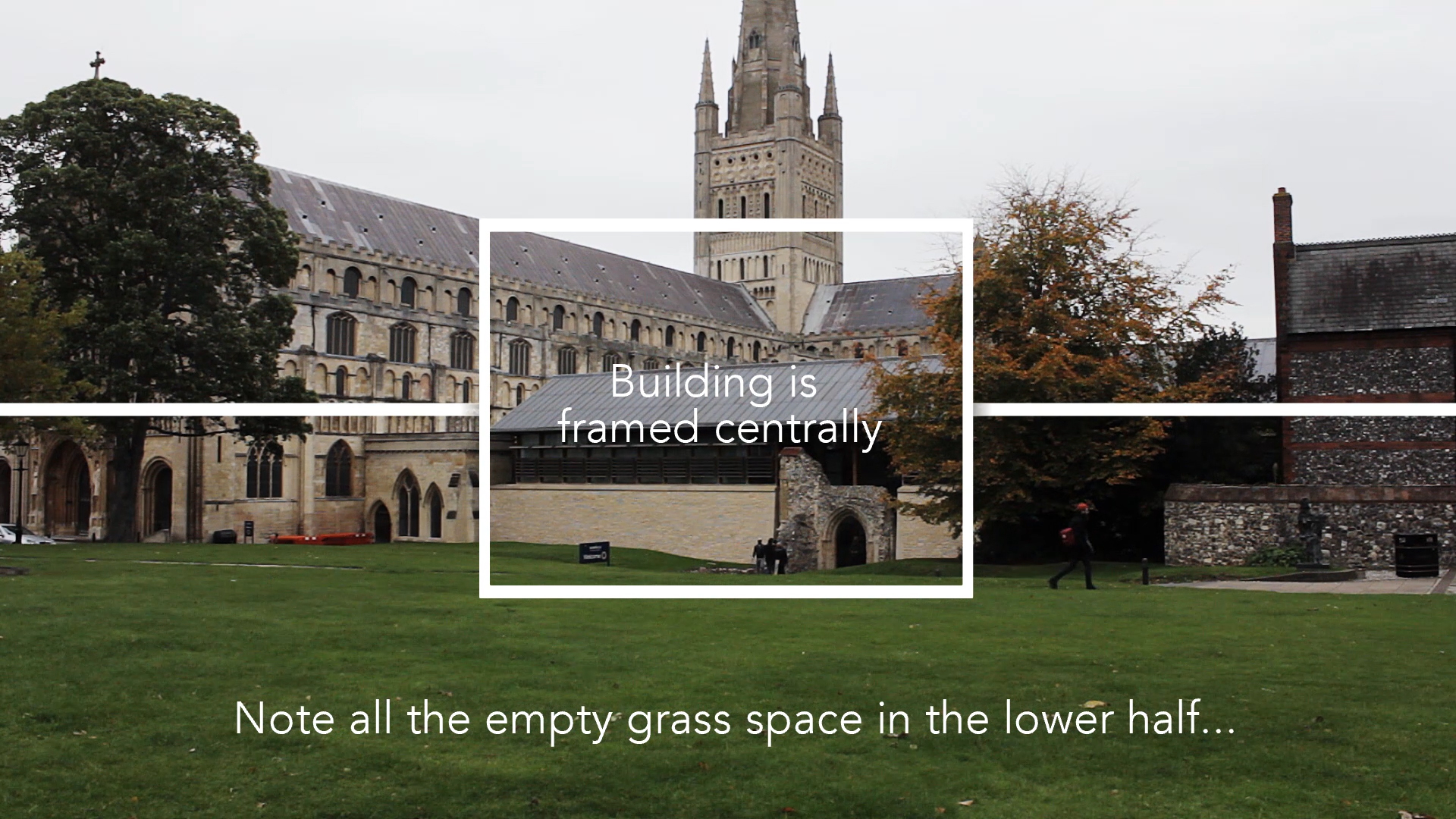 In this video, learn how to create an animated caption to introduce somebody in your video.

- A specific type of title that you'll probably need to use at some point, is called a lower third. This is a caption that appears to introduce something or a person or a location, a little bit like that. So these are very easy to create and you can do it in all sorts of different ways, of course and we're going to show you how to combine some text with a logo. I'll be using this logo for the example, but feel free to use something more relevant to your own projects. So that by the end, you have a practical, usable project. In HitFilm I'll make a new project and jump straight into a new composite shot.

I'll be working with 1080p project settings. Into the media panel, I will import my logo image. As mentioned in the previous video, you really want to make sure your logo image is a high quality file that includes transparency. As it'll make this whole process really easy. I drag the logo onto the composite shot timeline. The next thing I'll do is resize and reposition it, clicking and dragging on the corner handles of a layer lets you resize it. Make sure you hold the shift key while doing so, so that you retain the correct aspect ratio.

I'll go for something smaller and then position it down in the bottom left corner, while leaving some margin around the edges. Now let's add some text. I'll assume this title is to introduce myself. So first I'll select the text tool up in the viewer, then drag out a box. I'll make the height of the text box roughly the same height as the height of the logo. I'll then type out my name and put in a role, and then head into the text panel to tweak the look. After selecting all of the text, I'll switch over to a bolder font, like Arial Black.

Then I'll change the selection to be only the name. This I'll boost up in size until it's nice and chunky. The subtitle I'll also enlarge, but not the the same extent. I'll also change the color of the subtitle to be slightly darker. And there we have a completely usable lower third. I'll bring in a video clip of myself talking, then switch over to the editor timeline. First I'll take the video clip over and drop it onto track one, and then I'll grab the composite shot from the media panel. And put that above it, on track two.

The logo and text sit neatly on top of the video. This shows you how useful it is to have that logo with a transparent background. Because it makes placing it on top of other elements very easy. Double click the composite shot on the timeline, or click on the timeline tab, to jump back in. Let's make some more changes. I'm going to add some animation. I like the current positioning so I'll go forwards to one second in, and turn on key framing for the position property of the logo. Then I'll go back to the start and move the entire layer out of shot to the right.

This causes it to slide in over the course of that first second. What we can now do is have the logo gradually reveal the text. This will involve using slightly more advanced compositing techniques. So hold onto your hat. From the new layer menu in the timeline, I'll create a new plane. I'll use the default settings, black, and set to the same resolution as the frame. However, I'll then immediately use the viewer select tool to reshape the plane, reducing its height to about the same as the logo.

I'll shift it down to the bottom of the screen, and position it so that it sits neatly on the edge of the logo, covering over its tallest point. A few videos back we linked an effect to a different layers position. This time around, we're going to link this black plane layer to the already animated logo layer. This means that as the logo slides in, the black bar will come with it. I'm now going to use the I icon to turn off visibility for that black plane. We don't need to actually see it with the naked eye for it to be useful in this project.

Its position and shape are all that we need. In the effects panel, search for something called a set matte. Add this directly to the text layer. A matte is a compositing term. It refers to how you define which parts of a layer are visible or invisible. In this case we're going to use that sliding black plane as the matte for our text. In the set matte effects settings, change the source layer to the new plane layer. Change the blend from replace to subtract.

This means that wherever the black plane is, it will subtract, i.e., remove the text from that area. At the start, the black plane is entirely covering the text. So with the set matte effect applied to the text, that means the text is now invisible. And then as the logo and the black plane slide in from the right, the text is gradually revealed as the black plane gets out of the way. If you select the plane layer on the timeline, you can see more easily what is happening. Although you can't see the plane itself, you can still see its outline.

Make sure the logo layer is above the text layer on the timeline to ensure that this whole thing looks as it should, and now we have a cool lower third in which the movement of the logo actually reveals the text. Viewers will have no idea about what tricks you've pulled to get this to actually work. As well as a nice lower third, hopefully this video has also illustrated the power of combining layers together and how you can really start to do come interesting visuals once you know how layers can be manipulated.

12/20/2017
Find out how to give a great presentation and captivate an audience—whether online or in a board room—using video. This course teaches the essentials of creating high-quality video content using equipment you already have and a software you can readily download—HitFilm Express. The full range of the production workflow is covered, from setting up a camera, to recording audio, to editing, to sharing your work privately or publicly. Join Simon Jones as he takes you through setup, importing footage, organizing media, editing video, adding transitions, inserting titles, including motion graphics, outputting the final files, and sharing your video presentation.
Topics include: