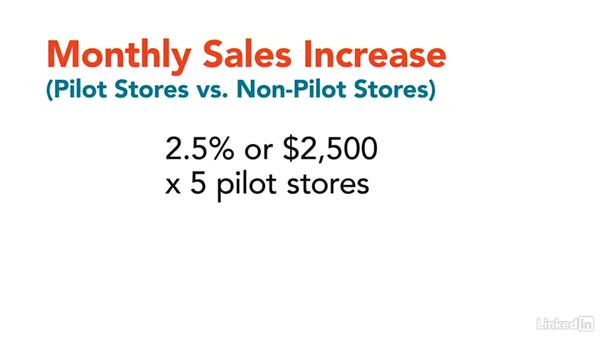 The ROI model was created by Jack and Patti Phillips to add a financial metric to Kirkpatrick's Four Levels of Evaluation. Follow a sample return on investment calculation and anticipate critiques from executive leaders.

- Jack Phillips developed the ROI model to add a financial component to training evaluation. He did this by building on Donald Kirkpatrick's four-level model. Phillips added level zero, which represents program inputs, like the number of people who attend the training, as well as the costs. He also added level five, which is return on investment, or ROI, to identify the financial impact of a training program and isolate it from other factors. Here's an example. Let's say you want to evaluate a sales training program for a retail chain with 100 stores.

We start by gathering some level zero input numbers. We decide to run a pilot program of five stores. It costs an average of $5,000 per store to deliver the training, so the total delivery cost is $25,000. Delivery includes the trainer's time, travel costs, participant wages, and training materials. It costs $10,000 to develop the training, but we can spread that over all 100 stores for our ROI calculation. So that's a total of $500 for the five pilot stores.

If we add everything up, the total cost for the pilot is $25,500. Now, let's look at the financial impact. Let's say monthly sales at the pilot stores increase by 5% after the training, which averages $5,000. That's $300,000 per year. Pretty good, right? Well, remember the ROI model isolates the impact of training, so to be fair, we need to compare the sales increase at the pilot stores to the stores that weren't in the pilot.

Sales at the non-pilot stores also increased, though not as much. So we can only count the difference between the pilot and non-pilot stores for our ROI calculation. Okay, a 2.5% sales increase is still pretty good. It works out to $150,000 per year for five stores. Good, right? Well, the chief financial officer might point out that we're using revenue for our calculation, not gross profit. Gross profit is revenue minus the cost of goods sold.

Here's what happens when we use gross profit for our ROI calculation. Let's say the average gross profit at our retail stores is 35%. We can multiply this by our pilot revenue gain of $150,000 to see a $52,500 annual gross profit gain. To calculate ROI, we subtract the $25,500 program cost from the $52,500 gain, and then divide that number by the cost of the program.

This yields 106% return on investment. Okay, all this math might make your head hurt a little. But it explains how executives and trainers often see things differently. A trainer might say, "Hey, this new sales training program "increased sales by $150,000." An executive might say, "Well, according to my math, "we only gained $27,000." Now, this was a pilot with five stores. Let's look at the projected ROI if we roll it out to all 100 stores in the chain.

We'll take the $5,100 training cost per store and multiply that by 100 stores. Next, we'll multiply that $510,000 total cost by the 106% ROI to get an expected net gain of $540,600. Okay, now I know, again, that's a lot of math. So I've put all the numbers for this example on the downloadable SampleROICalculationWorksheet. You won't use the ROI model for every training program, but this example highlights a situation where it can be very helpful. 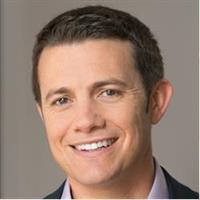 10/18/2016
Determine the ROI for learning. Discover how to evaluate whether learning objectives are being met in your organization. In this course, Jeff Toister explores several popular models for determining the effectiveness of a class or training course, and provides a framework for applying these models. This includes creating an evaluation strategy, collecting assessment data, and making recommendations for improvements. The Kirkpatrick Model, the Phillips ROI Methodology, and Brinkerhoff's Success Case Method are discussed in depth, as well as alternative approaches such as predictive analytics. These tools will give you the data to validate your current training strategy or recommend data-driven improvements that are tailored to the way your participants are actually learning.

Check the exercise files for sample evaluation plans, reports, checklists, and worksheets that you can use to evaluate your own employee development program.
Topics include: