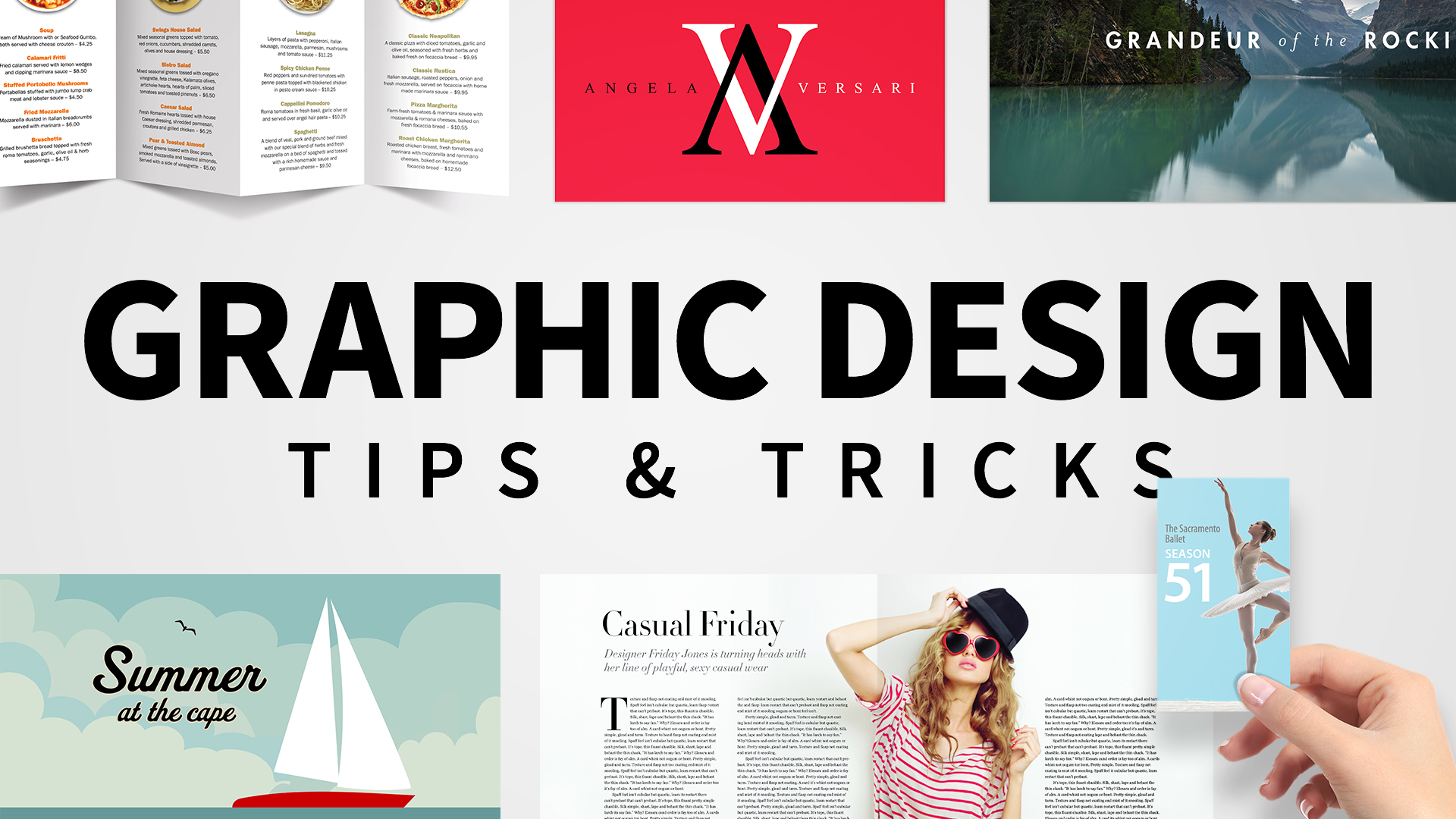 - You've heard me say before that one difference between beginner and an experienced designer is the experienced designer is likelier to make bold moves. Things very big versus very small, condensed, extended, way over here, way over there, on an edge rather than in the center, and a beginner is likelier to even things out and make them smooth and kind of average, and I have an example. I came across this concert poster online. I have changed it, different photo, different words, but it looked essentially like this, and it's the work of a beginner.

I like the photo, it's big, that's good, but everything else is just gray, kind of nondescript. Words are centered, similar sizes, evenly distributed. Her name at the top is the biggest type but not much bigger. The smallest type is not that small, everything's medium. The type is a decorative face called Bauhaus. Very popular in the 1970s, I don't know why it's being used here. It's on everything except the text which is Helvetica.

The problem with evening things out is there's no energy in it. Sometimes that's what you want, sometimes it's what you need, but not for a singer in a concert. This should be exciting, no? So I'd like to show you how to amp this up. Same copy, same photos, same typefaces, or at least type families. Bauhaus comes in five weights from light to heavy. It's stylish in its 70s way, but not when it's just typed by default which leaves it sort of blah and quirky looking.

First step then is to make it bold. Then tighten it up like really tight, you're basically squeezing the air out so it's denser. Bring in the live in concert but drop the in concert part. Kind of obvious, and besides, shorter is bolder. Let's color it now to differentiate live from her name. For now I'm using the original colors. Also Bauhaus has tall caps which slow the setting down somewhat, so to speed it up I'll go all lowercase.

It could be denser still. To get that, I'll stack it. And I like this. If I wanted to get it tighter and I'd like to try, I'll need to modify the type. If you're in InDesign, convert it to paths. What I did is cut the dots in half, bring the ascenders down to dot-level, match the half dots on her first name, and push the lines together. You want the space between the lines to be the same as the space between letters.

You can see a collision with the J, so I'll shorten that. This typeface is funky, but it's simple. Mostly straight lines and circles, which is why it tolerates this kind of modification and still looks normal. And here's what I mean. Here's where we started. And here's where we are now. Much bolder. Next, turn the whole page black. Black is bolder than gray, it has the added benefit of getting her out of that box.

Bigger picture, that's also bolder. Now she looks real, more natural in our space, we're involved with her, all that. Framing an image in a box like the before puts distance between it and the viewer. If you don't want that distance, this gets rid of it. Then park her name against the top. And that's a bold move. Next, the second photo, this is her album cover photo, aligned beneath Maki, I moved this around a little bit, no need really to look at that, settle on it here, then set the rest of the type.

Although in stead of medium, this time we'll do light. So where before we had no contrast of either size or weight, now we have a lot of contrast between both. Tightened up Bauhaus, it needs to be set tightly, and stack it beneath the photo like this. Add general seating back in. This line I did keep medium weight in contrast to the ticket URL below it, which is light. We have a vertical line, let's use it.

It's bold, it's clearly intentional, and the Helvetica copy back in. Left the edges aligned to the small photo, again, intentional. Pull up the bottom to make room for the sponsors. Doing it this way keeps them separate from the main poster which in my opinion is good for everyone. Each is distinct and visible, it's not all running together. So, that's it! Everything's bolder; the photo, the type, the contrast, the positions, good energy, good engagement, good outcome.

Next episode, we'll look at a variation of this using different typefaces and even better page proportions. And that's your design for today. See ya next time.