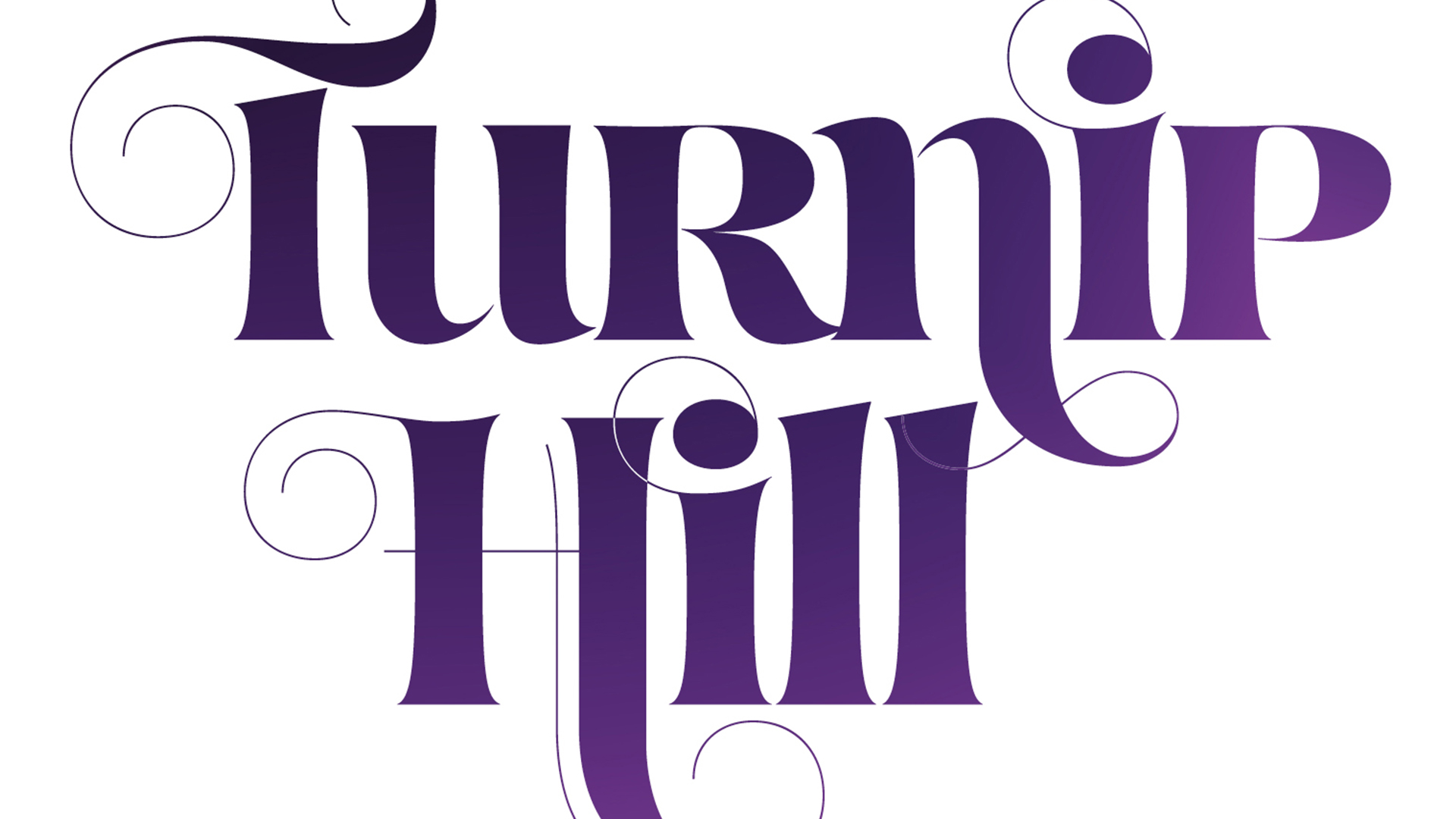 - The opposite of tight, of course, is loose, where instead of bringing the letters together, you move them apart. It can be anything from slightly relaxed spacing to monumental spacing to panoramic. An example of slightly relaxed is the subhead beneath this logo. It's about half again what normal spacing would be. Pretty, isn't it? The spacing adds white, which quiets the setting, slows you down, leads you to weigh each word carefully. You get the sense that these words have been intentionally chosen with care and you linger on them.

You savor them. It's context-sensitive. You wouldn't use this spacing on sewage sludge and synthetic fertilizers because we can't possibly savor those words; we don't want to linger. An example of monumental spacing is the titling on the US Treasury building. You see this often on buildings and other monuments, Roman style uppercase letters spaced about double what they would normally be. It conveys a sense of power, grandeur, majesty.

This is a job strictly for uppercase type. Lowercase is too soft, too round, not formal enough. It doesn't have the power that the setting demands. The widest spacing is panorama. This is just vast, edge to edge, larger than life. You see it a lot in the movies to project drama, sweep, expansiveness. On the web or in paper magazines, panorama draws you in.

There's a transparency to it, like you can just pass through the type, almost like it's being projected in the air and is not part of the scene. Functionally, wide spacing is really easy to work with because what it does is disconnect the letters so there's no interaction. It doesn't matter what letter is next to what. They just all work, and in almost any typeface. A few tips. I'll always start with uppercase, mainly because all the characters align.

The top and bottom edge is a smooth horizontal. Upper and lowercase characters bounce up and down a little bit. It works in both serif and sans serif styles, although generally speaking, I'll start with a serif. It's congruent with the whole aura of grandeur that the spacing creates. If you're just slowing the viewer down to savor the words, like we saw earlier, sans serif type works fine. There are other ways to disconnect your letters that are more decorative and much less formal. Check this out, a cool mid century setting in this super thin typeface called Swifty.

This is fun, just put each letter in a box. And by the way, when you're going for a known look like this and you need typefaces or color, just Google it. In this case, I Googled 1950s paint color chips and this palette came up immediately, which I then used to recolor the setting and keep the authenticity. Circles work for this, vertical dividers, whatever you can think of. It's fun and it's easy. To review so far, treat display type as art and work it letter by letter; don't just type it.

Generally speaking, set big type tighter unless it's to be seen from a distance. Loose spacing is how you slow your viewer down, create words to savor, and it's especially easy to do.

5/2/2017
Whether you're browsing the web, picking up groceries at the supermarket, or driving past colorful billboards on the freeway, typography jumps out as a distinctive part of the landscape. Type is a universal design tool—freely available, endlessly versatile, incredibly expressive, and fun to work with. Knowing how to harness its power is essential to effective design. In this course, learn how to do just that.

Join John McWade as he explains how to design in a variety of styles and voices using display type, which is type that's set at headline size and above. He discusses type families that include strikingly expressive characters, shows how to combine typefaces, shares how to avoid common design flaws, and takes you through working with type in photos. This art form is applicable to print advertising, brochures, magazines, posters, fliers, slide decks, and much more.
Topics include: