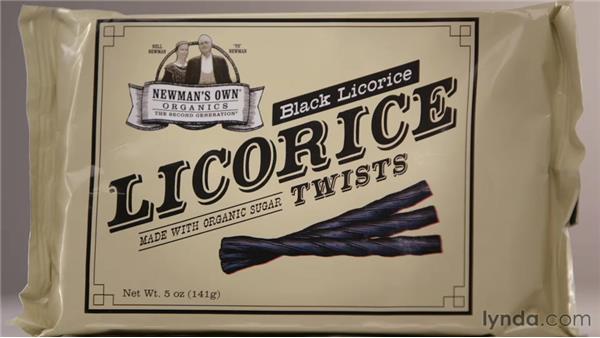 Join Ina Saltz for an in-depth discussion in this video Hierarchy and functionality, part of Graphic Design Foundations: Typography.

We're surrounded by type all of the time, so how does type stand out in a busy environment? Specifically, how does typographic hierarchy work? Hierarchy is the way type is organized in order to indicate levels of importance to the viewer. Within the world of packaging, there are two different kinds of hierarchy. One is how well does the entire package separate itself from the other packaging all around it and how does it project its individual personality? The second level of hierarchy is within each package are there clear levels of typographic hierarchy indicated by size, weight, color, orientation, and adjacency.

Those graphic techniques are the designer's tools. Kettle Chips try to distinguish themselves as healthier chips. The roughness of the typography suggests that the chips are less processed. The logo stands out because of its size, its prominent position at the top, and because of the big swoosh of the K over the T creates action. The logo's irregular base line and woody texture suggests that the chips are organic. Popchips on the other hand have a slick fun modern look.

The Os of the logo are popping out just like the name. The I is implied by the space between the H and the P and by the big dot over the imaginary I. the word pop is bigger, it's literally popping. It's a modern minimalist approach to a chip, distinctly different in this category. The typographic hierarchy on the package is clear based on the size of the secondary pieces of text, all natural, the variety of popchips, and the description is all the way at the bottom which are smaller and therefore less important.

Here is a good example of two companies selling the same product in entirely different ways. Tire Tread Licorice takes a typographically aggressive approach. The name of the product, the type style of the product, and the actual product all send the same strong message. On the other hand, Newman's Own Licorice takes a calm approach, using traditional elements and an old-fashioned type style. The hierarchy is created by size. The word licorice is the most important, then the image, then the other descriptive information, Black Licorice, Twists, Made With Organic Sugar.

I love looking at wine labels because there is so much typographic diversity and personality. These labels are both striking and memorable but for different reasons. The rojo mojo label uses a minimalist geometric sans serif. Note that the R and the M don't even have a stem. The designer looked at the name and envisioned four Os connected by the J. The SHIRAZ and the black text here below the name are obviously secondary. It's a type and inevitable construction.

It's all about the type, it stands out because of its simplicity and strong contrast. On the other hand, this is memorable because of the overlay of the brush written T on a very formal Roman T and the sideways orientation of the rest of the label. It's asymmetrically aligned. Bodega and Tamari are flush left. Rerserva is centered and the slash of the malbec line aligns with the serif of the big red T. Other type is tucked into the footer serif of the T.

It's dynamic, it's mixing several typefaces beautifully. With the cropped off letters you feel as if there is action beyond the edges of the label. They're both graphically strong, but completely different from one another. All of these packages in their own way strive to stand out from the competition and to define themselves by appealing to a different demographic through their use of typography and design. To recap, hierarchy is the visual organization of text. Employ techniques to make your design stand out.

show the viewer what to read first, second third, and so on. Creating hierarchy is simple. Size and weight matter most, color and contrast and position in the composition matter too. Creating visual prominence and setting priorities for the viewer is something you can do. 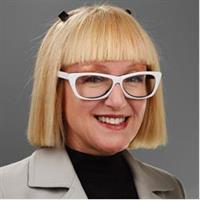